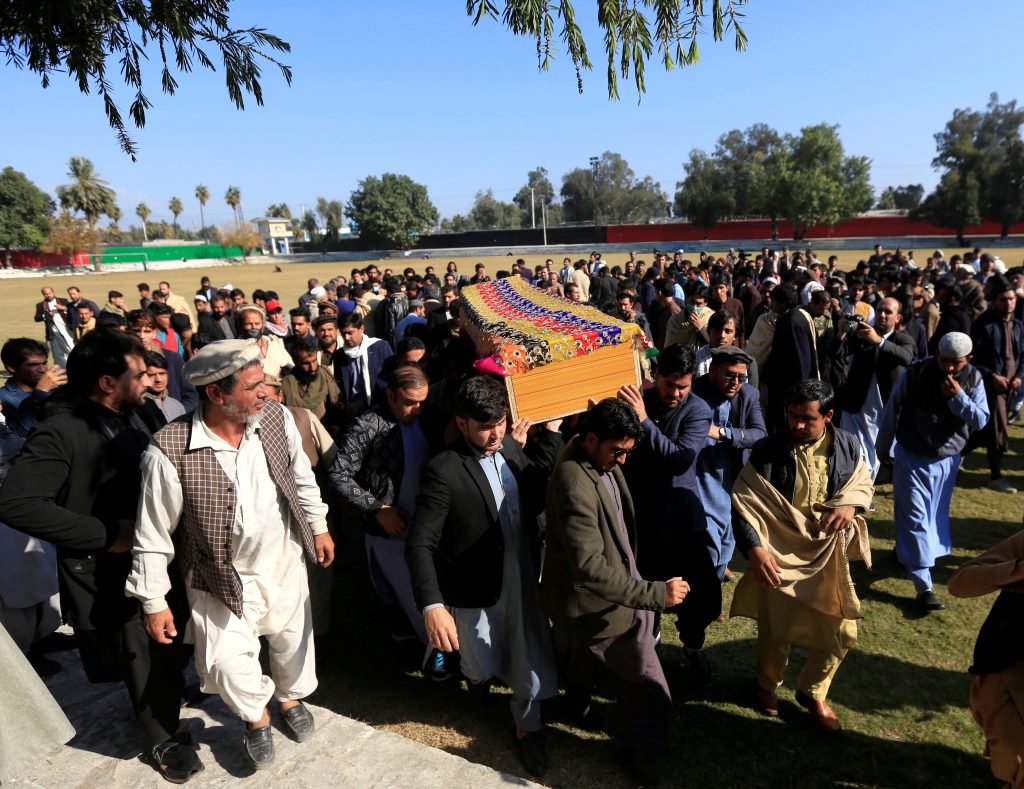 In recent months, Afghan journalists and media workers have been subjected to unprecedented levels of attacks. In just four months, twelve journalists have been killed and many more have been targeted. The chilling effect of this violence is the creation of a kind of fear that we have never felt before. My fellow journalists tell me that they were not this afraid when going to work even in the wake of the horrific attacks on Tolo News in 2016 and Shamshad TV in 2017, as well as others. Since the start of the intra-Afghan talks in September 2020, journalists and media workers have become key targets and victims of rising violence.

This is not just a trend in Kabul – the risks media workers face are even greater in provinces across the country. On March 2, in a devastating loss for their families, communities, and press in Afghanistan, three young women – employees of a TV network in Jalalabad – were shot dead on their way home from work. A fourth was wounded. Another journalist, Bismillah Adel, who had recently moved to a safe house for journalists in Kabul, was killed in Badghis in January shortly after he arrived to visit his family. Nearly two months later in February, the gunmen attacked Adel’s family home, murdered three other members of his family, wounded four, and kidnapped another three. The tragedies and killings go on. Elyas Dayee, who worked on the frontlines as a journalist for twelve years, was killed by a magnetic bomb in Helmand in November 2020. Yama Siawash, a well-known anchor on Tolo News, was also killed by a magnetic bomb in Kabul the same month. Malalai Maiwand, a well-known presenter on Enikas Radio and TV, was shot dead on her way to work one month later in Jalalabad. These are just a few of the ongoing targeted killings of journalists and media members. There are too many to list here. Women find themselves at the greatest risk with increased threats and attacks, and many are forced to leave their jobs. This week, a new report revealed that in the last six months, there has been an 18% decline in the number of women working with the media in Afghanistan. This represents yet another immeasurable loss for Afghanistan.

Recently, I visited a visa processing site at one of the few countries still offering entry visas to Afghans. “The demand for visas is at the highest it has ever been,” I was told. “People are selling their properties in order to leave the country seeking safety.” Many journalists are at the top of the list for visa applications, mostly supported by the network that employs them. At the visa center, I saw a fellow journalist, noticeably dressed differently than he normally does, to disguise himself, he tells me, from those who might be targeting him. He was here with his wife and toddler, hoping to leave “at least for a short while.”

Until recently, a free press and a flourishing, vibrant media scene has been one of our major achievements of the past twenty years. Afghanistan’s free press was rated more favorably and higher on the list in the South Asian and Central Asian region by Reporters Without Borders for many years. Afghan journalists have worked under enormous pressure to earn this accolade. We take risks every day but also take immense pride in having a thriving media landscape in our country, being able to provide the essential service of access to information for the Afghan people, strengthening our nascent democracy, and contributing to a more prosperous future for our country.

Our work is more important now than ever before. Amidst the escalating violence, we continue to inform, remain impartial, and promote democratic values. In return, the people’s demand for real and true information has not changed and we continue to deliver to them.

Rightly so, the media have become part of the big success story of the international community’s engagement in Afghanistan. This industry grew from just one Taliban-propaganda radio station in 2001 to hundreds of radio and TV stations, newspapers, journals, and dozens of news agencies reporting from across the country. Much of these are privately owned, and the government also has its own press agency, TV, radio, and newspapers.

In the last six months, Afghan journalists have found ourselves under attack for reporting the reality of what is happening in the country and what it signals for the future. The nature of these attacks has also changed. Across the country, attacks have focused on individual journalists on their way to work, via magnetic bombs or anonymous gunmen. In the past, terrorist groups would take responsibility for these attacks. That has too changed. Many of the killings and attacks go unclaimed, and a cycle of impunity has taken hold.

From daily reporting and conversations with Afghans, it is clear that opposition groups are using fear and terror to silence and reject the new face and generation of Afghans who have grown up in post-2001 Afghanistan. This generation does not believe in draconian rules, such as the power structures that Afghans lived under during the 1990s. Our people know that these new tactics of violence and coercion are a deliberate attempt to muzzle a young population that believes in democracy, who value a free and independent press, and those who aspire for a better future. What we see today is a clearing of the path for those who wish to suppress diversity, freedom, and accountability.

These attacks have created unprecedented challenges for journalism. They have forced journalists to self-censor, leave their profession, and flee the country for their safety, a catastrophe for a once flourishing media and democracy landscape in Afghanistan. To top it all, because seeking sanctuary in Europe is not an option, many journalists leave for neighboring countries, where they will likely remain unemployed. These attacks have also affected the delivery of information, although it is not yet being felt outside of Afghanistan. These killings are not only creating fear among journalists on the frontlines but have also led to a lack of trust and deteriorating hope in the peace process.

If this assault on Afghanistan’s media continues, its victims will come to include not only journalists and media workers, but also general access to information, democracy, and the rule of law. Protecting a free and independent press must be an urgent priority for all actors involved in major decision-making processes now and in the future in Afghanistan. We must preserve this fundamental pillar of a free and pluralistic society to honor the sacrifices of the many we have lost but also to support and stand by a nation reaching for peace. Without journalists, people will live in darkness. Without a free press, a just and peaceful society will not survive.

*Popal is a veteran Afghan journalist who has been working with Afghan media for over twelve years. The author’s identity has been anonymized for safety and security reasons.

Makhfi Azizi is the director of the Campaign for Afghan Women and Girls at the Feminist Majority Foundation as well as a guest editor and an expert adviser on the Atlantic Council’s Strategic Dialogues on Afghanistan.

The prospect of a political settlement with the Taliban is testing Afghanistan’s nascent democracy more than ever before in the last eighteen years. Indeed, the country’s hard-won republican system, which the Taliban opposes in favor of a narrow Islamic Emirate, is currently facing an existential threat. It must be protected and strengthened at all costs.

Image: Afghan men carry the coffin of journalist Malalai Maiwand, who was shot and killed by unknown gunmen in Jalalabad, Afghanistan December 10, 2020. REUTERS/Parwiz