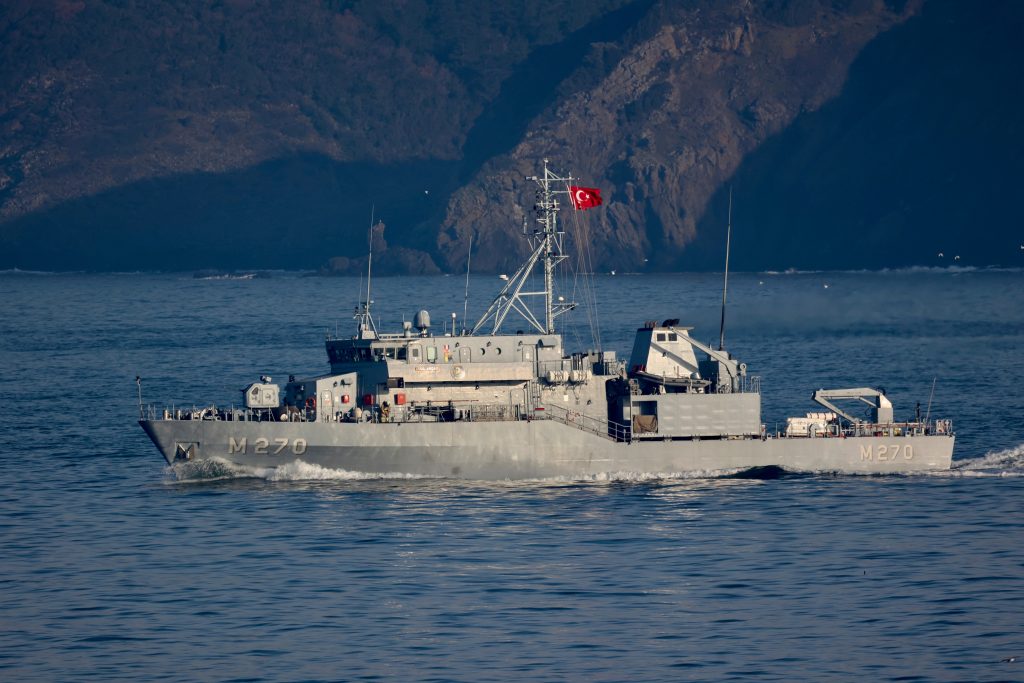 Sitting astride the European and West Asian land masses, the Black Sea region is vital to NATO’s security. Longstanding rivalries have turned the region into a contested space. Amid the risks of the Russia-Ukraine war dragging NATO into a broader conflict with Moscow, it’s time for the Alliance to also address a critical, related challenge: energy security along its southeastern flank. Like many of NATO’s continental members, the Black Sea’s littoral states are also dependent on Russian energy, and the region is a vital conduit for (primarily piped) oil and gas imports to Europe. Potential energy supply-chain disruptions there could fundamentally disrupt joint military capabilities and Alliance cohesion.

Since the start of the war, NATO has positioned additional forces in the region, notably in Romania and Bulgaria, to thwart Russian aggression. While these reinforcements have enhanced Alliance capabilities and sent strong messages to friend and foe alike, it is unclear whether the energy systems of these host nations can accommodate an even greater influx of personnel and equipment. Local grids support critical infrastructure upon which the Alliance depends for everyday operations. Furthermore, what happens if these power sources were to come under attack? To address the Black Sea region’s energy security vulnerabilities, NATO must prepare a coordinated response at the political and joint military operational levels. The Alliance’s focus on its southeastern flank at the moment presents an opportune time to look for answers.

This isn’t just about the energy security of NATO members along the Black Sea. Europe’s NATO members are systemically dependent on Russian energy: Roughly 40 percent of all hydrocarbons they use are imported from Russia. Relying on a hostile source of energy has clear national security and military operational ramifications. A recent and clear example of energy coercion is Russia’s April 27 decision to stop gas shipments to Poland and Bulgaria for failing to pay in rubles—a wartime demand designed to skirt sanctions and split European Union solidarity against the Kremlin. Still, Russian energy exports to the rest of Europe continue, generating revenue to support the Kremlin’s aggression in Ukraine and elsewhere. Ensuring alternative, affordable energy supplies to NATO’s European member states is an impossibility without considering the Black Sea region’s unique geopolitical and geographic attributes.

In addition to seeking out non-Russian fossil fuels abroad, regional member states are expanding domestic production of hydrocarbons. Romania and Turkey are developing offshore Black Sea reserves, yet are encountering harsh conditions there. Romania is particularly vulnerable to Russian coercion and is seeking Western partners to reconstitute its land-based and offshore reserves. For instance, Romania’s older wells need advanced technologies to keep them in production. Turkey is an example of a successful energy diversification effort; Ankara has expanded domestic production of fossil fuels in the Black Sea but is also aggressively enhancing its energy infrastructure to include growing its nuclear power generation. Other regional solutions should include unconventional extraction, such as hydraulic fracturing; nuclear power, including from small modular reactors; renewables; and hydro power for a reasonable blend of sources.

At the same time, regional states must be willing to expand energy infrastructure and improve the resilience of the critical pipeline network, most of which supplies both civilian and military customers. For example, the NATO Pipeline System, which has existed since the early Cold War days and delivers petroleum products, should be expanded to support forward-deployed assets. For NATO’s Black Sea security posture, the Northern Italian Pipeline Systems and Turkish Pipeline System need to be modernized with more, hardened storage facilities. Finally, alternate routes and transportation modes, including by road, rail, and barge must also be devised and undergo proof of concept testing. It should be noted that the Three Seas Initiative has proven to be an important multinational venue, outside of NATO, with which to address broader energy security issues on Europe’s eastern tier.

NATO’s military options to source and distribute operational energy in the Black Sea region are limited. Supply-chain disruptions, changing tactics, evolving force structures, and energy-hungry weapons systems add further stresses to the Alliance’s energy needs. The Russia-Ukraine war has underscored how NATO can no longer assume energy on demand in a vast battlespace against an adversary with advanced anti-access/area denial capabilities. Indeed, NATO’s military logistics and supply-chain systems are now potentially challenged like never before.

Modern militaries that effectively manage operational energy will be rewarded with success. This not only requires better joint command and control of liquid fuels, but power generation and distribution, and the ability to leverage these assets into enhanced capabilities. The Aegis Ashore facility in Deveselu, Romania, which provides critical integrated missile defense but also needs an uninterrupted power supply, is an example.

An attack in the Black Sea region could have unexpected political or military consequences and simultaneously disrupt member-state energy flows and weaken joint operational capabilities just when the Alliance needs them the most. While NATO’s political leaders must address supply constraints through realistic energy policies, its military leaders must also recognize the evolution of the modern battlespace because of operational energy considerations in time to limit the impact on capabilities.

Arnold C. Dupuy is a nonresident senior fellow at the Atlantic Council IN TURKEY, a faculty member of the US Naval Postgraduate School, and Chair of the NATO Science and Technology Organization’s SAS-183, “Energy Security Capabilities, Resilience and Interoperability”.

The Atlantic Council IN TURKEY discusses Turkey’s importance for Ukraine, Turkey’s stance towards the war between Russia and Ukraine and its efforts towards mediation with Yevgeniya Gaber.