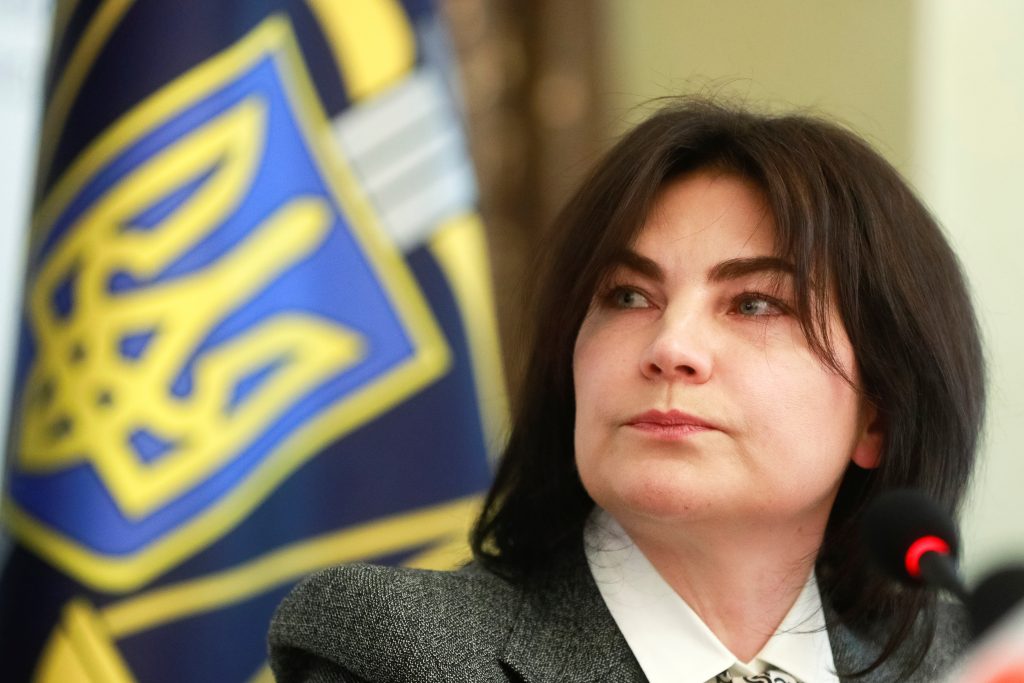 Since Ukraine regained independence in 1991, successive attempts to reform the country’s prosecution service have met with limited success. This has remained one of the major obstacles to overcoming Ukraine’s post-Soviet legacy of flawed criminal justice and systemic corruption.

I recognize that public trust in the rule of law can only be regained by actions and not words. The challenge is to take advantage of high-level support from Ukraine’s president and parliament along with our international partners in order to achieve the comprehensive transformation of the prosecution service.

We have now adopted a vision for reforms that will establish a modern European prosecution service marked by integrity, professionalism, and independence. Our 2021-2023 development strategy embodies this vision with a focus on three inter-related strategic directions: building a team of professionals; applying the highest standards of integrity; and pursuing evidence-based criminal justice policies without fear or favor.

The re-attestation of prosecutors reflects our commitment to employing professionals with high levels of integrity. From a total of approximately 12,000 participants, around 7,700 have successfully passed the attestation process. In order to succeed, candidates had to pass professional and adaptive ability testing, along with a comprehensive background check and an interview process. Following this vigorous vetting procedure, one-third of Ukrainian prosecutors left the system. 80% of this re-attestation process has taken place since spring 2020 under my leadership.

In addition, according to existing Ukrainian legislation, anyone who failed to pass re-attestation will be able to return to the prosecution service without undergoing any further procedures once the transition period is over in September 2021.

The Ukrainian parliament is currently reviewing draft amendments which, if adopted, would make it impossible for failed prosecutors to return. We call on all stakeholders to support this bill and safeguard reforms. This support is vital.

Meanwhile, we are launching a competition to hire new prosecutors. This recruitment process will include several stages of scrutiny, with representatives of international partner institutions included in the Selection Commission. We aim to establish unprecedented levels of transparency and fairness for all candidates.

The recruitment of new prosecutors is just the beginning of a far more comprehensive process of structural reforms, with the aim of ensuring a transparent and effective system for professional growth and career development within the prosecution service. As part of this effort, we are initiating a new individual performance evaluation system. This will allow us to evaluate the performance of prosecutors based on predefined and objective criteria.

We are heavily investing in advance and in-service training for our professionals. In particular, we have transformed the outdated and overly bureaucratic Academy of Prosecutors into a modern Training Center. Our approach includes the provision of needs-based training programs and increasing outsourcing practices along with “training of trainers” programs for prosecutors with the support of our international partners.

We are committing significant resources to the analysis of systemic problems, both in terms of the prosecution service and in terms of criminal cases and relations with other institutions. This new knowledge is used to develop internal regulations in the form of Guidelines for Prosecutors. The aim is to protect human rights, reduce red tape, and increase the overall quality of our work.

As part of efforts to achieve an evidence-based criminal justice policy, we are engaged in the constant analysis of crime statistics and are implementing a Ukraine Crime Survey. This new instrument will provide us with a range of very useful additional data, including increasingly detailed knowledge of crime and victim information from every region of Ukraine. This will help us to develop a criminal justice policy that targets specific problems on a region-by-region basis. The result will be enhanced public safety.

By utilizing the most effective modern technologies, we plan to reduce bureaucracy and boost efficiency. We will speed up internal communication and decision-making processes, while standardizing documents and improving quality throughout the prosecution service. The relevant draft law is currently under discussion in the Ukrainian parliament. We hope to see it adopted in the near future.

The prosecution service plays an important part in the fight against corruption. Following Ukraine’s 2013-14 Revolution of Dignity, specialized anti-corruption institutions have been tasked with tackling impunity to high-level corruption. The Specialized Anti-Corruption Prosecutor’s Office (SAPO) is one of the key elements of Ukraine’s anti-corruption criminal justice framework. With this in mind, the importance of the ongoing selection process for the new SAPO leadership cannot be overestimated.

Out of 11 members of the Commission, seven were appointed by the Ukrainian parliament. A further four members were appointed by the Council of Prosecutors of Ukraine: Roman Kuybida, a prominent Ukrainian lawyer; Nona Tsotsoria, former Judge of the European Court of Human Rights; Drago Kos, former Chairman of GRECO and former Chairman of the Commission for the Prevention of Corruption of Slovenia; and Thomas Firestone, an American lawyer and former US Attorney.

Our goal is to ensure a transparent, merit-based, and independent selection process so that the new leadership of SAPO enjoys public trust and is well-equipped to deliver the required performance along with institutional development. As soon as the appointment is made, it is my intention to transfer all the necessary prosecution powers to the newly selected head of SAPO in line with legislation.

We are taking bold steps to end impunity among law enforcement officers who fail to protect human rights to the highest standards. Last year, we established a new unit at the Prosecutor General’s Office, the Department for Procedural Guidance in Criminal Proceedings on Torture and Other Serious Violations of Citizens’ Rights by Law Enforcement Agencies. The head of this new unit has an outstanding professional background of working with the non-governmental sector and has already achieved significant progress.

We are also prioritizing the development of our professional capabilities to address domestic and gender-based violence. The establishment of a new unit at the PGO responsible for these issues is currently under consideration. We have seen an increase in gender-based violence in recent years, with much of this growth linked to the trauma experienced by people as a result of ongoing Russian aggression against Ukraine.

We are increasing our inter-agency efforts to counter gender-based violence on three fronts: prevention, protection, and prosecution. Work is underway to accelerate adoption of the Council of Europe’s Istanbul Convention on domestic violence and violence against women. Our aim is to facilitate the ratification process and implementation into national legislation.

The prosecution service works very closely with the respective NGOs to develop a practical strategy and suitable action plan in this area. We currently employ a zero tolerance approach to gender-based crimes, and this is reflected by the actions of our prosecutors.

Our public outreach efforts will prioritize continued work with the business community, enabling them to communicate their concerns regarding law enforcement. We have developed a special Investment Protection Unit which studies existing problems and will produce the relevant guidelines and procedures to ensure that any engagement between law enforcement and businesses is fair and effective while being kept to an absolute minimum.

We are currently working closely with the European Business Association and the American Chamber of Commerce. At this stage, we want to conduct research and explore the most problematic aspects of interactions between prosecutors and the business community in order to help standardize the activities of prosecutors. Respect for the rule of law, the protection of rights, and the equal treatment of all are the keys to our success.

Ukraine is rich in natural resources and possesses considerable industrial infrastructure. Some people have chosen to build businesses while utilizing resources that belong to the state. Furthermore, large quantities of Ukrainian natural resources are now in the hands of oligarchs as a result of questionable schemes.

Sustainable economic development is vital for Ukraine. This sustainability depends on the preservation of the country’s natural resources. We plan to establish a specialized prosecution department for the protection of the environment. The aim is to save the environment and punish those responsible for the illegal use of Ukraine’s natural resources. This will be a very important instrument in the struggle against the illegal monopolies of the oligarchs.

Our vision for Ukraine’s prosecution service is ambitious. We aim to achieve fundamental and systemic change. Through professionalism and leadership, we believe we can gain increased trust in our work.

Iryna Venediktova is the Prosecutor General of Ukraine.