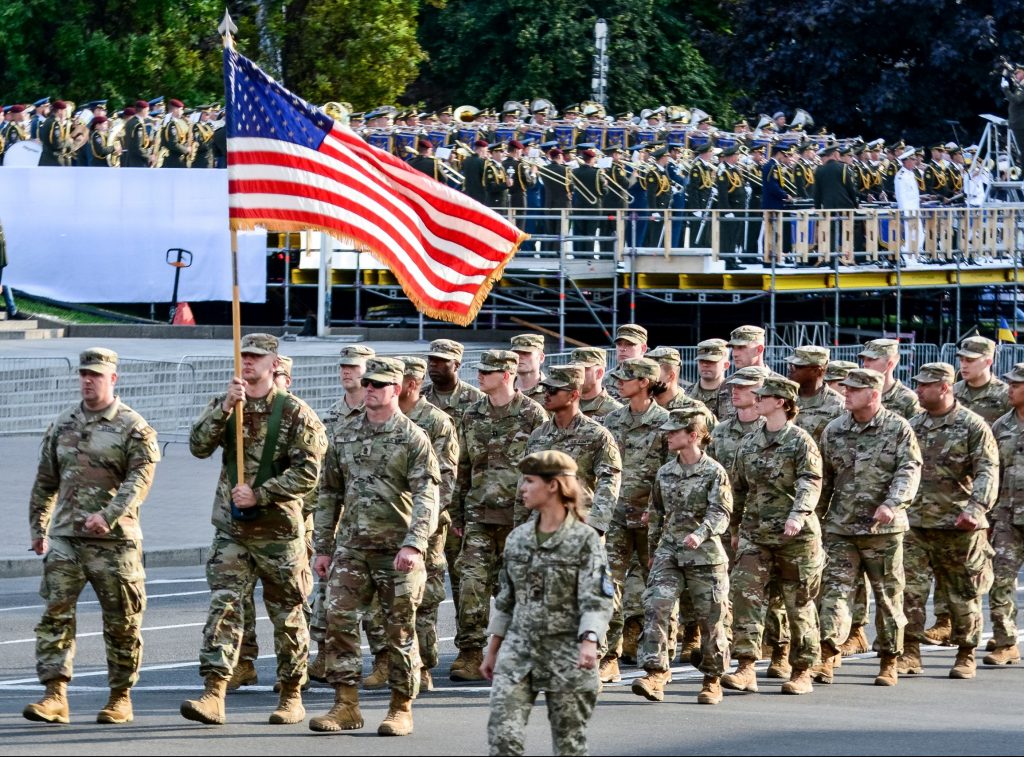 The geopolitical split between Ukraine and Russia is irreversible as long as Vladimir Putin remains in the Kremlin, but the Russian leader shows no signs of relenting in his campaign to undermine Ukrainian sovereignty. Now in its eighth year, ongoing Russian aggression against Ukraine represents one of the greatest challenges to global security and has the potential to destabilize Europe for decades to come. With this in mind, US President Joe Biden must use his August 31 White House meeting with Ukrainian President Volodymyr Zelenskyy to demonstrate America’s readiness to reinforce its support for Ukraine and defend the rules-based international order.

Since becoming president of Russia 21 years ago, Putin has sought to deprive Ukraine of its sovereignty and block its path towards integration with the European Union and NATO, all in flagrant contradiction with the principles of the UN Charter and Helsinki Final Act. By destabilizing Ukraine and even seizing some of its territory by force, Putin hopes to bring more pliable leaders to power in Kyiv that would enable Russia to force Ukraine back into Moscow’s sphere of influence.

Putin’s efforts to weaken Ukraine, stoke inter-ethnic and religious tensions, undermine reforms, fuel corruption, and discourage Western investment are designed to diminish the appeal of Ukraine as a model for the Russian people, while also making the country an unattractive candidate for the EU and NATO. What Putin fears most in Ukraine is not the expansion of the EU or NATO, but the penetration of Western ideas such as democracy, individual liberty, and the rule of law, values that could cement Ukraine’s reorientation toward Europe and serve as the catalyst for similar demands within Russia that could jeopardize Putin’s authoritarian system.

Ensuring that Putin doesn’t succeed is essential to the future of the international rules-based order that the United States and its allies have forged and defended since 1945. This order is based on the sovereignty of states and the freedom to choose their own destiny. That is why Ukraine’s fight for freedom is our fight as well. For if Putin does succeed, Ukraine will not be the last victim of Russian aggression.

Since the illegal annexation of Crimea and the Russian occupation of parts of eastern Ukraine in 2014, the West has sought to deter Russia from seizing more territory through a combination of economic sanctions and military assistance to Ukraine’s armed forces. These measures have aimed to show Moscow that it will pay a heavy price for any further aggression. But the deterrence value of the West’s response remains tenuous.

Putin is clearly frustrated at having failed to ignite the chain reaction of pro-Moscow separatism that he expected in 2014, or to turn Ukraine into a failed state. On the contrary, he has united Ukrainians from all parts of the country, regardless of their ethnicity or first language, behind a vision of closer integration with Europe, and he has created the strongest sense of Ukrainian national identity in living memory.

Despite these setbacks, the Russian leader is defiant. Putin’s recent pseudo-historical essay asserting that Ukrainians and Russians are “one people” suggests he is ready to double down in his efforts to undermine Ukrainian statehood. Russian forces remain postured for new attacks on land or at sea, and Russia has intensified its disinformation and cyber warfare activities to disrupt Ukrainian society.

With the United States struggling to cope with the debacle in Afghanistan, and with US allies now questioning America’s readiness to uphold its commitments, Putin may be tempted to exploit this opportunity and stage a new provocation in Ukraine. Russian military targets could include the seizure of the North Crimean Canal in southern Ukraine, which used to provide up to 90% of Crimea’s water supply before being blocked in spring 2014 following the Russian occupation.

This makes it imperative that President Biden use his August 31 meeting with President Zelenskyy to significantly bolster the US commitment to Ukraine’s security and its Euro-Atlantic aspirations. US measures in support of Ukraine should include provision of additional defense equipment crucial to deterring Russian aggression such as anti-armor capabilities, air defense, anti-ship cruise missiles, and reconnaissance drones.

The US should also commit to expanding the presence of US and NATO maritime forces in the Black Sea, and to integrating Ukraine (and Georgia) in an expanded program of NATO exercises in the region. While a NATO security guarantee is not on the cards right now, the US should announce that it will increase the rotational deployment of US air and ground forces to Ukrainian bases and training ranges, and that it will encourage other allies to take similar steps to underscore NATO’s commitment to Ukrainian security.

These steps would be in America’s national interests. Ensuring Ukraine’s security today increases the prospects that future Russian leaders will pursue a more constructive policy toward Ukraine and pose less of a threat to international security in general.

Alexander Vershbow is a Distinguished Fellow at the Atlantic Council’s Transatlantic Security Initiative and Eurasia Center. He is the former NATO Deputy Secretary General, US Ambassador to Russia, and Assistant US Secretary of Defense.