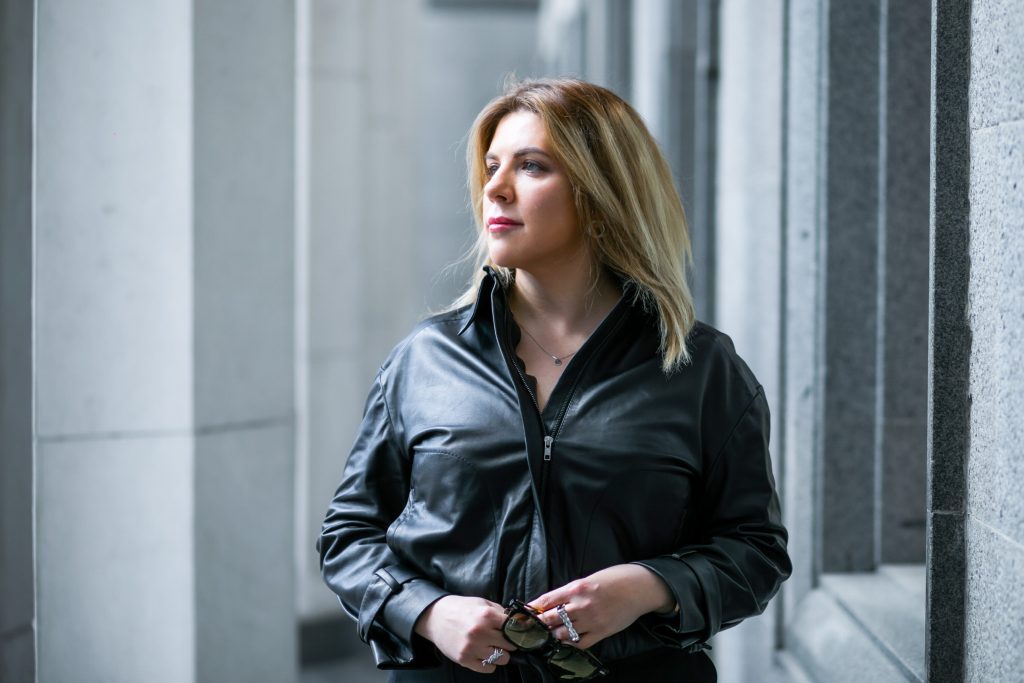 Silicon Valley startups are always messy and often sputter or even fail. Nation-state “startups” such as Ukraine’s fledgling democracy face similar headwinds, but failure is not an option. There are few Ukrainian politicians who understand this process better than Kira Rudik, an IT superstar who entered parliament last summer and now leads the country’s reformist Holos Party.

I first met Rudik a few years ago when we collaborated on a small software project. Today, the former tech sector executive lives her life in the goldfish bowl of Ukrainian politics, but she maintains that everything is much the same as before her election.

“I’m still working 15 to 16 hours a day, seven days a week,” she explains during a recent Zoom interview. “I’m in meetings until midnight and my first appointments the following morning are often at 8am. I am living and eating in my car. It is the same as with startups. You don’t sleep, you work all the time, but you know you are building something great.”

Still only 34 years old, Rudik already has an impressive record of over-achieving. In her relatively short professional career, she has managed to rise to the position of Chief Operating Officer at one of the country’s top IT companies. Rudik’s IT success story began in 2016 when she set up her own company with just three employees. By 2019, Ring Ukraine had offices in Kyiv and Lviv and employed more than 1,000 software engineers, architects, and technologists.

After excelling in IT, she turned her attention to politics. Last year, Ukrainian rock star Sviatoslav Vakarchuk approached Rudik to run in the country’s parliamentary elections as a candidate for his newly created Holos Party. The party fought a successful debut campaign and garnered just under 6% of the national vote, earning 17 seats in parliament.

In March 2020, Vakarchuk handed Rudik the reins, inviting her to lead the party so he could step back and focus on recruiting new members. Ever since, she has immersed herself in policy and become enmeshed in inter-party negotiations, including preliminary talks with other smaller parties to join forces.

One year since embarking on her political career, former Ukrainian startup scene star Rudik has no regrets about the change in professional focus. In terms of parliamentary progress, she notes that Ukraine’s recently adopted banking and land reform laws represent important “milestones”. Nevertheless, she stresses that Ukraine’s government can only succeed if run by reformers who adopt the same fast-moving and innovative culture that drives successful tech startups.

“I think President Zelenskyy is a good guy and I have zero questions about his personal intentions, but he surrounds himself with people influenced by oligarchs. I still believe he could make the right choices when he needs to. And he needs to,” she says.

Just like a business, any country must have a well-defined strategic plan and the kind of professional management capable of executing this plan, she argues. “I am not currently convinced Zelenskyy has this ability to be innovative or bold, but it’s the only way to survive and move forward.” The bold moves Rudik has in mind include mass digitization to eliminate corrupt intermediaries, the removal or lowering of taxes wherever possible, and putting the right people in place.

Unsurprisingly, she sees Zelenskyy’s spring 2020 purge of reformers from top government posts as particularly alarming. “Replacing a team of reformers with old faces who worked during the Yanukovych regime, who are old-style managers lacking courage and imagination, or who are comfortable with corruption, is putting the country’s future at risk,” she says. “Ukraine has to start doing things differently. The fact that we are not already doing so is upsetting.”

Rudik’s greatest concern is the creeping return of Russian influence. “A lot of the people around Zelenskyy have ties to Russia or appear inclined to favor closer relations with Moscow. He simply cannot keep surrounding himself with people who only know how to steal and those who want to drift toward Russia,” she says.

With talk of Russian revenge a prominent feature of political life in today's Kyiv, Rudik believes any attempts to surrender Ukraine’s national interests would be met by strong popular opposition. She points to the country’s vibrant civil society, which remains vigilant for any hint of a looming capitulation to Russia regarding Crimea or the Donbas. “The prerequisite for any elections in the Donbas is that the Russians adhere to a ceasefire for six months. Only then should the next steps be discussed,” she says. “Anything else would be deadly for Ukraine. If that happens, there will be a new Maidan.”

Despite facing grave political challenges and an overwhelming workload, Rudik retains the optimism and energy that previously helped her build and grow businesses in the private sector. So far, she remains upbeat about leaving her lucrative tech industry role behind for a new career in public life. “I never get depressed. I’m in fight mode,” she says with a smile. “All Ukrainians are.”

Nevertheless, Rudik recognizes that Ukraine is currently at a crossroads in the country’s history and believes the window of opportunity for the current government may already be closing. “In my opinion, the chances for meaningful reform in Ukraine are fading. If Zelenskyy doesn’t change the government culture soon, he risks being seen as the president who missed the best chance for generations to fundamentally reform Ukraine.”

Image: Introducing startup culture into Ukrainian politics: Kira Rudik is a former IT industry superstar who was elected to parliament last summer and is now Holos Party leader.