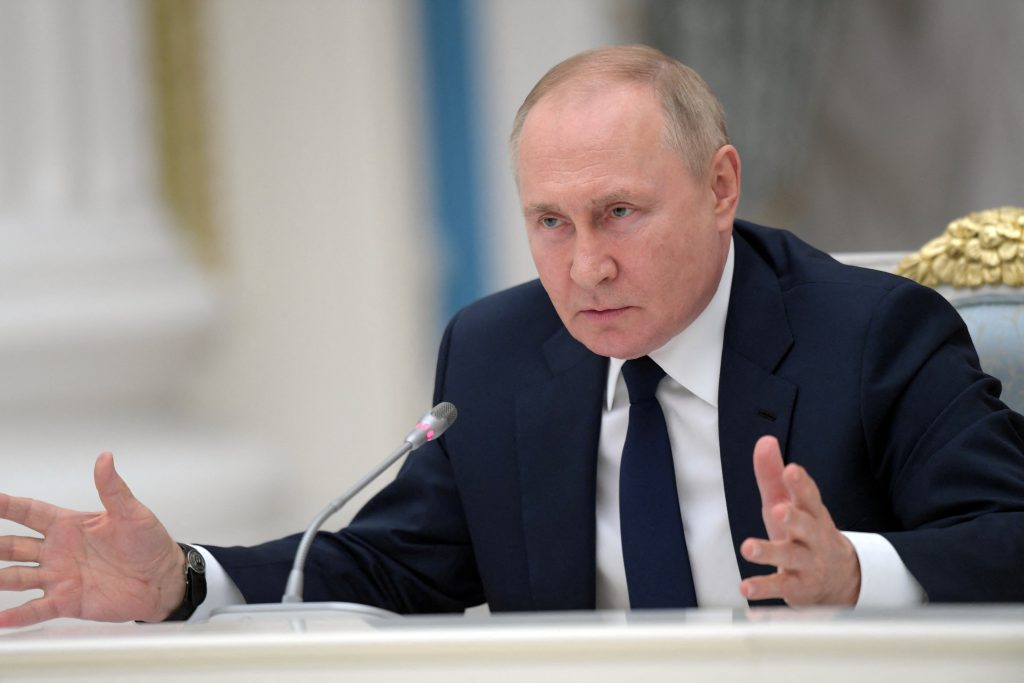 Since the middle of June, Russian producer Gazprom has reduced gas flows via the Nord Stream 1 corridor to Germany by around 60% of daily contract quantities, prompting the federal government in Berlin to raise the alarm level to alert (the second out of three warning levels) and to prepare for worse to come. Gazprom has argued the curtailment was caused by the fact that a turbine needed to operate Nord Stream 1 which was sent to Canada for repairs could not be returned because of sanctions.

Some observers have called Gazprom’s bluff and argued that its actions appear politically motivated. They have pointed out that if Gazprom was a genuinely commercially-minded company, it would have offset the drop in Nord Stream 1 supplies with ramped-up deliveries via the Ukrainian transit route. Instead, the state-owned Russian energy giant has preferred to keep limited transit volumes via Ukraine, sending only 40% of the deliveries it is expected to ship to Europe via this route since mid-May.

With a ten-day planned maintenance on Nord Stream 1 scheduled from July 11, there are voices suggesting Gazprom may use the outage as an excuse not to resume flows after July 21, triggering further mayhem across gas markets. While there is a possibility that Russia would reduce supplies to minimal levels or cut them altogether, the amount of damage it can inflict and the ability of Europe to withstand a challenging winter will depend on the measures that are put in place now.

So far, Russia’s use of natural gas supplies as a political weapon has been largely successful. Gazprom’s decision not to send more gas to Europe in 2021 despite rising post-Covid demand, its supply curtailments to several European countries and companies since the start of its war in Ukraine, and its recent steep reduction in deliveries via Ukraine and Nord Stream 1 have all helped drive prices to record levels.

Whatever Russia has lost by limiting gas supplies, it has gained in soaring prices. These prices have been pushed up, to a large extent, by Russia’s own energy weaponization tactics. Restricting gas supplies now also has longer-term repercussions because it slows down the ability of companies to inject natural gas into storage in order to ensure facilities are 80% full by November 1, as mandated by the EU. More damaging still, it creates a general perception that, in the absence of Russian gas supplies, Europe will be unable to cope with peak winter demand and will face a major crisis.

While the situation is admittedly critical, there are arguments to suggest it would not be impossible for Europe to overcome the impact of a full Russian supply cut providing a number of measures are put in place right away.

Firstly, European countries, and in particular those with a hefty reliance on Russian gas, should start a sustained media campaign explaining the situation to consumers and advising them to reduce consumption over the upcoming months. Those who argue that this is unrealistic should consider the example of Ukraine, which switched from an economy addicted to Russian gas imports to zero offtakes in 2015.

Secondly, the EU should work with neighboring non-EU countries to maximise alternative imports and check that all bottlenecks blocking transmission capacity are removed. In addition to Norway, Azerbaijan and Algeria could also ramp up pipeline exports. The EU should also work with the UK and Turkey to secure imports via their LNG terminals. The EU on its own has an LNG importing capacity of 158bcm/year but when the regasification capacity of Turkish and British ports are added, this could increase by around 50%. The UK has already been importing record LNG volumes this year and exported some of this increased volume to Europe.

The EU should work with Turkey to ensure it signs an interconnection agreement with neighboring Bulgaria and Greece and allows European buyers to access its LNG terminals. The EU needs Turkish importing terminals just as much as Turkey needs European financial support. Admittedly, not all the gas imports to the UK and Turkey would make their way into the EU. Nevertheless, buyers could secure volumes via these routes in the summer to inject into storage in preparation for the coming heating season.

On the transmission side, there is congestion in Germany as well as on some border points such as those between Austria and Hungary and Hungary and Romania. However, most of the bottlenecks that do occur are not caused by technical problems but mainly by regulatory issues. For example, transmission system operators in central Europe still need to decide what happens to the capacity booked by companies which had expected to import gas via the now-defunct Nord Stream 2. Since Germany has pulled the plug on the Nord Stream 2 pipeline project, the capacity inside the German system that was supposed to carry Nord Stream 2 gas to other markets should be released to allow other companies to book it on a more flexible, short-term basis.

A simple survey of the available transmission capacity in southeast Europe and its average usage over the last three months shows that less than one-third of the existing infrastructure is used regionally. Even so, some of that capacity cannot be taken advantage of either because Gazprom has fully booked it but only uses half, as is the case of the interconnector between Bulgaria and North Macedonia, or because some transmission operators and regulators have banned the export of gas from internal markets to some neighboring countries, as is the case with Romania.

Finally, the EU could raise a lump sum to help purchase sufficient gas for the winter season if prices were to soar to new record highs. Such instruments are already being used in support of Ukrainian and Moldovan gas companies and could be extended to the EU as a whole. Offering financial assistance to companies struggling to secure alternative gas supplies would be a more judicious way to deal with the effects of a Russian gas curtailment than tampering with markets through interventionist measures such as price caps.

Creating the impression of an impending gas crisis would suit Russian interests not only because it would continue to lift prices and fill Gazprom’s coffers, but also because it would create the idea that Europe should take a more conciliatory stance to ensure access to Russian resources. In fact, the EU can disconnect from Russia’s gas supplies sooner than some would suggest providing it mobilizes the right human and financial resources to work in that direction.

Aura Sabadus is a senior energy journalist who writes about Eastern Europe, Turkey, and Ukraine for Independent Commodity Intelligence Services (ICIS), a London-based global energy and petrochemicals news and market data provider. You can follow her on Twitter @ASabadus.

Boris Johnson’s resignation has sparked fears in Kyiv over continued UK support but in reality there is little chance of a weakening in British backing for Ukraine in its fight for survival against Vladimir Putin’s ongoing invasion.