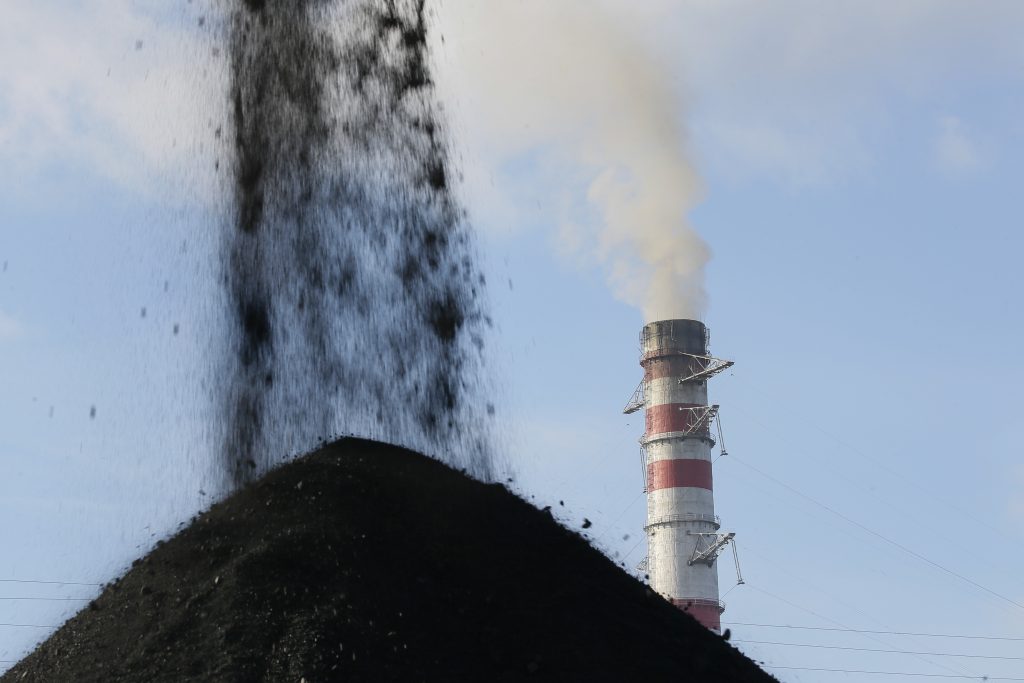 Ukraine joined the Global Methane Pledge at the November 2021 United Nations Climate Change Conference (COP26) in Glasgow. This commitment was signed by over 100 countries representing 70% of the global economy and nearly half of all anthropogenic methane emissions.

In Ukraine’s case, the country’s approach towards the coal mining industry will be vital in making good on this pledge. This will involve closing dozens of mines and also managing the methane emissions from operational and closed mines.

The energy sector is the second largest anthropogenic source of methane globally. Agriculture currently takes top spot, but Ukraine’s number of cattle has been steadily falling for many years to well below four million today (cattle alone account for 4% of global greenhouse gas emissions).

In the energy sector, oil, gas, and coal have similar global methane emissions profiles. Ukraine is not a major oil producer and is only approximately two-thirds self sufficient in natural gas. With coal however, Ukraine was until recently somewhat of a European superpower.

As many will already know, the name of eastern Ukraine’s Donbas region is derived from the Donetsk Coal Basin. Meanwhile, the area around Lviv-Volyn in the west of the country is also a historical coal mining stronghold.

Overall, 33 operational coal mines are currently controlled by the Ukrainian state along with nine by Rinat Akhmetov’s electricity-focused DTEK and four by his steel maker Metinvest. There are also several smaller Ukrainian producers, while 69 state-owned mines are in parts of Ukraine presently beyond government control. It is these mines which will truly determine whether Ukraine is able to keep its word in terms of the commitments it has signed up to by joining the Global Methane Pledge.

Methane leaks from coal mines throughout the world have a bigger short-term climate impact than the EU’s overall carbon dioxide emissions. The IEA estimated global emissions of 40.5 million tons of methane last year.

Given that methane per ton is believed to be 86 times more damaging for the environment than carbon dioxide, this means coal mines leak methane equivalent to 3.5 billion tons of CO2. During COP26, climate and energy think tank Ember released a blog detailing this and explaining why we need to act on coal mine methane.

Ukraine’s coal output has fallen by 80% since 1990. As a result, coal mine methane emissions have also decreased substantially. For example, emissions reported to the UNFCCC for 2018 were 70% lower compared to 1990.

Ukraine has also taken some specific measures to directly reduce coal mine methane emissions. The Ministry of Environment has reported that methane abatement projects have been implemented at 18 coal mines, generating heat, electricity and carbon credits.

The Global Methane Pledge asks countries for a minimum 30% cut to anthropogenic methane emissions by 2030. Even as coal mines close, methane can continue to leak for decades through disused mine shafts and cracks in the earth. As Ukraine’s coal mines close throughout the coming years, there needs to be a focus on how to reduce leaking as production stops.

Proper mine closure in Ukraine requires careful management so mines do not pollute local groundwater and cause earth subsidence to populated mining areas. Globally, flooding is a widely used approach to abandoned mine methane management. However, the suitability of this method depends on local water systems.

The United Nations Economic Commission for Europe says it makes economic sense to recover and use 50% of methane emissions. Methane can be captured and used to generate valuable heat and electricity, providing income and employment to former mining regions and potentially allowing them to play a part in Ukraine’s energy transition. This could also help to provide new investment into coal-producing communities.

The Ukrainian government has announced that it will close the majority of state-owned mines by 2030. DTEK plans to reduce coal production by 27% to 16 million tons by 2030, while closing four coal mining companies.

Curbing coal mine methane is one of the easiest wins in terms of short-term positive climate impact. It is affordable and relatively easy to implement. Ukraine is already experienced in shutting down coal mines and developing renewable energy, so it has potentially much to teach other coal-producing countries on their way to net zero.

How Ukraine can become a global IT powerhouse

Ukraine already boasts one of the region’s most dynamic IT industries but further work is required to improve the business climate in order to make the most of the country’s considerable tech sector potential.

Image: A pile of coal is seen at a warehouse of the Trypillian thermal power plant owned by Ukrainian state-run energy company Centrenergo in Kyiv region. November 23, 2017. (REUTERS/Valentyn Ogirenko)