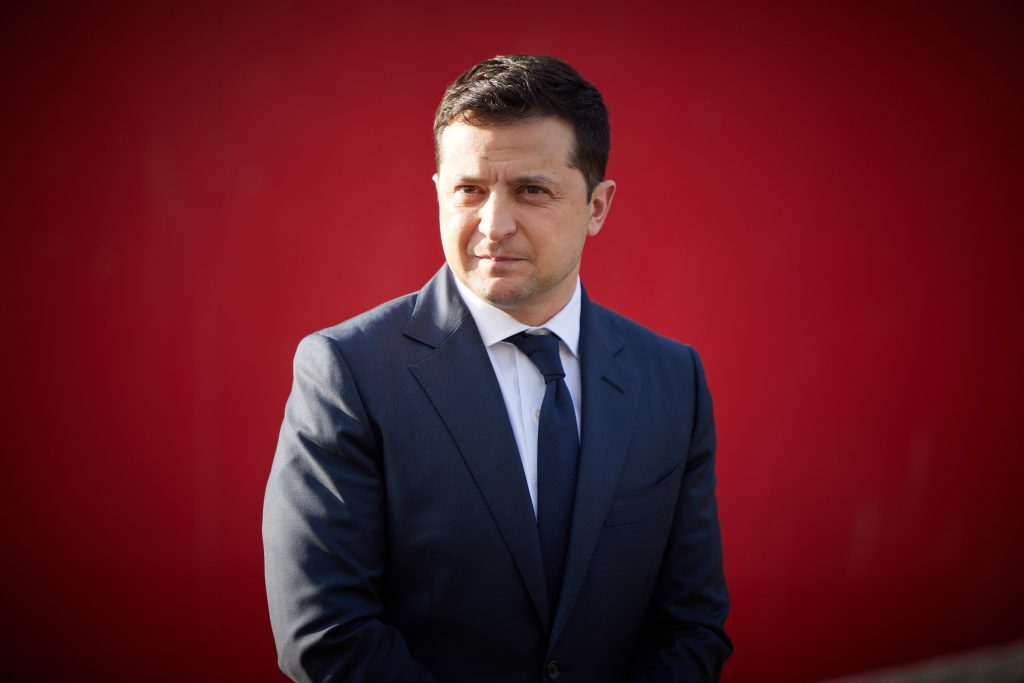 The US-Ukraine Strategic Partnership Commission meets on November 9-10 in Washington. Established during the meeting of presidents Biden and Zelenskyy in September 2021, the Commission will ensure the bilateral US-Ukrainian relationship remains strong and that the US continues to support Ukraine as it works to fulfill its reform promise.

One item that will not formally be a focus during this week’s meeting, but which is of critical joint US-Ukrainian interest, is President Zelenskyy’s de-oligarchization agenda. Broad-based reform efforts will only be successful in Ukraine if they are accompanied by a comprehensive de-oligarchization drive.

For years following the 1991 proclamation of independence, Ukraine struggled to meet public demands for greater democracy, with no real rule of law to prevent private interests from influencing the Ukrainian state.

It was common practice for corrupt governments to direct state resources to the president’s tycoon cronies, who soon established themselves as oligarchs. This concentration of power enabled centralization of most illegal financial flows. At the same time, the immense scale of corruption created opportunities for foreign actors to influence the government.

In 2013, Ukrainians took to the streets demanding an end to these corrupt practices. The Revolution of Dignity was a major victory for Ukrainian democracy, but Petro Poroshenko’s subsequent presidency did not bring the kind of sustainable changes sought by the public. Instead, authoritarian practices were covered up with patriotic slogans and justified by external threats.

Those in power were only paying lip service to anti-corruption reforms while oligarchs continued to run both public institutions and private industry. It is true that democratic reforms enabled more Ukrainians to participate in the process of governing, but they did not create a broader democratic framework capable of ending the corruption problems that plagued Ukraine.

This is why the de-oligarchization framework is President Zelenskyy’s number one priority for Ukraine. He ran for office in 2019 on an anti-corruption platform to ensure Ukrainians would never again have to live under the yoke of oligarchs.

On his initiative, the Ukrainian parliament recently passed de-oligarchization legislation to prevent oligarchs from purchasing elections, wielding undue influence over Ukraine’s government and economy, or possessing the power to stymie Ukraine’s reform progress and democratic potential.

Ukraine’s media space is dominated by oligarch-controlled outlets that use these powerful platforms to influence politics and promote their commercial interests. Oligarchs extend the reach of their messages using clusters that combine TV, news, and social media channels. President Zelenskyy’s de-oligarchization framework will address this consolidation.

This is in no way an attack on media freedom. Its essence is radically different: to ensure oligarchs are not able to use their media holdings to negatively influence the outcome of the democratic process.

When President Zelenskyy introduced the de-oligarchization law in the Ukrainian parliament and insisted on its adoption, oligarch-controlled media outlets quite predictably began attacking him and will continue to do so.

Besides, we fully expect that the oligarchs will also try to sabotage key sectors of the Ukrainian economy to make the country’s leadership stop these reforms. President Zelenskyy will not relent despite this pressure.

Another front in this battle is judicial reform, which the oligarchs fear almost as much as implementation of de-oligarchization laws. With the help of the United States and Ukraine’s other allies in the West, judicial reform will enable the judiciary to withstand pressure from oligarchs and give Ukrainians and foreign investors confidence that their legitimate commercial interests are protected. This will level the playing field for investors, entrepreneurs, and legitimate businesses across industrial sectors.

Judicial reform will also demonstrate to Ukrainians and the country’s international partners that nobody is above the law. Most importantly, it will mean that no one can purchase the law in Ukraine.

These two reform priorities under President Zelenskyy’s de-oligarchization agenda will not only affect domestic governance. They will also close the channels Russia has used to influence the Ukrainian media, politics, the operations of state-owned-enterprises, and private industry.

For far too long, Russia has had a free pass to purchase political and commercial influence in Ukraine to the detriment of the Ukrainian people. Today, pro-Kremlin talking heads are once again re-emerging on mainstream oligarch-owned Ukrainian media with their deceptive messages.

This is happening as Ukraine’s defenders continue to die in the Donbas, and as Russia once again uses energy to blackmail Ukraine and the rest of Europe. To those in the West who argue that some oligarchs are better than others or are capable of changing their ways, this should give you pause.

Ukraine is engaged in an epic battle against entrenched corrupt interests, but it is not the only country that must fight this battle. After all, Russia is able to blackmail Europe in large part because some in Europe consistently choose to sacrifice their democratic values for short term economic gains, which is the essence of corruption.

President Biden recognizes that such actions threaten individual democracies and the entire democratic community. Accordingly, he has elevated anti-corruption efforts to the level of foreign policy priority.

By tackling corruption and oligarchic influence at home, Ukraine is already supporting the US in its efforts to, in President Biden’s words, “take special aim at confronting corruption, which rots democracy from the inside and is increasingly weaponized by authoritarian states to undermine democratic institutions.”

Authoritarians will be enabled if democracy and the rule of law do not take hold in Ukraine and elsewhere around the world. De-oligarchization addresses the root of the problem, namely oligarchic influence over government and industry, in order to allow space for other democratic reforms to take hold and limit the ability of authoritarian regimes to influence Ukraine’s politics.

De-oligarchization is not the main agenda item this November in Washington. However, it represents a broad-based reform framework that, with support from the US and Ukraine’s international partners, can turn the dream of a truly democratic Ukraine into reality.