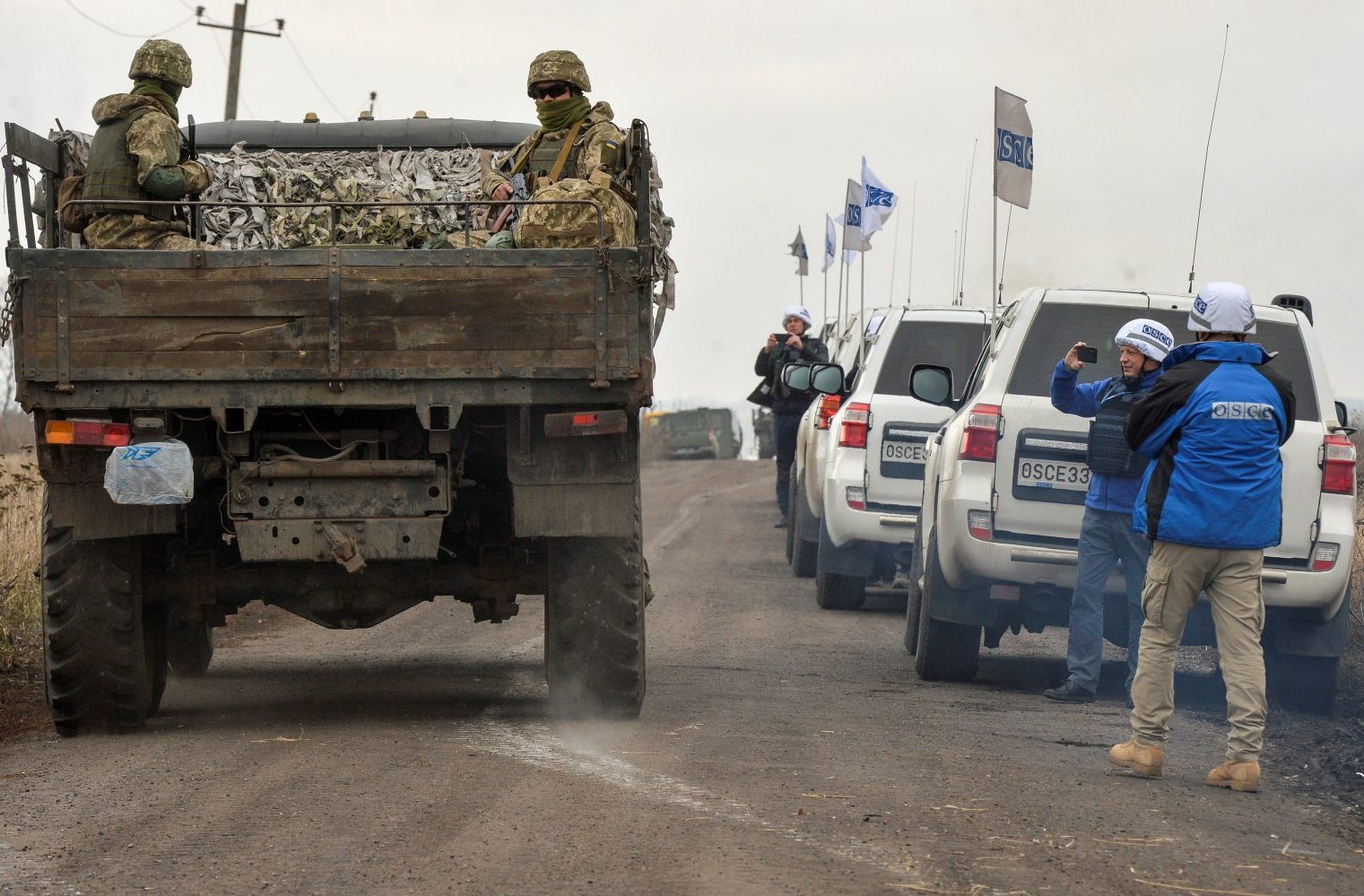 Volodymyr Zelenskyy was no different from most other presidential candidates during Ukraine’s 2019 elections in promising peace but without explaining how it would be achieved. In some cases, the promise of peace was pure populism while for others it was a willingness to capitulate to Russian demands.

In Zelenskyy’s case, it may have been a product of naivety about Russian President Vladimir Putin, his inferiority complex toward Russia, his lack of professional experience in international affairs, and his arrogance stemming from his status as a TV star.

Zelenskyy was not involved in Ukrainian politics in 2014-2019 and comes across as somebody who does not understand the degree to which Ukraine has changed in response to Russian military aggression. This is especially surprising in view of his own oblast (Dnipro) having experienced the highest number of casualties of security forces in Ukraine. In 2014-2015 Dnipro played a strategically important role in blocking further Russian military aggression into mainland Ukraine. The Ukraine that existed up to 2014 no longer exists and there is no possibility of Ukraine returning to that era.

There are eight obstacles to Zelenskyy achieving peace with Russia.

The second obstacle is Putin himself who Zelenskyy believes he can persuade if he is granted a one-on-one meeting with him. The Russian strongman is an unpleasant mix of former “Chekist” culture and Russian chauvinism toward Ukraine and Ukrainians. Compromise for Putin and his allies is a sign of defeat.

The third obstacle is Russia is refusing to negotiate over the Crimea, which the Kremlin sees as a closed subject, while at the same time blatantly lying about the Donbas when claiming, “we are not present.” This is an attempt to portray the Donbas war as a “civil war” and a demand that Kyiv should negotiate directly with the leaders of the so-called Donetsk People’s Republic (DNR) and the Luhansk People’s Republic (LNR), which a majority of Ukrainians oppose.

Russian and Ukrainian public opinion on these two questions varies widely. 85 percent of Russians support the annexation of Crimea. 56 percent of Russians support Donbas separatism, whether it is becoming an independent state (29 percent) or joining Russia (27 percent). Ukrainian public opinion views Crimea and the Donbas as one problem of Russian military aggression and a high majority of them demand the return of Crimea and an end to Russian military intervention in the Donbas.

The fourth obstacle is what to do with DNR and LNR leaders and civilian personnel. A majority of Ukrainians oppose an amnesty. Related to this is seemingly the view of the majority of people living in the DNR and LNR who want to become part of Russia, not return to Ukraine.

It is unlikely that a majority of the 1.7 million IDPs will want to return to the Donbas because of the trauma they experienced, they have settled elsewhere, and their children are in new schools. They also may not feel safe if they returned; DNR-LNR sympathizers would see them as pro-Ukrainian.

The fifth obstacle that Zelenskyy has not explained is what de-militarization would look like.

After the 1997 Good Friday Agreement in Northern Ireland, there were tremendous difficulties in de-militarizing 2,500 terrorists who were only lightly armed. The first DNR and second LNR corps (part of the Russian southern military district) are fourteen times larger and include a lot of heavy weaponry. They are an army and not terrorists as in Northern Ireland. Plus, there are between 5,000-10,000 Russian military, FSB, and GRU officers who during the de-militarization would undoubtedly “become locals,” thereby increasing the total number of DNR-LNR security forces to over 40,000.

The sixth obstacle is what happens to the 35,000-40,000 member DNR and LNR army. Ukraine has demanded they “return” to Russia but Russia counters by saying they should be transformed into the new police, internal security, and border guards of the DNR and LNR after it receives “special status” in the Ukrainian constitution. No Ukrainian leader could countenance such a step which would legalize a Russian military Trojan Horse within Ukraine.

The seventh obstacle flows from the previous one as Russia has no intention of returning control over the border to Ukraine. If it did, the DNR and LNR would quickly collapse because this is a completely artificial war. This is plainly seen by Russian-speaking Ukrainians fighting on both sides of the war.

Moscow understands “returning the border” as one whereby the reformed DNR and LNR forces create border guards and they patrol the Russian-Ukrainian border together with Russian border troops. In other words, what exists today would be legalized.

The final obstacle relates to the second and has been seen many times in Russian-Ukrainian relations since 1991. Moscow is never satisfied with Ukrainian steps that it has demanded Kyiv undertake. In 2010, President Viktor Yanukovych implemented everything that Russia had demanded in President Dmitri Medvedev’s 2009 open letter to President Victor Yushchenko. Nevertheless, Russia continued to demand more (as seen in 2013 with Yanukovych annulling the signing of the EU-Ukraine Association Agreement) and charged Ukraine the highest gas price in Europe.

Not surprisingly, Russia is adding demands such as resuming direct gas imports from Russia before agreeing to meet Zelenskyy in the Normandy Format. Ukraine has not imported Russian gas since 2016 and to return to doing so would be importing corruption and the ensuing kompromat.

What Zelenskyy is unable to grasp is that Moscow does not care about the Donbas as it has never had any significance in Russian national identity. In 2014, Russia’s key objectives were to capture Kharkiv and Odesa which were the “crown jewels” of so-called “New Russia.”

Russia’s interest is in the whole of Ukraine returning to its sphere of influence and the Russian World. The DNR and LNR are merely the Trojan Horse to achieve this goal. Coupled with this goal is the demand for Ukraine to become a federal state with a weak central government that can be controlled by Moscow through the “special status” of DNR and LNR.

Finally, Russia has long demanded that Ukraine adopt neutrality (that is, a return to Yanukovych’s Non-Bloc status) and no longer seek NATO and EU membership which are—thanks to President Petro Poroshenko—enshrined in the Ukrainian constitution.

Zelenskyy has shown himself to be naïve and arrogant in his quick pursuit of peace to prove he is better than the “nationalist” Petro Poroshenko without any understanding of how Ukraine has changed. Ukrainians refused to accept Yanukovych’s betrayal of European integration in 2014 and will never accept any capitulation to Russian demands now or in the future.

Taras Kuzio is a non-resident fellow at the Foreign Policy Institute at Johns Hopkins-SAIS and a professor at the National University of Kyiv Mohyla Academy. He is also author of Putin’s War Against Ukraine and co-author of The Sources of Russia’s Great Power Politics: Ukraine and the Challenge to the European Order.

Image: Members of the OSCE Special Monitoring Mission to Ukraine watch servicemen of the Ukrainian armed forces as they ride a truck in the settlement of Bohdanivka, which is located in a disengagement area near the contact line with Russian-backed separatists, in Donetsk Region, Ukraine November 9, 2019. REUTERS/Oleksandr Klymenko