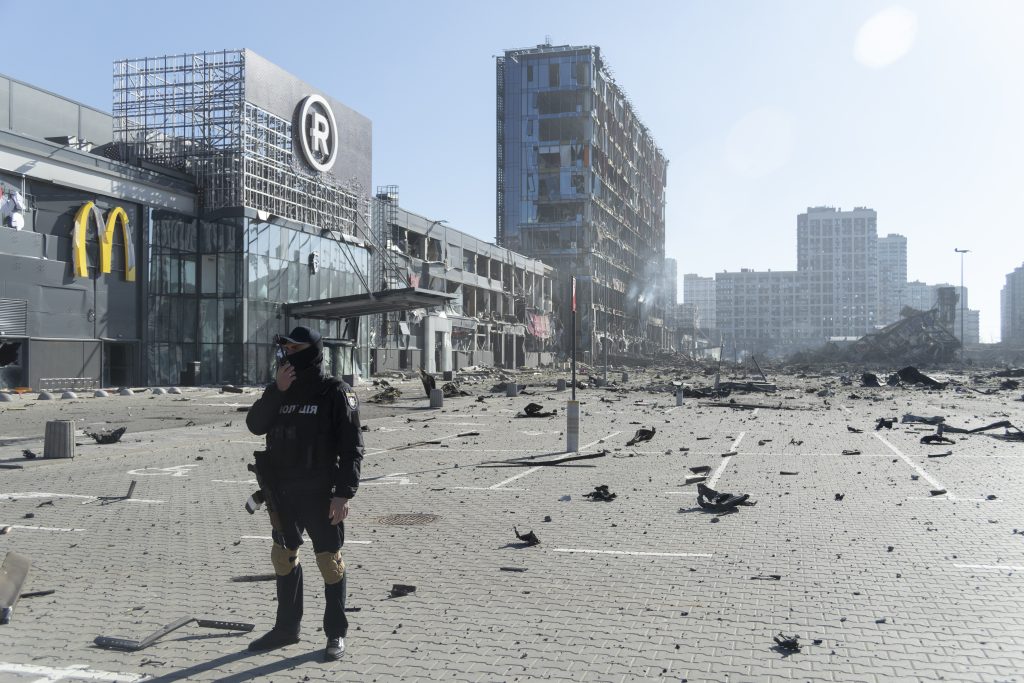 The conventional wisdom in Washington is that NATO should refrain from enforcing a No-Fly Zone over Ukraine due to the risk of an all-out NATO-Russia war. This view reflects a decades-long misunderstanding of both Russia and Ukraine, and is mired in appeasement thinking. While the window to impose a No-Fly Zone has likely closed, there are still alternatives that could work. The West should implement them without delay.

After the 1991 collapse of the Soviet Union, the US hastily abandoned the post-Soviet world and moved on to other international challenges. Ironically, this disinvestment meant that it stopped maintaining and developing the very expertise that had allowed America to triumph over the USSR in the first place.

Over the intervening three decades, appeasement has replaced expertise. Whether it was Russia’s brutal wars in Chechnya, the 2008 war with Georgia, or the 2014 invasion of Crimea and eastern Ukraine, the West’s approach has frequently been shaped by fear of provoking an already aggrieved Russia.

This has led the West to misread Putin’s Russia again and again. It also caused Western leaders to misinterpret developments in Ukraine. We overestimate Putin and underestimate Ukraine due to limited understanding of the fast-changing dynamics in the post-Soviet region.

The West’s dangerous disregard for the threat posed by a revanchist Kremlin explains why the democratic world did not maintain its advantage over Russia when the latter was most vulnerable. The fall of the Soviet Union provided a golden opportunity for rapid NATO expansion, including into Ukraine. While it is fashionable to claim NATO enlargement went too far, in the current circumstances it makes far more sense to argue that it did not go far enough.

Thankfully, it is not too late for the West to learn from its mistakes. While Russia has significantly greater military power today than in the 1990s, it is still no match for NATO, and Putin will not fight if challenged by the collective might of the West.

NATO could coordinate with non-NATO nations to protect Ukraine’s skies, especially as the Biden Administration has demonstrated its ability in recent weeks to unify the world against Russia.

America could theoretically mobilize a broad coalition to protect Ukraine. In the current extreme circumstances, there is no reason why the global community cannot adopt a creative approach to save a country that has been blatantly attacked by a permanent member of the UN Security Council and has stunned the world with its heroism.

Retired four-star General in the United States Air Force Phil Breedlove has stated that a No-Fly Zone must be on the table. He also suggested an alternative: a humanitarian No-Fly Zone. This is a potentially attractive idea that could serve as a compromise between advocates of a cautious policy towards the Kremlin and those who believe Russia will not ultimately escalate into open war with NATO.

While Western leaders have so far been unambiguous in ruling out direct intervention, they are also providing Ukraine with enhanced anti-aircraft capabilities. Such measures need to be significantly speeded up and bolstered by the parallel provision of fighter jets and anti-missile defense systems.

In less than four weeks of war, Russia has fired more than a thousand missiles at Ukraine and reduced entire Ukrainian cities to rubble. While the civilian death toll remains unconfirmed, many thousands are already feared dead. Despite the obvious urgency of the situation, the West is still acting in half-measures and contemplating if arming Ukraine could be interpreted as provocative by Putin.

If Western leaders maintain their current cautious approach towards Russian aggression, the watching world will witness an unfolding genocide of the Ukrainian people. This will be joined by a rapidly escalating global food crisis.

Russian tanks will not stop at Ukraine’s western borders. On the contrary, Putin will be emboldened to expand his wars of imperial aggression and will inevitably turn his attention to Moldova and the Baltic States while also seeking to destabilize Central Europe and the Balkans.

Meanwhile, China and other authoritarian powers will take note of Putin’s success and act accordingly. They will forge closer ties with a resurgent Russia and will seek to expand their own spheres of influence in a similar manner. The entire world will enter into a new era of global insecurity that will reverse much of the progress made since World War II.

Rather than remaining reactive and paying an even greater price in the near future, NATO should act decisively now and dramatically increase its support for Ukraine. To do otherwise is not only immoral; it is against the core strategic interests of the entire Western world.

Despite the existential challenges posed by Russia’s full-scale invasion of the country, Ukraine has managed in recent weeks to complete the country’s connection to the European electricity grid.

Image: A Ukrainian soldier patrols near the impact zone of a Russian missile attack on Kyiv. March 21, 2022. (Photo by Andrea Filigheddu/NurPhoto)