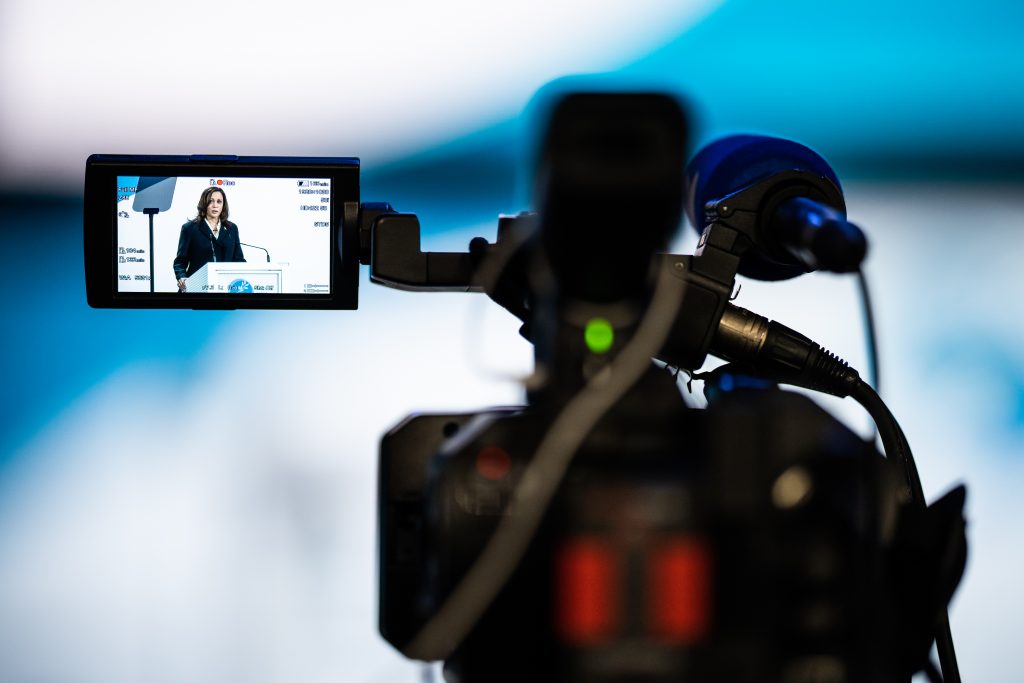 With Russian aggression against Ukraine currently in its eighth year, openly pro-Kremlin positions have become toxic in the Ukrainian information space. Instead, those who wish to prevent Ukraine’s Euro-Atlantic integration now tend to focus their attention on anti-Western narratives.

This trend has been gaining pace for the past few years and appears designed to undermine public faith in Ukraine’s reform agenda while fueling feelings of distrust and suspicion towards the wider democratic world.

In order to gain a better idea of how anti-Western messaging is being used in the Ukrainian media, the Anticorruption Action Centre (AntAC) monitored the 2021 summer season of political show “Hard with Vlashchenko” on Rinat Akhmetov’s Ukrayina 24 TV channel.

Hosted by journalist Natalia Vlashchenko, “Hard with Vlashchenko” has faced numerous accusations of promoting anti-reform and anti-Western narratives. During their analysis of the summer season, AntAC researchers found that messages of this nature were voiced at least once by either a guest or Vlashchenko in 30 of 40 episodes.

For Ukrainian politicians and commentators looking to reverse the Kremlin’s declining influence in Ukraine, anti-Western messaging is a much smarter option than pro-Russian propaganda. It undermines Ukrainian trust in the country’s democratization and significantly weakens the advocacy potential of key international partners such as the EU, IMF, and G7 countries. Such narratives also implicitly promote a return to the Kremlin orbit.

According to AntAC analysis, many of the key themes featured in “Hard with Vlashchenko” during summer 2021 closely mirrored popular Kremlin narratives. The idea of Ukraine being governed externally featured in 11 episodes, while the alleged Western exploitation of Ukraine was discussed in six shows. There were also regular attacks on anti-corruption institutions, the National Bank of Ukraine, and the supervisory boards of state-owned enterprises, along with conspiracy theories revolving around the supposed role of financier George Soros.

The list of guests appearing on “Hard with Vlashchenko” pointed to an editorial bias, with many of those featured on the show during summer 2021 being best known to the Ukrainian public for their anti-Western positions. Yevheniy Murayev was one frequent guest. A former MP for the pro-Kremlin Party of Regions and Opposition Bloc and the current owner of Moscow-friendly Ukrainian TV channel Nash, Murayev used his appearances to attack Western involvement in Ukraine. Another most popular guest was Dmytro Spivak. Media watchdog Detector Media argues that his frequent appearances are hard to justify as he has no qualifications other than a reputation for promoting anti-reform narratives.

The summer 2021 run of “Hard with Vlashchenko” also featured examples of the favored Soviet-era propaganda technique known as “whataboutery,” meaning attempts to discredit an opponent’s position by charging hypocrisy without directly refuting or disproving the argument. In one show, host Vlashchenko noted the existence of corruption in the West and suggested that in fighting corruption “it would be nice if everyone minded their own business.”

The criticisms of Ukraine’s relationship with the country’s Western partners that form the basis of today’s anti-Western narratives are easily refuted. For example, international experts have an important role to play in areas such as the selection of future members of judicial governance bodies, but the Ukrainian authorities continue to have the final say over who actually takes up key positions in the judicial reform process.

Far from signalling foreign control over the Ukrainian government, the engagement of international experts is a proven pathway to transparency that should bolster rather than undermine public trust in the reform agenda. The same is equally true in terms of other popular targets of criticism such as the supervisory boards of major Ukrainian state-owned enterprises.

The problem of anti-Western messaging in the Ukrainian media goes far beyond the “Hard with Vlashchenko” show. For example, Ukrayina 24 has hired a number of journalists who previously worked for Murayev’s Nash channel or channels linked to pro-Russian Ukrainian politician Viktor Medvedchuk which were sanctioned and shuttered in early 2021. According to Detector Media, many are using their new platform to attack the West.

Today’s Ukraine is undergoing an unprecedented democratic transition while simultaneously waging a defensive information war against a global superpower. While it is essential to provide mainstream media platforms for a broad spectrum of opinion, Ukraine must also guard against the weaponization of disinformation that aims to demoralize and destabilize the country.

Recent research by AntAC and media watchdogs has highlighted how one of the most widely viewed Ukrainian channels contributes to undermining people’s trust in the country’s landmark reforms. The weight given to such opinions is disproportionate and appears to be out of step with broad public support for change, suggesting a coordinated attempt to undermine the reform agenda. Why does Akhmetov allow his channel to serve as a platform for anti-Western messaging despite his strong personal and professional ties to the West?

Olena Halushka is a Board Member at AntAC. Oleksandr Yermakov is AntAC communications manager.