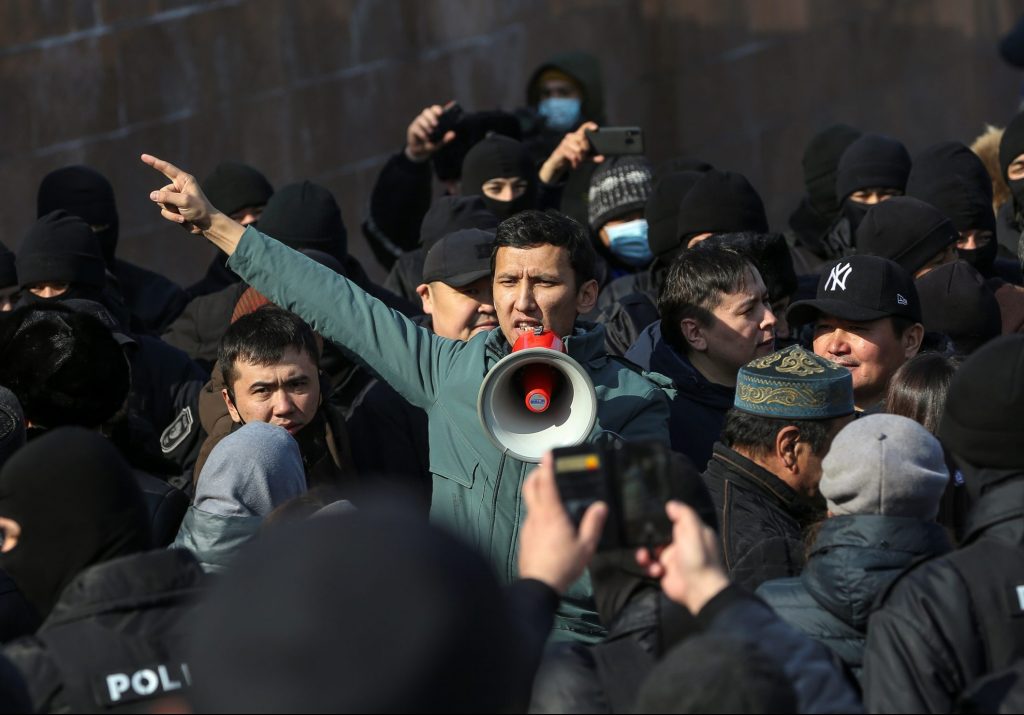 It is extremely rare in Kazakhstan for even unofficial results to suggest an outcome of below 50%. In most previous elections, the ruling party has typically been credited with staggeringly high official victory margins and only slightly less impressive independent estimates.

This development may not seem particularly spectacular, and has understandably failed to attract much international attention. However, within Kazakhstan, some saw it as a further sign that a tectonic shift in the domestic political landscape may be underway. As the country prepares to mark the thirtieth anniversary of the Soviet collapse, the current authoritarian regime’s grip on Kazakhstan may be gradually beginning to erode.

The Young Voters League data matched earlier information from a number of popular telegram channels, which indicated similarly low levels of support for the ruling party ahead of the early 2021 vote. These digital platforms also registered 20% support for the Oyan, Qazaqstan (Wake Up, Kazakhstan) grassroots movement, which did not even participate in the election. Oyan, Qazaqstan demands greater civil rights and a parliamentary republic, while also voicing socially progressive positions in support of LGBTQI rights and gender equality.

As circumstantial evidence of rising pro-reform sentiment and declining support for the authorities continues to mount, there are also indications that the widespread political apathy of the post-Soviet era may gradually be giving way to a mood of greater engagement. A nationwide poll conducted in late 2019 prior to the onset of pandemic restrictions found that 43% of Kazakhstanis viewed peaceful protests as a force for good, while only 16% were opposed.

This does not mean that an entire generation of young Kazakhstanis are now pro-democracy, pro-feminist, or pro-LGBTQI rights. The growing civil rights narrative in the country often focuses on significantly more everyday concerns such as social security payments, language and ethnicity issues, and restrictions on land ownership. Nevertheless, there is a sense that the mood in the country may be slowly shifting.

The rising tide of civil society activism in Kazakhstan is largely taking place online, with social media serving as the most important tool. One example is the Instagram account PROTENGE, which exposes dubious government uses of taxpayer money. Another Instagram account, Medsupportkz, brings together medical professionals to fight against Covid-19 fakes and disinformation.

The alternative information space in Kazakhstan also features a number of political groups such as the Democratic Party, HAQ, and Respublika, which are all seeking to register as political parties.

In a May 2021 interview with Radio Free Europe/Radio Liberty’s Kazakhstan service, PROTENGE editor Jamilya Maricheva explained how changes in public attitudes are beginning to make an impression on the official information environment in the country. “Now any media that fails to talk about protests begins to feel uncomfortable,” she noted.

Although it is far too early to speak of a fully-fledged democratic awakening in Kazakhstan, current trends suggest that the country may be moving in that direction. This could have major repercussions for the political climate in the wider region.

Kazakhstan is perhaps best-placed among the nations of Central Asia to achieve a peaceful transition to democracy. The country has a consolidated and numerically large population of well-educated, middle class liberals, many of whom have studied abroad and are now impatient to see reforms implemented at home. This demographic would likely serve as the driving force behind the country’s democratic transformation.

If democracy does take root in Kazakhstan, it will inevitably influence the entire region. Kazakhstan is home to more than a quarter of Central Asia’s population of over 70 million. It accounts for around 60% of the region’s entire GDP.

Officially, both the Kazakhstani government and opposition groups seem to agree that reforms are necessary. Nevertheless, the regime is sending mixed messages.

The current president, Kassym-Jomart Tokayev, portrays himself as a reformer and has introduced a number of pro-democracy measures such as limited elections for rural mayors and the creation of a National Council of Public Trust. Some activists are allowed to hold rallies and there is limited space for public criticism of the regime in the country’s small but vocal independent media sphere.

On the other hand, the number of political prisoners continues to grow, with police often routinely arresting peaceful protesters. The Criminal Code still criminalises vaguely defined offenses such as “incitement to discord” and “dissemination of knowingly false information.”

Tokayev’s predecessor, Nursultan Nazarbayev, is the elephant in the room.

Now eighty years old, Nazarbayev dominated Kazakhstan’s political landscape for three decades prior to stepping down in 2019. However, he remains Chair of the Security Council and many believe he is still in control of the country. Regardless of Nazarbayev’s actual political status, he unquestionably continues to symbolize the authoritarian political system that has taken root since the Soviet collapse.

Based on a variety of recent trends, it seems reasonable to expect that Kazakhstan will experience growing demands for more democracy in the months and years ahead. Much will depend on whether the regime seeks to resist these calls or chooses to manage the tricky transition towards a more pluralistic political system.

Kazakhstan’s powerful neighbors all have an interest in maintaining the current authoritarian status quo in the country. Russia, China, and Iran would certainly not welcome the emergence of a more democratic Kazakhstan, and can be expected to oppose any such development.

There are many within the current Kazakhstani elite who share such sentiments. However, if today’s fragile democratic awakening gains momentum, efforts to preserve authoritarian rule may ultimately lead to the destabilization of this ethnically, politically, and geographically complicated country.

Ukrainians will celebrate 30 years of independence in summer 2021 with their country serving as the frontline of European democracy following three decades of tumultuous change.

Armenians will go to the polls on June 20 in snap parliamentary elections that the opposition seeks to position as a straight choice between democracy and security following the country’s 2020 military defeat.