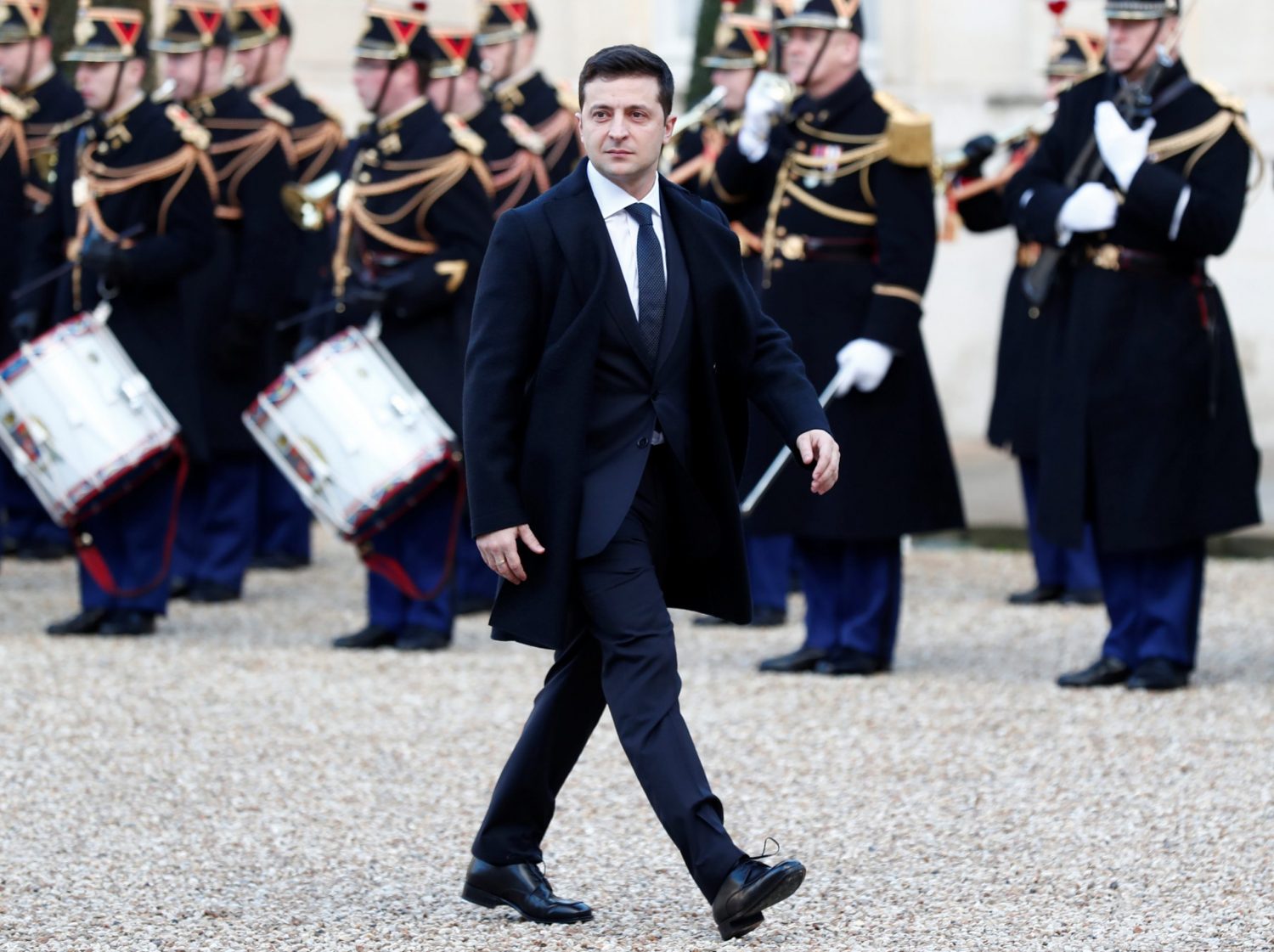 Any society living through the trauma of an extended military conflict must confront the challenges of war-weariness. Ukraine is no exception. Understandably, the desire for peace was a major factor behind the landslide election victory of Volodymyr Zelenskyy in the Ukrainian presidential elections of spring 2019. Zelenskyy promised Ukrainian voters he would end the undeclared war with Russia, and this has remained a central pillar of his foreign policy since taking office. In Zelenskyy’s public statements, the path to peace looked relatively straightforward, with everything hinging on his ability to sit down and reason with Vladimir Putin, man to man.

This emphasis on direct dialogue with Putin was the motivation behind extensive efforts to revive the moribund Normandy Format of peace talks involving the leaders of Ukraine, Russia, France and Germany. These four-way talks had not taken place since autumn 2016 due to seemingly irreconcilable interpretations of the 2015 Minsk agreements. Undeterred, Zelenskyy spent months pushing for a new Normandy meeting.

In order to secure this summit, Ukraine’s new president made a number of one-sided concessions to the Kremlin. Troops were pulled back from frontline positions at a number of strategic points in the eastern Ukrainian combat zone, while Kyiv officials committed the country to implementing the so-called Steinmeier Formula, which sets out a vague but broadly Kremlin-friendly roadmap for elections in the occupied regions of the Donbas. These steps sparked considerable anxiety and large-scale protests in Ukraine. The response of the authorities was to underline the overriding importance of a personal meeting between Zelenskyy and Putin.

When it finally took place in Paris on December 9, the long-awaited first face to face meeting between Zelenskyy and Putin proved anticlimactic. The Normandy summit generated considerable headlines but produced little of substance to justify the sense of expectation created by the Ukrainian president and his team. Putin did not concede ground on any of the most important issues. Instead, the Russian president reiterated his rigid understanding of the Minsk agreements and seems to have succeeded in pressuring the Ukrainian side into moving closer to his point of view. As a result of the Paris talks, Ukraine has now committed to incorporating the Steinmeier Formula into the country’s legislation, and to adopting a new law on special status for the occupied regions of eastern Ukraine, which will be agreed with the Normandy Four and the Tripartite Contact Group. The provisions of this law are likely to cause heated debate in Ukraine during the coming months.

Many Ukrainian observers have also noted what was left unsaid in Paris. Zelenskyy refrained from referring to Russia as the aggressor while in the French capital. This retreat into diplomatic language risks bolstering efforts to whitewash and legitimize the Russian Federation in the eyes of European audiences. There was also no mention of Crimea, despite the occupied peninsula’s centrality to the Russia-Ukraine conflict. This silence over Crimea, we are led to believe, was one of the key conditions Russia insisted upon before agreeing to proceed with the Paris meeting at all.

What has Ukraine gained as a result of these significant concessions? The biggest result was the promise of an “all for all” prisoner exchange. The release of Ukrainians currently being held in Kremlin captivity is to be celebrated, of course, and there can be no question that human lives must come first in any negotiating process. However, in geopolitical terms, this prisoner exchange represents little more than a consolation prize that bears all the hallmarks of Putin’s trademark cynicism. The Russian leader is well aware of Ukrainian society’s sensitivity to this topic. He is no doubt happy to exploit this emotional vulnerability in order to create the illusion of compromise, while at the same time refusing to back down on the far more important issue of Russian military aggression. If need be, he can always take more Ukrainians hostage.

It is important to stress that there was no total surrender of Ukrainian interests in Paris. Nevertheless, the outcomes of the summit fell well short of the high expectations created by months of speculation over the supposed significance of Zelenskyy and Putin’s first meeting. It is painfully clear that this emphasis on personal diplomacy was misplaced. I hope this realization will now persuade President Zelenskyy to adjust his approach to the peace process. It is time to listen to the advice of his political opponents, many of whom have been trying to convince him for some time that the aggressor must be contained, not cajoled.

In taking a firm stance against Putin, Zelenskyy can count on the support of a clear majority within Ukrainian society, which has rejected any concessions that cross red lines posing a threat to the country’s sovereignty. Ukrainians want peace, but not if it means surrender. They recognize that the country’s future independence is at stake. This is the message Zelenskyy must share with the international community as he seeks to consolidate diplomatic support for the country. Ukraine may be Putin’s current target, but if he is allowed to succeed here, it will not be his last.

Oleksiy Goncharenko is a Ukrainian lawmaker with the European Solidarity party