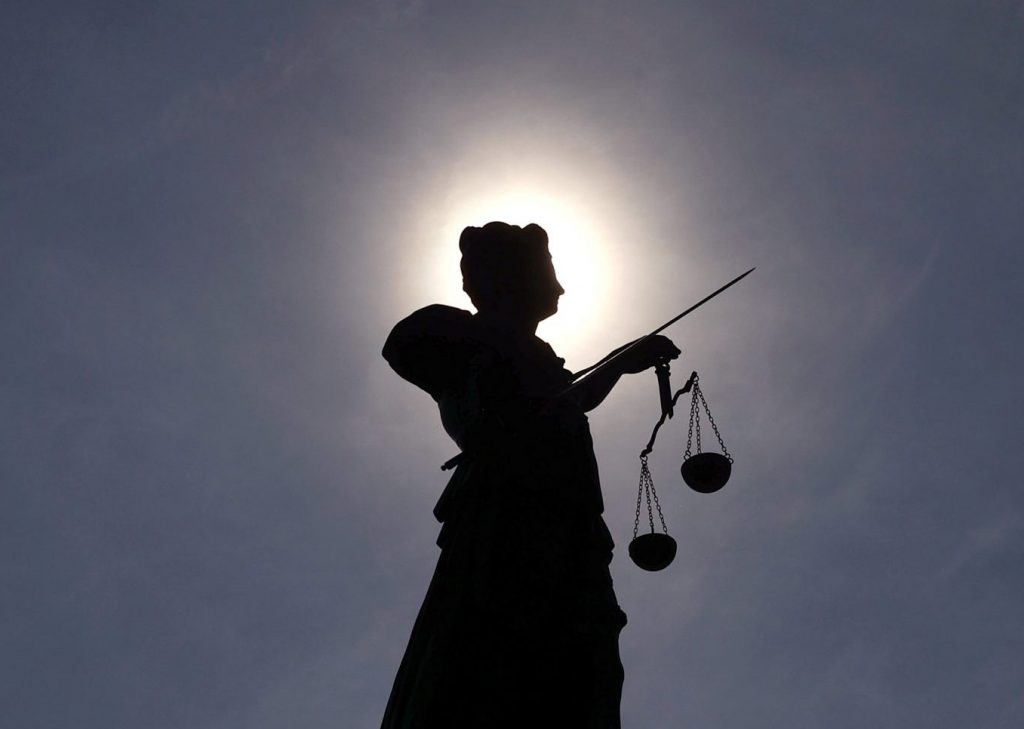 Consider Tony Soprano, the fictional leader of a New Jersey crime family. His mafia organization has a structure, a hierarchy, and an unwritten code of conduct. Its members are rewarded handsomely for service, and punished severely for disobedience. It penetrates state institutions while using bribery, threats, and other means to avoid justice. Finally, it engages in unlawful activity that harms society but generates money and privilege for its members.

Ironically enough, Ukraine’s justice system shares many similarities with the hit TV show. While officially independent, in reality the Ukrainian judiciary has a number of unofficial kingpins and bosses who control it from behind the scenes. It is governed by unwritten rules. Bribery is routine.

According to critics, the rot starts at the very top. Ukraine’s High Council of Justice, which is tasked with protecting the independence of judges and disciplining them for wrongdoing, is instead accused of prosecuting whistleblowers while keeping corrupt people and structures intact.

This summer, the National Anti-Corruption Bureau of Ukraine (NABU) released tapes allegedly recorded in the office of Pavlo Vovk, the President of Kyiv’s District Administrative Court. The recordings appear to capture Vovk and other judges plotting to influence other courts and judicial governance bodies, while boasting that they “own two courts – the District Court and the Constitutional Court.” Despite public outrage and an ensuing criminal investigation, the High Council of Justice unanimously refused to suspend these judges.

Things took a turn for the worse this fall.

In October, the Constitutional Court of Ukraine dismantled a key element of Ukraine’s anti-corruption infrastructure. It ruled that those who provide false information in asset declarations will no longer face criminal liability. The court stripped the National Agency for Corruption Prevention (NACP) of nearly all of its authority and removed the asset declarations system from public scrutiny. These moves contradicted the law. The decision was not well-grounded. The Court exceeded the scope of the constitutional submission and even canceled some anti-corruption rules that the court was not asked to consider.

It is widely believed that Ukraine’s anti-corruption architecture was not the ultimate target of the 47 pro-Russian and oligarch-controlled members of the Ukrainian parliament who first signed the submission to the Constitutional Court. Instead, the MPs who pushed for the Constitutional Court ruling were actually aiming to harm the relationship between Ukraine and the country’s Western partners, who see the fight against corruption as a key condition for continued cooperation and support for Ukraine’s Euro-Atlantic integration.

The recent Constitutional Court decision has sparked a political crisis in Ukraine and underlined the scale of the challenge posed by the country’s unreformed judiciary. This is more than a matter of Ukraine’s old elites fighting back against a reform agenda that threatens to undermine their dominance. The oligarch groups behind this courtroom counter-revolution are actively working in partnership with Kremlin interests to undermine Ukrainian statehood.

This requires immediate action not only from the Ukrainian government, but also from the country’s Western partners.

First, Ukraine must fix the Constitutional Court. The number of votes required from individual judges in order to adopt any Constitutional Court decision should be raised in order to reduce the potential for corrupt officials to influence the workings of the court. The composition of the court also needs to change. Crucially, this must be done via a competitive and transparent selection that is subject to outside scrutiny.

The roots of the problem go deep inside the Ukrainian justice system and can only be dealt with by full-scale, comprehensive judicial reform. Ukraine has attempted this on several occasions but has never come close to succeeding. Indeed, some would claim that all previous efforts have been little more than cosmetic in character.

This time, however, Ukraine can no longer afford to repeat the mistakes of the past. The Ukrainian authorities should not pretend that the country’s judicial system is in any sense capable of cleansing itself. Instead, we should treat it as a criminal syndicate controlled by the enemy.

Constitutional Court judges who issued recent decisions undermining Ukraine’s anti-corruption efforts should be subjected to a thorough investigation, with the prospect of sanctions and international asset freezes. The rest of the Ukrainian judiciary must face similar levels of scrutiny, along with the possibility of legal consequences up to and including imprisonment.

Ukraine’s judicial governance bodies, such as the High Council of Justice and the High Qualifications Commission of Judges, need to be relaunched with the help of independent international experts. In fact, this is something Ukraine is already obliged to do in line with its commitments to the IMF and the EU. Enforcing this obligation for international oversight could mean the difference between the success and failure of judicial reform.

Once they have been reloaded and relaunched, these institutions will have to address the herculean task of dismissing corrupt judges and hiring replacements with the necessary credentials. Ukrainian civil society should be given a say in the process and granted powers to prevent corrupt judges from remaining in position.

The sheer size of the undertaking facing Ukraine should not be underestimated. However, there is unlikely to be a better chance. The current crisis sparked by the recent Constitutional Court rulings has helped to open a window of opportunity to address the need for fundamental change within Ukraine’s dysfunctional and corrupted judiciary. There are also currently still enough votes in parliament to form a pro-reform majority, at least in theory.

If Ukraine fails to act now, similar opportunities may prove elusive. This would be disastrous for the future of the country. Unless the court system is cleansed of chronic corruption, any future attempts to pursue reform and Euro-Atlantic integration will be hostage to the kind of legal sabotage we have seen in recent months from the Constitutional Court. Ukrainians will remain trapped in a society controlled from behind the scenes by a flawed justice system that operates in the interests of oligarch clans and the Kremlin.

Mykhailo Zhernakov is chair of the board at the DEJURE Foundation. He formerly served as a judge of the Vinnytsia Disrtict Administrative Court (2012-2015). He tweets @DEJURE_UA