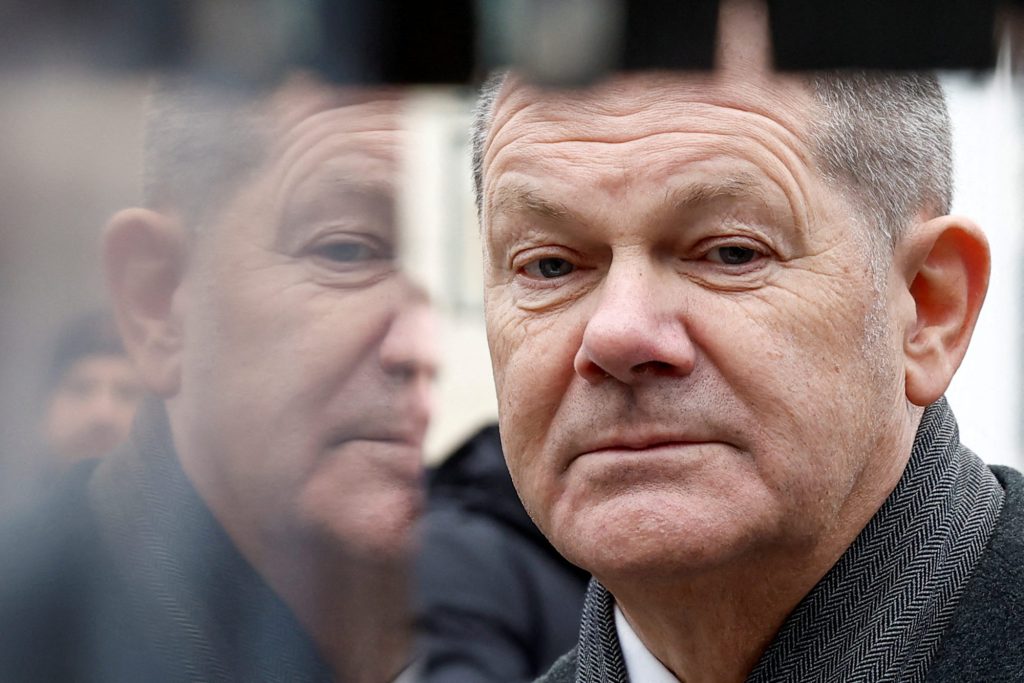 As the Russian invasion of Ukraine approaches the one-year mark, Germany faces accusations of stalling over the critical issue of providing Ukraine with Leopard tanks. Ukrainian officials have long identified the German-made Leopard 2 model as one of the country’s top priorities, but Germany has so far refused to deliver any tanks or grant other countries permission to transfer their own Leopards to Ukraine.

While officials in Berlin have offered mixed messages regarding the Leopards, the final decision rests with German Chancellor Olaf Scholz, who is believed to be deeply reluctant to take any steps that may be viewed in Moscow as escalatory. Scholz has been accused of employing delaying tactics and dodging the issue, and has recently suggested that he would only give the green light to send Leopards if the US also agreed to deliver Abrams tanks to Ukraine.

Germany’s stance has provoked widespread anger across Europe, particularly in Ukraine itself and in neighboring countries such as Poland. In a bid to pressure Berlin, the Poles have now submitted an official request to send some of their Leopard tank fleet to Ukraine. Germany has promised to treat this request with “the urgency it deserves,” but many observers continue to doubt whether Berlin has the necessary political will to deliver the tanks.

As international pressure mounts on Germany, Britain has already confirmed plans to deliver a squadron of Challenger 2 main battle tanks. However, Ukrainian officials say this is not enough to “achieve operational goals” or overcome Russia’s “substantial qualitative advantages in troops, weapons, and military equipment.” They remain insistent that the country must receive Leopards in significant quantities.

The Leopard 2 tank is seen as the ideal fit for Ukraine’s needs for a number of reasons. Unlike the US-made M1 Abrams tank, it runs on diesel fuel and is less complicated to maintain. Crucially, thousands of Leopards are currently in use throughout Europe and beyond, creating a network of partner countries with existing training capabilities and maintenance facilities.

Germany has already sold Leopolds to a long list of countries including Austria, Denmark, Finland, Greece, Hungary, Norway, Poland, Portugal, Spain, Sweden, Switzerland, Turkey, and Canada. Presumably these tanks were not only sold so that the recipients could parade them in their capital cities during national holidays, but could also be used to defend themselves against external aggression. If Germany is comfortable selling its tanks to so many countries, why is supplying Ukraine viewed in Berlin as such a problem?

It would appear that Germany’s reluctance is tied to the country’s profound sense of guilt for the crimes of the Nazi era. This historic legacy continues to shape German society in ways that outsiders do not always fully appreciate, and has instilled a strong sense of pacifism that is particularly pronounced when it comes to relations with Russia due to the staggering losses incurred by the Soviet Union during World War II.

When it comes to addressing the crimes of the Nazis, modern Germany’s emphasis on Russia leaves many Ukrainians perplexed and deeply offended. Hitler’s armies occupied all of Ukraine along with Belarus and the Baltic states during World War II, while only a comparatively small portion of Russia was ever under German occupation. This is reflected in casualty figures, with Ukraine and Belarus suffering proportionately far greater losses than Russia. And yet German society seems incapable of recognizing the difference between “Soviet” and “Russian,” while being apparently ignorant of Ukraine’s far more central role in the carnage.

This has reawakened dark memories for millions of Ukrainians, who understandably feel that Russians are for some reason seen as more important to Germany than Ukrainians. They are reminded of the wicked racial hierarchies of the Nazi occupation, and the treatment of Ukrainians as second-class citizens in their own country.

Modern Germany’s Russo-centric approach to the issue of war guilt is all the more maddening given the crystal clear moral clarity of the current situation. Russia has invaded Ukraine despite the fact that Ukraine posed no threat whatsoever to Russia. The invading Russian army has already killed tens of thousands of Ukrainian civilians while forcing millions to flee their homes. Russian soldiers have systematically engaged in war crimes including mass executions, sexual violence, torture, and forced deportations.

Dozens of towns and cities have been reduced to rubble by the advancing Russians. In every single region that has fallen under Russian control, the same pattern of atrocities has been repeated. Most recently, we have witnessed a nationwide airstrike campaign specifically designed to deprive millions of Ukrainian civilians of access to daily necessities such as heat, light, and water. Russia has also launched countless targeted missile strikes against residential buildings in cities across Ukraine including Kyiv, Kharkiv, Dnipro, and Mykolaiv. Faced with these horrors, why does Germany still delay?

Germany’s sensitivity to the crimes of the Nazi past is commendable, but the current conflict has exposed a problematic focus on Russia at Ukraine’s expense. As Yale historian Timothy Snyder has noted, the main purpose of World War II, from Hitler’s point of view, was the conquest of Ukraine. It is therefore no surprise that Ukraine served as the epicenter of the apocalyptic fighting on the Eastern Front. This simple fact should loom large as Berlin ponders whether to send the tanks that Ukraine so desperately needs in order to defend itself.

If Germans truly seek redemption for the country’s genocidal past, they will never have a better opportunity than now. Sending Leopard tanks could prevent a new genocide in Ukraine. Failure to do so may add another dark chapter to Germany’s troubled history.

Bohdan Vitvitsky has served as a Resident Legal Advisor at the US Embassy in Kyiv and as Special Advisor to Ukraine’s Prosecutor General. He has also served as a federal prosecutor in the US.

Putin’s nuclear blackmail must not prevent the liberation of Crimea

Putin’s nuclear threats have led some analysts to argue against attempts to liberate Crimea but bowing down to the Russian dictator’s nuclear blackmail would have dire consequences for global security, writes Andriy Zagorodnyuk.