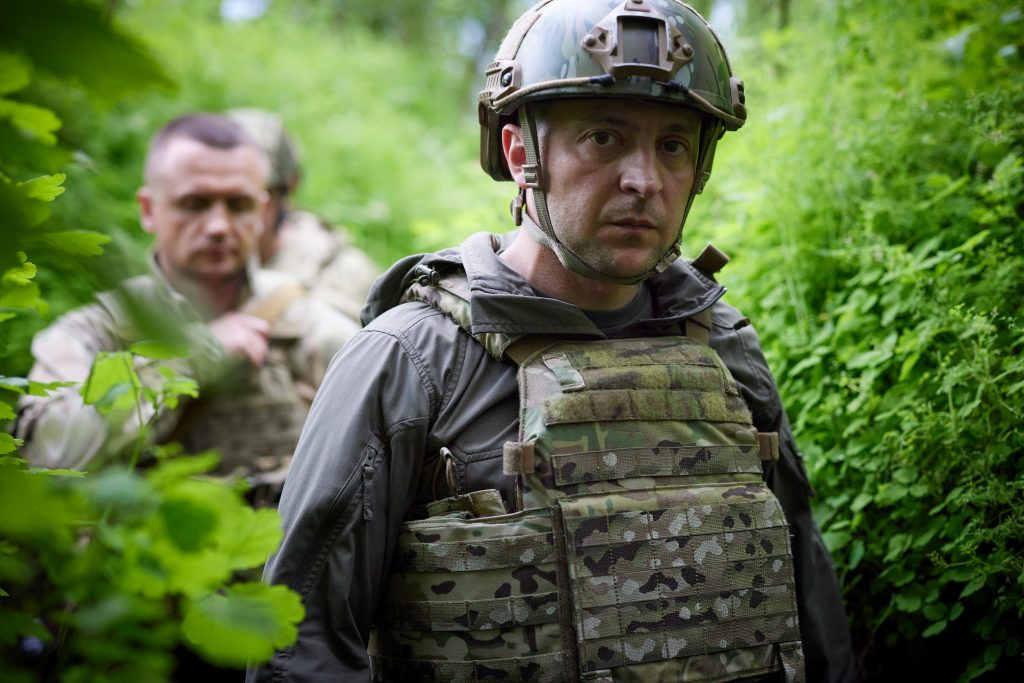 When NATO blinked over Membership Action Plans for Ukraine and Georgia in 2008, it provided Russia with an unintended green light to re-establish its sphere of influence over the post-Soviet space.

More than a decade later, the disastrous consequences of this weak decision are self-evident. Entire regions of Georgia and Ukraine are currently under Russian occupation, while more than 14,000 Ukrainians are dead as a result of the Kremlin’s ongoing military intervention in eastern Ukraine.

During the upcoming summit on June 14 in Brussels, NATO leaders have an opportunity to support peace and democracy in Europe by agreeing to provide Ukraine with a Membership Action Plan (MAP). This document is a simple road map, not a guarantee of future membership. Nevertheless, it would be an important signal to a country fighting for freedom and democracy against the increasingly imperialist and authoritarian Russia of Vladimir Putin.

NATO membership is the surest and fastest path to restoring peace in Ukraine and ensuring security for the entire region. Indeed, it is widely recognized as the only credible means of containing the Kremlin. “NATO is the only way to end the war in the Donbas,” President Zelenskyy told NATO Secretary General Jens Stoltenberg during a recent telephone conversation. Earlier this year, Zelenskyy said that, given the opportunity, he would ask US President Joe Biden a simple question: “Why is Ukraine still not in NATO?”

Zelenskyy is making these statements and asking these questions on behalf of a country that has already been defending its territorial integrity against Russia for more than seven years. Due to Putin’s ongoing war in eastern Ukraine and the Russian occupation of Ukraine’s Crimean peninsula, a significant majority of Ukrainians now support NATO membership.

Meanwhile, in early 2019, Ukraine enshrined the goal of NATO membership in its Constitution. The reforms necessary for Ukraine’s realization of its Euro-Atlantic ambitions continue to be implemented by successive parliaments and presidential administrations.

Ukrainians know they do not stand alone. On the contrary, Ukraine has received valuable international support since 2014. However, with the country now at the epicenter of a new Cold War between Russia and the West, Ukraine deserves far greater commitment from the world’s leading military alliance of free democracies.

It is likely that the outcome of this new Cold War will be decided in Ukraine. On the eve of the thirtieth anniversary of Ukraine’s Independence, there is nothing Putin would like to see more than the collapse of Ukraine’s statehood. Putin does not accept Ukraine as a truly independent and sovereign state, let alone a NATO member.

By offering Ukraine a clear path towards membership, NATO would be sending Putin an emphatic message: “Not only do we as an alliance of free democracies recognize Ukrainian statehood; we are prepared to defend it alongside Ukrainians, who have held the front against overwhelming odds and defended the principles of a free Europe since 2014.”

Such clarity would be welcome after seven years of ambiguity. The last time we saw such clarity from the White House was when George W. Bush openly backed Ukraine’s NATO membership. But that door was closed by France, Germany and the United Kingdom at the Bucharest Summit in 2008, which Putin made a point of personally attending.

Croatia and Albania were invited to join the alliance that year, while Georgia and Ukraine were left waiting. To Putin’s delight, both post-Soviet countries were told that they might be invited to join NATO someday, but not today.

Within a matter of months, Putin expressed his gratitude for the alliance’s caution by invading Georgia. Six years later, Putin launched his invasion of Ukraine. There can be little doubt that he would have been deterred from moving against Georgia and Ukraine if they were NATO members.

The consequences of NATO’s fateful decision in 2008 must inform the decisions of NATO leaders in 2021. It should encourage them to take a bold position and stand up to a bully who has repeatedly demonstrated that he is emboldened by signs of weakness and appeasement.

Current NATO members, including Germany, who oppose Ukraine’s NATO road map and parrot Russia’s message that a MAP cannot be granted to countries occupied or at war, should remember that West Germany was protected by NATO membership while East Germany was occupied.

The implications for European security of rejecting Ukraine’s NATO bid are potentially grave. Every student of modern Russia will tell you that Putin and the wider Kremlin leadership only understand the language of strength. Without the prospect of a NATO MAP, the chances of further Russian military escalation against Ukraine increase dramatically.

In the three decades following the collapse of the USSR, Russia has embraced a revanchist foreign policy in the post-Soviet space and used its military might to create a series of puppet republics within the borders of Ukraine, Georgia, Moldova and Azerbaijan.

Since the attack on Ukraine began in 2014, Russia’s revisionist campaign of aggression has gone global. Moscow has conducted assassinations, cyberattacks, disinformation campaigns, and a range of other provocations in Europe, North America, and beyond, while at the same time propping up authoritarian rulers such as Belarus dictator Alyaksandr Lukashenka and Syria’s Bashar al-Assad.

It is time to return to the earlier US position in support of Ukraine’s NATO membership. This would send the clearest of messages that the world’s democracies are committed to ending Russia’s global thuggery.