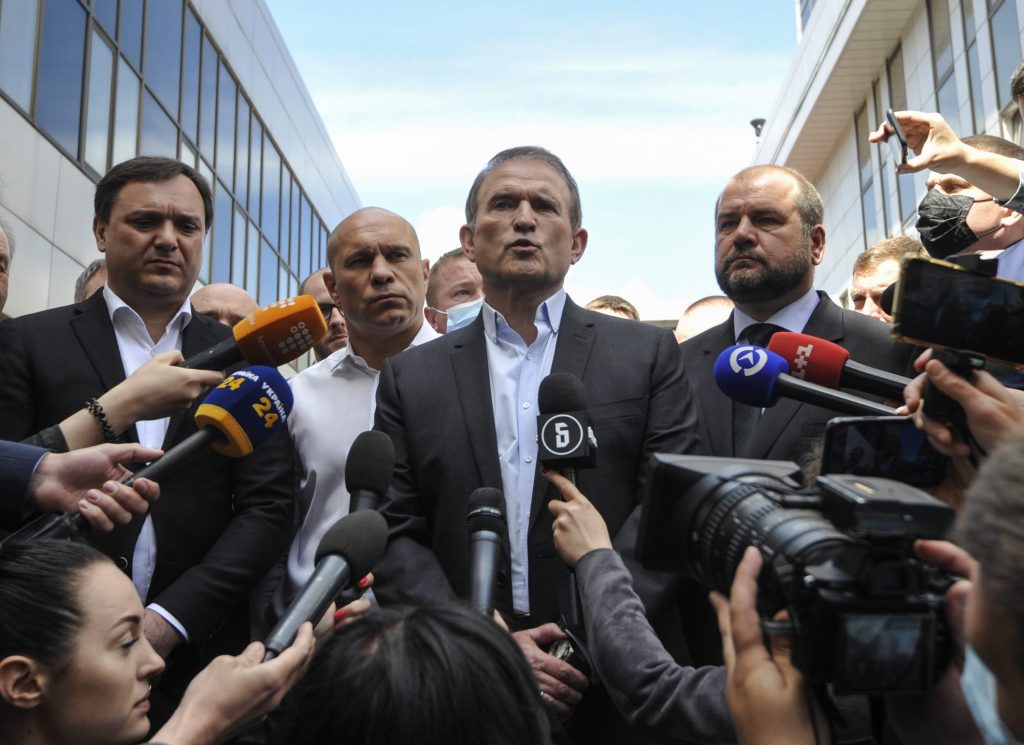 Pro-Kremlin propaganda in Ukraine is changing. Praising Putin is a harder sell in the country since Russia’s 2014 invasion, so nowadays the Kremlin and its proxies are focused less on boosting Russia and more about making the West look just as bad.

These efforts rely on an array of conspiratorial disinformation themes including US Biolabs experimenting on unsuspecting Ukrainians, creepy lackeys of billionaire financier George Soros secretly controlling the government, and the IMF coming for Ukraine’s sacred farmland.

How effective is this propaganda, and what can be done about it?

Over the last year, the Arena project has worked with partners at the University of Zurich, Cardiff University, Internews Ukraine, and the Public Interest Journalism Lab (PIJL) to track these narratives and explore how they resonate with Ukrainian audiences.

The most prevalent narratives include the idea that Ukraine is now under the covert external governance of Western curators, creditors, and “Soros minions”. According to our research, this is believed by 40% of the population. A further 39% agree with claims that George Soros and the International Monetary Fund want to exploit Ukrainian lands. Meanwhile, 25% are convinced that the US has deployed a network of bio labs in Ukraine.

The European Union is also a popular target. Kremlin-aligned sources typically present the EU as a “greedy creditor” and promote false claims that Ukraine trades more with Russia than with EU member states. Some 39% of Ukrainians now believe that “EU integration has brought no benefits to Ukraine.”

These narratives come from a plethora of sources. Outlets promoting Kremlin-friendly disinformation narratives can be found in both the traditional Ukrainian mainstream media and the country’s online media ecosystem. Crucially, sources may be openly aligned with the Kremlin, but could also simply be looking to undermine Ukraine’s reform agenda.

Medvedchuk’s TV channels were recently banned in Ukraine due to their alleged connections with the financing of terrorist activity. But much of this audience has shifted to other channels associated with Medvedchuk's pro-Kremlin Opposition Platform-For Life political party. Since the closure of Medvedchuk’s channels, the audience share of the channel Nash, owned by another businessman connected to Medvedchuk’s party, has increased threefold, making it the second most popular news channel in Ukraine.

Regional factors also play a role. Some 49% of Ukrainians in the south and 51% in the east of the country believe that Ukraine is controlled by Western “curators”, as compared to 31% in the west and 29% in the central regions. However, it would be inaccurate to talk about clear regional divides. Our focus groups found that people across the country, including in the predominantly “pro-West” central and western regions of Ukraine, are generally vulnerable to conspiratorial narratives.

Conspiracy theories tap into widespread distrust, enabling them to gain traction even among those who are otherwise aligned towards the West. The view that “nothing comes for free” pervades attitudes towards international assistance to Ukraine.

Such views are partly reinforced by hundreds of years of harrowing Ukrainian history. Many people tend to see the world in terms of brutal zero-sum interests. Focus groups also showed that a low sense of agency is often related to conspiratorial mindsets. People who feel they can control little around them are more susceptible to thinking that dark, hidden forces also control the wider world.

While today’s Ukraine appears to be particularly fertile ground for conspiracy theories, our research identified signs of resistance to the ultimate aim of pro-Kremlin disinformation in the country, which is to make Russia and the West look equally as bad.

Across the country, 61% of Ukrainians see Russia as the biggest threat to Ukraine, compared to just 15% who believe the US poses the greatest danger. Some 80% agree that “Ukraine should pursue closer relations with the EU”, despite the significant skepticism many Ukrainians harbor about the benefits of EU integration thus far. In a dog-eat-dog world, the Kremlin is still clearly seen as the most malign and least attractive dog.

This shows how the “survivalist” Ukrainian mentality can be turned into a positive. “Personal survival” can be connected to broader national survival, which is also linked to integration into the international community. Too often, reforms are presented as something painful that people need to go through in order to reach some unclear future. Instead, government and international partners need to explain how reforms can bring tangible improvements to living standards.

International partners such as the EU should engage the Ukrainian public through communicators who can systematically explain their position to Ukrainians. This job was done by former Irish and Polish heads of state Pat Cox and Aleksander Kwaśniewski during preparations for the signing of an Association Agreement between Ukraine and the EU in 2012-2013. With the disappearance of such public figures, the space of the “Western interlocutor” has been filled by mythical, conspiratorial fantasies about “Western curators” and “Sorosites.”

The Ukrainian government also needs to tackle the root causes of conspiratorial thinking by improving people’s agency through greater online civic participation in government. The Zelenskyy administration has pledged to create “a state in a smartphone.” Ukraine’s excellent IT sector offers the technological know-how to make this a reality, which would give citizens the chance to participate in everything from municipal budgeting to crowd-sourced solutions to public health crises.

Inspiration can be drawn from countries such as Taiwan and Estonia, where enhanced digital democracy and online civic participation form part of a broader social resilience strategy that aims to fend off the “hybrid” threats posed by Russia and China.

Ukrainian media outlets need to promote trust and empower audiences to help move beyond conspiratorial mindsets. Constructive, solutions-based news can increase people’s understanding about the possibility of positive change. The concept of “social journalism” refocuses journalistic practices around taking an active part in the community and facilitating social change through community engagement.

Ultimately, the most effective propaganda resonates with audiences’ underlying worldviews and personal experiences. In order to fight it, one has to understand the mindsets that it preys on.

Peter Pomerantsev is a journalist, author, and director of the Arena program, formerly based at the London School of Economics and now at the Johns Hopkins University’s Agora Institute.

Inna Nelles is a specialist in strategic communication and advocacy, civil activist, former CEO of Centre UA NGO, and co-founder of the Public Interest Journalism Lab.

Volodymyr Yermolenko is a philosopher and journalist, analytics director at Internews Ukraine, chief editor at UkraineWorld.org, and senior lecturer at Kyiv-Mohyla Academy.

Angelina Kariakina is a journalist, co-founder of the Public Interest Journalism Lab, and news editor at Ukrainian Public Broadcaster.