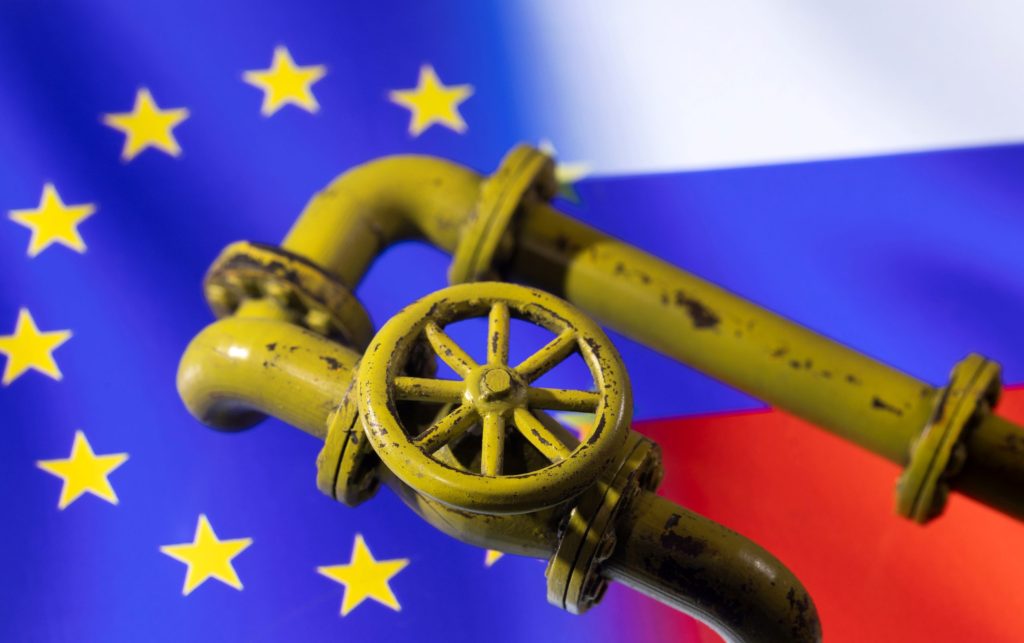 Ukrainians are currently preparing for what is likely to be the most difficult winter in the country’s modern history. With Russia losing on the battlefield, the Kremlin has resorted to the tactics of total war and is attempting to destroy Ukraine’s civilian energy infrastructure. Tens of millions face the prospect of prolonged blackouts along with potentially deadly disruption to essential water and heating services.

This is the latest and most extreme escalation in Vladimir Putin’s long-running energy war against the West. For years, the Russian dictator has used energy as a weapon in his efforts to subjugate Ukraine and divide Europe. He now hopes to freeze Ukrainians into submission while also using supply cuts to pressure European leaders into abandoning their support for Ukraine.

The coming months will determine the outcome of Putin’s energy aggression. If he succeeds in his objectives, Ukraine will face the horrors of prolonged Russian occupation while the Kremlin will gain unprecedented political and economic influence over Europe that could last for decades to come. Alternatively, if Russia suffers a decisive defeat, the threat from Moscow will rapidly recede and Europe will be greatly strengthened. Winning the energy war will set the stage for future European security and prosperity.

Europe’s reliance on Russian energy resources predates Putin and can be traced all the way back to the height of the Cold War. In 1972, Soviet deliveries accounted for around 4% of European gas consumption. By 2021, Russia was providing almost 40% of Europe’s gas. As Moscow’s market share has gradually risen, Russia’s ability to manipulate prices and trigger crises has also increased. Most Europeans now acknowledge that this reliance on Russia represents a major strategic blunder. Thankfully, it is not irreversible.

Ukraine’s experience over the past eight years may offer some valuable pointers. In 2014-16, the Ukrainian authorities achieved considerable success in reducing their country’s energy sector reliance on Moscow. By implementing transparent market tariffs and targeted subsidies, Kyiv was able to support the most vulnerable segments of the population. The Ukrainian government also encouraged energy efficiency by introducing discounted rates on limited volumes and offering funding support for efficiency measures. Within two years, Ukraine was able to reduce consumption by 20%.

Ukraine also ended multi-billion dollar corrupt energy sector practices that had long served to enrich Ukrainian oligarchs with ties to the Kremlin. Prior to the 2014 Revolution of Dignity, Ukraine had been one of the biggest importers of Russian gas. By November 2015, direct Russian gas imports to Ukraine had ceased entirely. These steps allowed Ukraine to reduce Russian leverage and partially disarm Putin’s energy weapon. Europe must now look to implement similarly sweeping measures.

First and foremost, Europe must put plans in place for possible energy rationing and mutual assistance to address looming energy supply shortfalls. European leaders need to agree on a united response to the short-term energy challenges facing the continent; all EU members should be ready to help each other via reciprocal cross-flows as necessary.

Strategic measures are also called for in order to tackle structural weaknesses. Europe’s Green Energy Transition features one major flaw: it relies too heavily on Russian gas imports. In order to adapt to the present energy sector realities, industrial de-carbonization requirements should be relaxed for the time being with oil, gas, and coal production reopened. This is already happening in Germany, the Netherlands, and France. Others should follow suit.

Tax incentives should be implemented, especially for the development of deep wells. A similar approach allowed Ukraine to significantly increase domestic gas production in 2015-19. The EU will also have to resume operation, at least temporarily, of coal-fired thermal power plants. Austria and Germany stand ready to do so.

Before the start of Russia’s full-scale invasion in February 2022, nuclear power stations produced some 55-60% of Ukraine’s electricity. Since 1991, these nuclear plants have operated without incident. The EU needs to recognize that nuclear power is safe, inexpensive, and environmentally friendly. Another key task is the development of renewable energy resources. Here, Germany leads the way with the share of renewable energy in national consumption set to reach 80% before 2030 and with 2% of land resources reserved for solar and wind farms.

In addition to securing alternative sources of gas, Europe must also enhance energy diversification by increasing the continent’s ability to accommodate liquefied gas deliveries. This process is already well underway and now benefits from additional momentum due to Russia’s invasion of Ukraine and the Kremlin’s increasingly open weaponization of gas exports to the EU.

Europe’s top energy priority remains preventing an energy collapse in Ukraine and therefore avoiding a range of negative consequences such as a massive influx of refugees. Ukraine needs urgent European help in order to repair the country’s energy infrastructure following Russian airstrikes. This is just as important as the provision of enhanced air defense capabilities and should take place in parallel. It is also crucial that steps are taken to ensure adequate border crossing capacity to accommodate deliveries of coal that cannot pass through Ukraine’s partially blockaded seaports.

This will be a difficult winter for all Europeans, whether they face blackouts and bombs or heating issues and sky-high energy bills. Putin hopes to weaponize winter and force Europe to surrender, but giving in to the Kremlin would be disastrous for both Ukraine and the EU. Instead, Europe must accept the challenge of overhauling its entire energy system. This is the only way to break the continent’s debilitating dependence on Russian energy and make sure Putin’s energy war ends in decisive defeat.

Arseniy Yatsenyuk is the former Prime Minister of Ukraine (2014-16). He currently serves as Chairman of the Kyiv Security Forum.