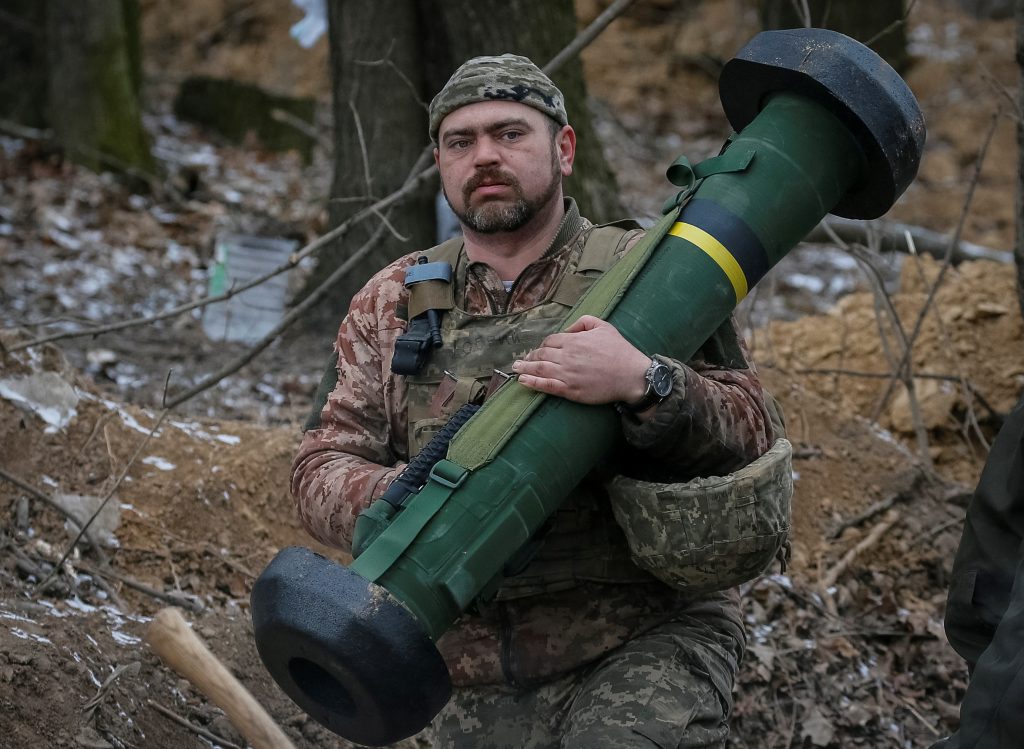 The latest round of negotiations between Russia and Ukraine earlier this week led to some guarded optimism in certain quarters, but it is still far too early to talk about any genuine progress towards peace. On the contrary, all indications on the ground point to Russian preparations for major new offensives in eastern and southern Ukraine. With the outcome of the war still very much in doubt, it is vital that Western leaders remain focused on the overriding objective of facilitating Vladimir Putin’s decisive defeat.

The Russian invasion of Ukraine is a challenge to the entire international order and cannot be allowed to even partially succeed. Rather than pursuing the illusionary relief of a compromise settlement, the democratic world must seek to impose crushing costs on the Kremlin. In practical terms, this means implementing far tougher economic sanctions while providing Ukraine with dramatically upgrading weapons supplies that will enable the country to finish the job of defeating Russia on the battlefield.

Although the war is now in its second month, there still seems to be a lingering lack of recognition in many Western capitals that Ukraine needs to receive far greater quantities of weapons without further delay. It is also time to rethink the types of weapons being delivered to Ukraine. Up until this point, the focus has been on defensive arms and the kind of hand-held weapons necessary to wage an insurgency. However, Ukraine now needs to win a conventional war and requires large-scale deliveries of offensive weapons. First and foremost, this means tanks, artillery, and multiple launch rocket systems.

A popular wartime anecdote sums up the absurdity of the current situation. Ukrainian jokers claim the country’s main weapons supplier is now the Russian Federation, due to the vast quantity of Russian tanks and other military equipment captured from Putin’s invasion force during the first month of the war. As with all good jokes, such quips are also testament to the bitter truth that Ukraine’s partners are not doing nearly enough to arm the country.

Ukrainian President Volodymyr Zelenskyy recently offered some insight into the scale of this shortfall when he stated that Ukraine typically uses one week’s worth of international weapons deliveries within less than 24hrs. Clearly, this is not sustainable in a long campaign against a military superpower.

Based on the evidence of Ukraine’s performance during the first month of the war, the country’s partners should be reassured that it makes good sense to provide more arms. According to Pentagon assessments, Ukraine has made highly efficient use of Javelin missiles provided by the US. Other anti-tank and anti-aircraft weapons have proven equally effective in Ukrainian hands. Ukraine has also repeatedly demonstrated its ability to take on and defeat Russian troops, with Putin’s invasion force suffering catastrophic losses in both men and machines.

Despite the many arguments in favor of increasing arms shipments to Ukraine, there are still strong signs of hesitancy. This is largely driven by longstanding Western fears of provoking Putin. I recall similarly exhaustive discussions some years ago regarding delivery of the first US Javelins to Ukraine, which critics claimed would be viewed by Moscow as “too escalatory.” In reality, nothing is more likely to provoke Putin into further escalations than leaving Ukraine isolated and unarmed.

Other critics of increased weapons shipments to Ukraine argue that the international emphasis should currently be on humanitarian rather than military support. This is short-sighted and fails to recognize that the two issues cannot be meaningfully separated in the context of the current conflict. By providing Ukraine with more weapons, the international community will enable the Ukrainian military to defend the civilian population, force Russian troops to retreat, and reduce the flow of refugees into the European Union. In other words, the quickest way to end the humanitarian crisis is to end the war.

Ukraine is currently in desperate need of swift political decisions in Western capitals to provide the country with a wide range of offensive weapons. This is the only measure that can realistically stop Putin in Ukraine. It is futile to expect Ukrainian concessions at the negotiating table to satisfy Russia. Such thinking is actually far more likely to encourage Putin, leading to further acts of international aggression in Ukraine and beyond.

Putin has demonstrated in both words and deeds that his principle war aim remains the destruction of Ukrainian sovereignty and Ukrainian national identity. He insists that Ukrainians are in fact Russians and refuses to accept Ukraine’s right to exist independently of Russia. Putin will pursue these criminal goals until he is stopped. Unless the West provides Ukraine with sufficient weapons in the very near future, there may soon be no Ukraine to defend.

Image: A Ukrainian soldier holds a Javelin missile system at a position on the front line in the north Kyiv region. March 13, 2022. (REUTERS/Gleb Garanich)