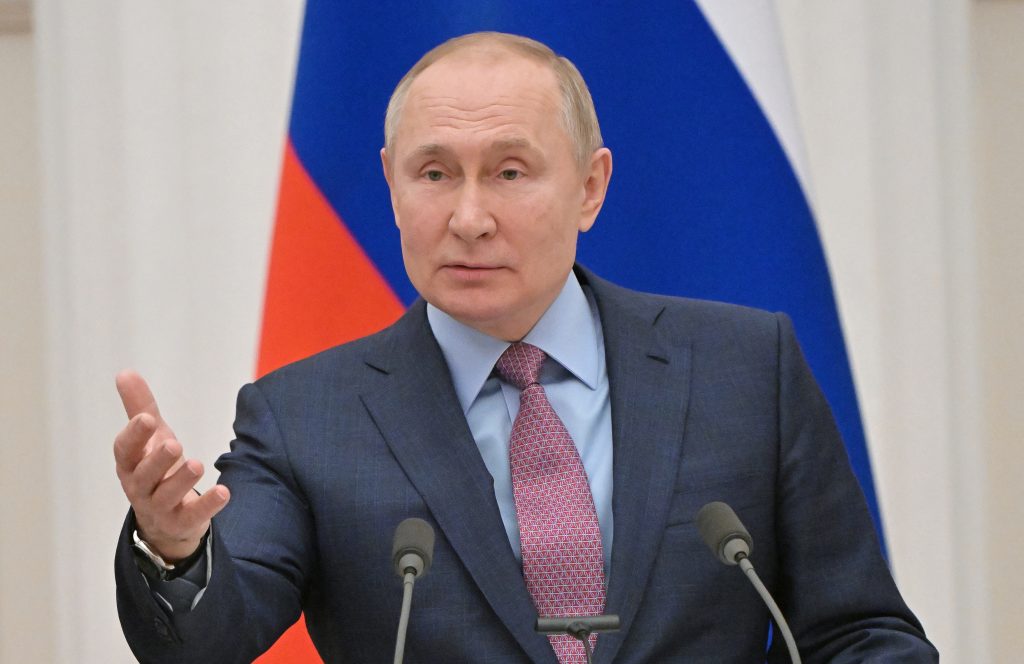 As the world watches to see whether Vladimir Putin will launch a full-scale invasion of Ukraine, the Russian President has once again accused the Ukrainian authorities of committing “genocide” in the east of the country. There have been no serious efforts to support this explosive claim, leading to fears that it is merely designed to provide justification for a looming military offensive.

Putin’s genocide allegations are not only groundless. They represent a grotesque distortion of reality that seeks to blame the victims for a war of aggression orchestrated by Moscow that has killed thousands of Ukrainians and forced millions to flee their homes.

Unfortunately for Putin, history will record his crimes in Ukraine. Long after he has gone and his genocide propaganda has been forgotten, the Russian leader will be remembered as a man who waged war on “brotherly” Ukrainians and shattered bonds dating back centuries.

Ever since the outbreak of hostilities in eastern Ukraine in early 2014, it has been known that the war was sparked and led by Kremlin agents. Some of these Russian nationals have gone on to enjoy a degree of fame in Russia itself, even representing Putin’s own political party in the Russian parliament.

Detailed accounts of Kremlin atrocities in eastern Ukraine also exist. They make for grim reading and highlight the scale of the war crimes that have taken place amid the lawlessness of Russian-occupied eastern Ukraine. As the person who gave the order to launch the entire operation, Putin is ultimately responsible for every death.

The first killings in eastern Ukraine occurred on April 13, 2014, when Russians led by Muscovite Igor Girkin ambushed and killed a group of Ukrainian officers near to the town of Slovyansk. In an intercepted phone conversation, Gikrin could be heard gloating about the murders with Russian accomplices.

Days later, 42-year-old Ukrainian politician Volodymyr Rybak was abducted and murdered for the crime of defying the Kremlin takeover of Horlivka and attempting to fly the Ukrainian flag from the town hall. His badly mutilated body was later found in a river. During an interview five years later, Girkin admitted to also participating in this murder.

In June 2014, the growing religious intolerance of the Kremlin occupation forces led to the murder of four evangelical Christians. Viktor Bradarsky, Volodymyr Velychko, Ruvim Pavenko, and Albert Pavenko were leaving church when they were seized and killed by members of the so-called “Russian Orthodox Army.” Their bodies were discovered in a mass grave one month later following the Ukrainian liberation of Slovyansk.

Stepan Chubenko was a promising 16-year-old footballer from Kramatorsk with a Russian mother and a Ukrainian father. On July 23, 2014, he was taken off a train by Kremlin forces and murdered for being “pro-Ukrainian.” When the teenager’s body was later recovered, it showed signs of torture. Since the liberation of his hometown, a monument to Stepan has been erected in his memory.

Olena Kulish and Volodymyr Aliokhin were a married couple from Luhansk whose crime was helping to feed Ukrainian soldiers. In August 2014, they were abducted from their family home by Kremlin forces and executed.

The list goes on. There are literally thousands of equally distressing accounts from the past eight years of Russian aggression against Ukraine.

In addition to the large numbers of Ukrainian troops who have died defending their country, many more Ukrainians have been killed in Russian atrocities such as the January 2015 shelling of a residential district in front line city Mariupol, which left at least 29 civilians dead. The single deadliest attack of the entire war remains the shooting down of Malaysia Airlines flight MH17 by a Russian military anti-aircraft missile system in July 2014, killing all 298 passengers and crew.

Meanwhile, the Kremlin has transformed occupied eastern Ukraine into a human rights black hole. Since the onset of the conflict in spring 2014, the occupation authorities have maintained a network of secretive detention centers and basement torture chambers that have drawn chilling comparisons with the worst excesses of the totalitarian twentieth century.

Ukrainians are well aware of the horrors that have accompanied Russian occupation in the east of the country. This awareness is one of many factors currently fueling Ukraine’s will to resist. They understand what awaits them if Putin’s forces are able to seize more Ukrainian land and unleash their terror tactics on new civilian populations. Indeed, the United States reports that the Kremlin has already compiled lists of Ukrainians to be detained and possibly killed in the event of a full-scale Russian invasion.

Putin’s accusations of genocide are clearly absurd but they are no laughing matter. On the contrary, he appears to be paving the way for a new wave of military aggression as he desperately seeks to prevent the loss of Ukraine.

With the world confronted by the prospect of the largest European conflict since World War II, it is imperative that the international community now send an unambiguous message to Moscow. Western leaders must inform Putin that not only do they reject his baseless claims of genocide, but they also hold him personally responsible for the crimes being committed in his name and under his tacit command.

Olexander Scherba is a former Ukrainian diplomat who served as Ukrainian Ambassador to Austria (2014-2021).