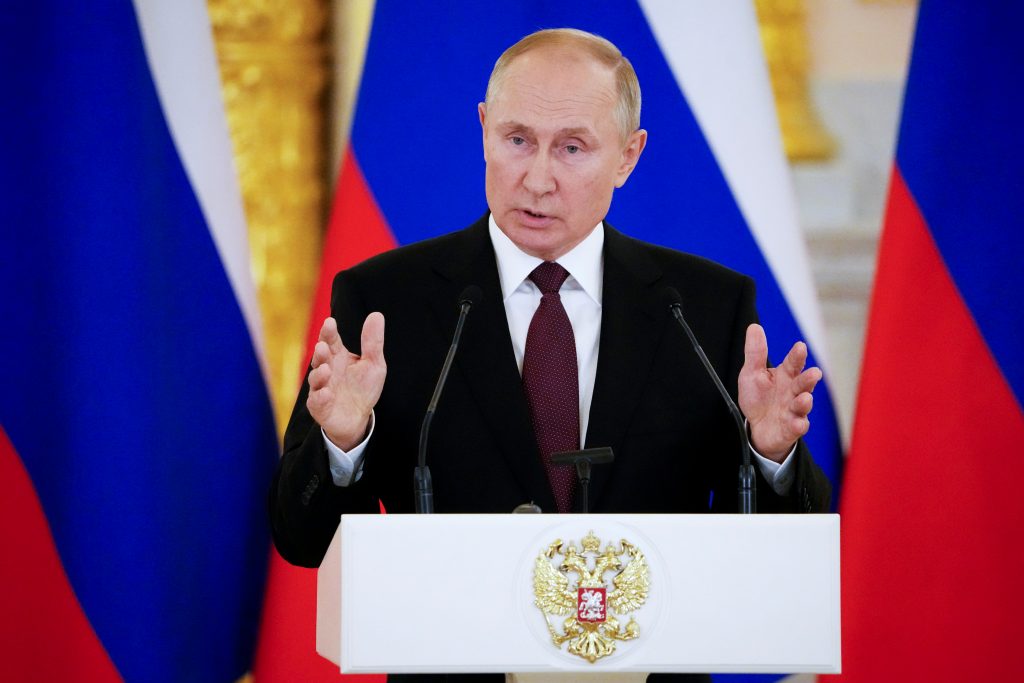 The CEO of Ukrainian energy giant Naftogaz has slammed Russia’s Nord Stream 2 pipeline as a threat to European security and an existential threat to Ukraine. Speaking to the Atlantic Council, Naftogaz chief Yuriy Vitrenko was also critical of the pipeline’s beneficial owner, Gazprom, which he branded as a “rogue corporation” that has flouted laws, regulations, and is controlled by the Kremlin.

Ukraine has long opposed the Nord Stream 2 energy pipeline, which aims to take Russian gas to Germany across the Baltic Sea. Officials in Kyiv say the project is an economically unjustified geopolitical weapon designed primarily to bypass and isolate Ukraine. However, hopes of preventing the pipeline’s completion received a major blow in May when the Biden administration relaxed sanctions measures in a move that sparked vocal protests on both sides of the Atlantic.

“This corporate governance business is nonsense, more like an excuse,” he argues. “And the corporate governance of Gazprom? It is notorious for being a button in Vladimir Putin’s hands. It is not managed by an independent board [as Naftogaz is] and is not insulated from political meddling and graft. It is run by people close to Putin and a state-owned investment bank.”

Opposition to Nord Stream 2 is not limited to Kyiv. The European Parliament has repeatedly voted against the pipeline and US Congress has also imposed a series of sanctions measures. Critics claim the infrastructure project will increase Russia’s energy stranglehold over Europe while leaving Ukraine significantly more vulnerable to further Russian aggression. At present, Russian reliance on the Ukrainian gas transit network is seen as a restraining factor preventing Moscow from expanding its ongoing military intervention in Ukraine. However, if transit via Ukraine ends, Putin would be free to escalate the current conflict dramatically.

In an attempt to allay fears over Nord Stream 2, Germany and the US signed a joint agreement in July that included commitments to prevent any weaponization of the pipeline against Ukraine. However, Moscow has since downplayed the significance of this agreement and critics of the pipeline also remain unconvinced.

On August 20, German Chancellor Angela Merkel met Putin in Moscow and pledged to “fight until the last day in office to ensure Ukraine’s territorial integrity can be guaranteed.” Merkel is expected to step down at the end of September following elections in Germany.

Two days later, she met with Ukrainian President Volodymyr Zelenskyy. While in Kyiv, the German leader reiterated that gas should not be used as a geopolitical weapon and vowed sanctions would be on the table if Russia didn’t comply. Zelenskyy responded by reminding Merkel that Nord Stream 2 is a “dangerous weapon” not only for Ukraine but for Europe as a whole.

Meanwhile, debate over the fate of the pipeline continues in America. On August 23, US Senator Ted Cruz, who co-sponsored US sanctions against Nord Stream 2 and has since held up appointments to key State Department positions in the Senate in protest over President Biden’s sanctions waiver, re-stated his opposition. “President Biden has refused to do what Congress has repeatedly instructed him to do and written into law. He is gifting Putin a generational geopolitical victory every day with his abject failure to stop the pipeline. I will continue to use all available leverage to force the Biden administration to implement Congressionally-mandated sanctions.”

While construction work on the undersea pipeline is now virtually complete, a number of legal obstacles remain before it can be certified for operation, Vitrenko points out. Under European energy law, pipelines and the energy they transport cannot be owned by the same entity for anti-trust reasons. Ownership must be separated via a process known as “unbundling” in order to prevent one entity from controlling transmission as well as supply.

On August 25, a German court rejected Gazprom’s bid for exemption from the EU’s “unbundling” requirement. This ruling is expected to delay the pipeline’s entry into service, but it will be appealed.

“Unbundling is the most relevant issue,” says Vitrenko. “Before certification, the pipeline must be compliant with the letter and spirit of the law. This means the operator has to prove it is not controlled by Gazprom, the gas supplier. This is next to impossible because Nord Stream 2 is a 100 percent owned entity of Gazprom, and is managed by a former Stasi agent who is a personal friend of Vladimir Putin. All decisions about its operations are made in the Kremlin. It is impossible to imagine any measures that would prevent Gazprom and Putin from exerting control. That would be naive.”

If German courts eventually certify Nord Stream 2 without requiring unbundling, countries such as Poland and Ukraine plan to continue the legal battle for as long as it takes, says Vitrenko. Any attempt by the German courts to give the pipeline the green light could also trigger fresh sanctions because, according to the joint agreement signed by Germany and the United States, the project must comply with “the spirit and the letter of the law,” he adds.

According to Vitrenko, Putin is already demonstrating what the pipeline will mean for European energy security. “He is currently blackmailing Germany and the European Union by decreasing supplies of gas to create an artificial shortage and skyrocketing prices. This prevents enough supplies from going into European storage. It is Putin’s way of saying if you want to have enough gas this winter, you must allow Nord Stream 2 to operate without full compliance.”

Vitrenko is convinced new sanctions remain a distinct possibility. “We believe as it becomes more obvious that Russia is blackmailing Europe, there are now more than enough grounds for the US government to impose sanctions that would override Biden’s waiver,” he says.

While efforts to prevent construction of the pipeline have failed, the battle to block Nord Stream 2 is still far from over. On August 31, President Biden will welcome Ukraine’s President Zelenskyy to the White House. The pipeline is likely to be high on the meeting agenda, along with the looming threat of an escalation in Putin’s seven-year war against Ukraine.