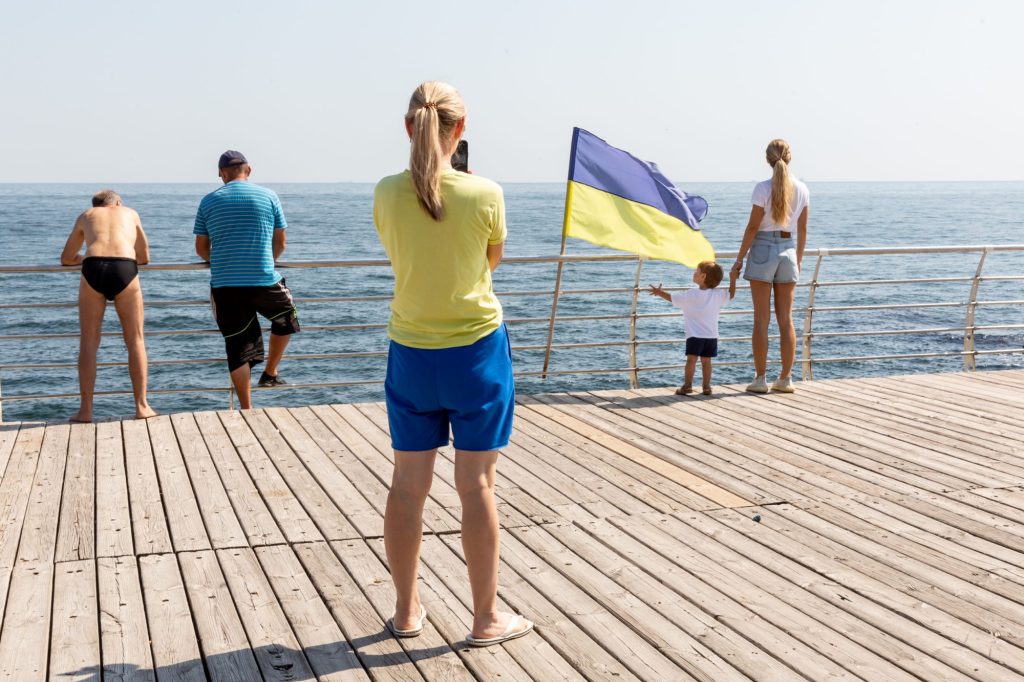 With all eyes focused on Ukraine’s developing offensives in the Kharkiv and Kherson directions, it is worth pausing to reflect on the historic shifts in Ukrainian public opinion that are taking place as a result of the war. These changes are particularly visible in southern Ukraine, where historic sympathy for closer ties with Russia has been dramatically eroded by Vladimir Putin’s ongoing invasion.

Ukraine’s south was already the most dynamic region of the country in terms of attitudes toward key societal issues. According to recent polling by the International Republican Institute (IRI), the pace of this change has dramatically accelerated since the launch of Russia’s full-scale invasion on February 24.

The southern region of Ukraine including Odesa, Mykolaiv, Kherson, Zaporizhia, and Dnipropetrovsk oblasts has witnessed the most significant changes in opinion since Ukraine’s 2014 Euromaidan Revolution. This process has gained further momentum following the onset of the Russian invasion earlier this year. While many of the questions in this most recent IRI survey drew surprisingly optimistic answers from the Ukrainian public, arguably the most fascinating responses came from residents of southern Ukraine on the key issues of NATO, the EU, and a possible peace settlement with Russia.

In comparison with earlier IRI polling data going back to 2012, the scale of the shift in public opinion on these issues is striking. In March 2012, over a year away from the anticipated November 2013 Association Agreement between Ukraine and the European Union, only 17 percent of respondents in southern Ukraine said the country should enter into an economic union with the EU. Meanwhile, a clear majority of 60 percent preferred the idea of a Customs Union with Russia.

Today, these positions have been completed reversed. Only about one percent now say they would choose a Moscow-led Customs Union, with almost 80 percent of respondents across southern Ukraine voicing their support for EU membership.

The starting point for this transformation in public opinion was Russia’s initial invasion of Ukraine in early 2014. The Russian occupation of Crimea and subsequent invasion of eastern Ukraine’s Donbas region eight years ago had a profound impact on public opinion throughout southern Ukraine and led many to completely reevaluate their views of Ukraine’s place in Europe and the wider world.

Support for EU membership climbed to 36 percent in September 2014 and went on to reach almost 50 percent in early 2015, where it would hold steady until the all-out invasion by Russia in February 2022. Meanwhile, the Customs Union option remained appealing for almost one-third of residents in southern Ukraine up until February 24, 2022. However, this support almost completely evaporated following Putin’s decision to invade.

The trends evident in terms of EU and NATO membership can also be seen in attitudes throughout southern Ukraine on the topic of possible peace talks with Russia. When asked what concessions they would be prepared to make in order to end the war, the most popular response with 39% was “none of the above.” On the issue of Ukraine’s territorial boundaries after the war, almost 70 percent of respondents in southern Ukraine stated in the most recent IRI survey that post-war Ukraine should maintain its internationally recognized 1991 borders, including Crimea and all the mainland Ukrainian regions currently under Russian occupation.

These are strong numbers from a region that has previously been stereotyped as pro-Russian. While there have been a number of prominent collaborators during the current invasion, the overall mood is clearly shifting in the opposite direction. Indeed, it is remarkable to see not just the optimism and resilience of the people of this region, but also their firm turn away from Russia and the imperial vision of Vladimir Putin.

Whether this change in attitudes remains in place in the post-war period is another question. There will inevitably be challenges associated with meeting expectations once areas of southern Ukraine currently under Russian occupation are liberated. The international community must keep this important region in focus not only in the days ahead but in the months and years to come. For now, it certainly looks like Putin’s decision to invade Ukraine has backfired spectacularly.

Image: Ukrainian flag on display in Odesa as people look out at the Black Sea. September 3, 2022. (Photo by Dominika Zarzycka/NurPhoto)