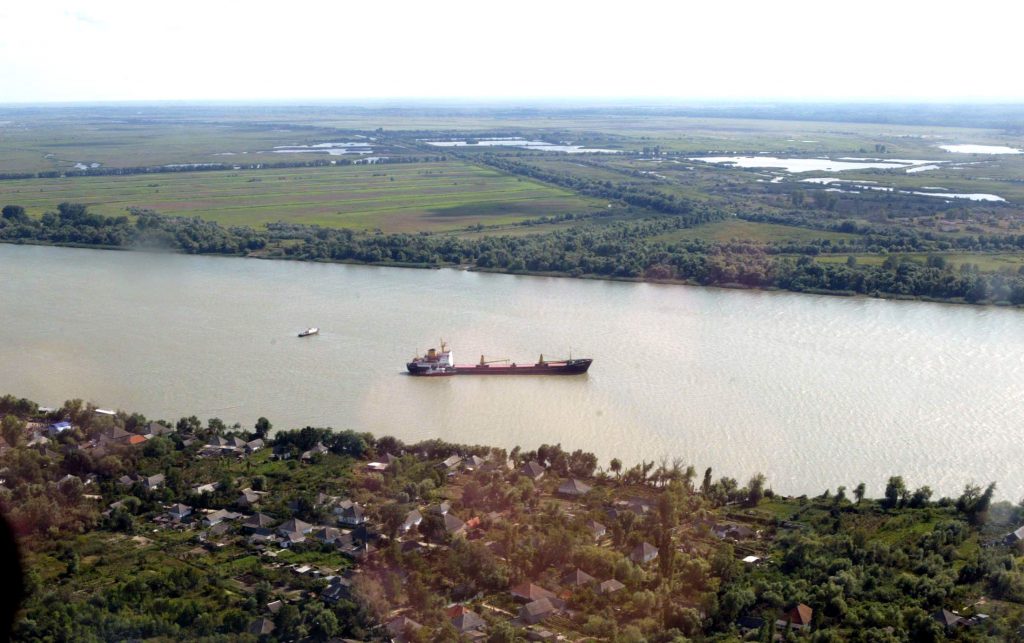 When President Volodymyr Zelenskyy visits southern Ukraine’s Bessarabia region later this fall to discuss local economic development, a brand new wind farm, the area’s largest recent investment project, will be one of the first things to greet him. The newly completed array of ten wind turbines in the town of Belgorod-Dneistrovsky welcomes visitors traveling down Odesa Oblast’s M5 highway, gleaming white against a backdrop of blue sky and gently rolling hills. There might as well be an “open for business” sign.

Sparsely populated and dominated by small-scale agriculture, Bessarabia’s economic potential has been overlooked for decades by politicians in Kyiv and international investors alike. That paradigm is now shifting as the region’s strategic importance and business potential come into focus. Bessarabia is getting ready for its close-up.

Bessarabia lies tucked away in the southwestern corner of Ukraine between the Dniester River in the north and the Danube River to the south. The region has a long recorded history that stretches all the way back to antiquity. Ukrainian Bessarabia traded hands between the Principality of Moldavia and the Ottoman and Russian empires for much of its early modern history. It was then briefly absorbed into a unified Romania before incorporation into the Ukrainian Soviet Socialist Republic after World War II. It has been part of Ukraine’s Odesa Oblast since the country declared independence in 1991.

While its colorful and sometimes bloody history has helped give today’s Bessarabia its multi-ethnic tapestry, it has also meant that the region rarely got the opportunity to develop economically. Little more than an exotic outpost to imperial centers in Istanbul and Moscow, Bessarabia was a territory to be controlled rather than developed. Unfortunately, that legacy carried over into the region’s first decades as a part of independent Ukraine. Even in 2018, residents reported feeling neglected by Kyiv. The region is currently home to some of the poorest districts in Ukraine.

Bessarabia’s fortunes may finally be changing. In recent years, a combination of brave international investors, plucky local initiatives, and regional development projects with neighboring Romania and Moldova have succeeded in breathing new life into the economy.

The recently opened Belgorod-Dneistrovsky wind farm is just the first phase in what will become a USD 150 million outlay in renewable energy in the region. The Western-funded project, which at full capacity can provide electricity to over 100,000 households, is even more significant considering the difficulties facing green energy investors elsewhere in Ukraine. The Ukrainian government and Western energy companies have been engaged in a long-running dispute over unpaid “green tariffs,” with no end in sight. But in Bessarabia, wind energy projects are moving forward.

Bumper crop yields in recent years have spurred on the regional economy even amid negative downstream effects from the Covid-19 pandemic. The opening of the land market earlier this year is expected to provide additional stimulus to agricultural markets as farmland values rise and Bessarabian farmers gain the ability to take out loans against their property.

The region’s fledging tourism industry is growing, too. Travelers have long trekked south to see the tiny Danube town of Vylkove, nicknamed the “Ukrainian Venice” for its intricate system of canals. But today the region boasts additional points of interest and whole new itineraries altogether.

The Bessarabian wine scene is beginning to emerge, thanks in large part to the wine-making traditions of the Bolgrad region and the Petrov Vineyard in Strumok, Ukraine’s first all-organic vintner. Visitors can book archaeological tours of Kiliya, which claims to be the oldest town in Ukraine, dating back to Scythian settlements in the second century AD. On a more traditional note, the Aleksandr Suvorov Museum in Izmail describes the Russo-Turkish wars of the 18th century in stunning detail, with an impressive array of historical artifacts for a town of just 70,000 people.

Regional connectivity projects with neighboring Romania and the European Union are helping to remove barriers to contact between Ukraine and its European partners. The success of a new Danube ferry crossing to Romania has prompted plans for additional border crossings and has opened discussions to remake the region’s river ports.

Brussels has also invested in Bessarabia’s physical and human capital, financing educational facilities and funding capacity-building training. Crucially, the EU’s Strategy for the Danube Region (EUSDR), a cross-cutting initiative of thirteen EU member and non-member states, offers a road map for the region’s development. Indeed, Zelenskyy’s visit to Bessarabia this fall may be well-timed, as Ukraine takes up the chairmanship of the EUSDR on November 14.

Kyiv, too, has contributed in part to Bessarabia’s economic resurgence. The Odesa-Reni highway was repaved in 2019, shaving a six-hour drive down to four. More recently, President Zelenskyy’s “Big Construction” initiative has helped reduce transportation costs in the region by fixing roads in smaller towns and villages. Zelenskyy’s recent trip to strategically located Snake Island, 30 miles from the Bessarabian coast, shows he understands the region’s security importance in the ongoing conflict with Russia.

And yet paying increased attention to Bessarabia solely for fear of Kremlin intervention and the region’s supposed Russophilia, as some experts have suggested, would be a mistake. Kyiv should of course remain vigilant to Russian aggression, particularly in the country’s east and in the Black Sea region. But viewing Bessarabia strictly through a security lens only continues the Russian and Ottoman imperial legacy of prioritizing control over development.

In fact, Bessarabians are more in line with mainstream Ukrainian politics than many might at first glance assume. Like much of the country, the region voted overwhelmingly in favor of the ruling Servant of the People party in the 2019 presidential and parliamentary elections. However, at the local level, the Euro-Atlantic-leaning European Solidarity party holds a higher percentage of seats in Bessarabia’s most important city councils than it does in the Ukrainian parliament.

Ukrainian officials and the country’s international partners should invest in Bessarabia’s economic development because of its immense potential for growth, not merely as a defensive security measure. A process of regional revival is already underway in today’s Bessarabia and must now be further consolidated. Given greater access to funding for infrastructure, small businesses, and human capital, this often overlooked region could become a major economic asset for Ukraine.

Andrew D’Anieri is a program assistant at the Atlantic Council’s Eurasia Center. He tweets @andrew_danieri.