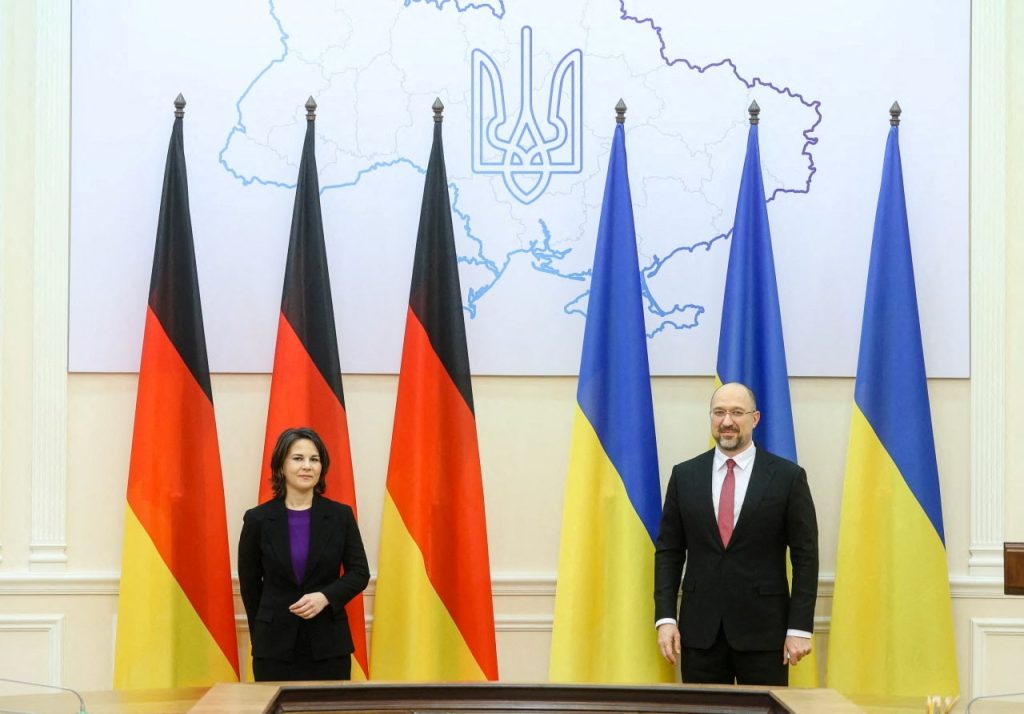 With more than 100,000 Russian troops currently concentrated on the Ukrainian border and the prospect of the largest European conflict since WWII looming over the continent, Western unity has never been more important. It is therefore alarming to witness Germany’s reluctance to align itself unambiguously with the rest of the democratic world in opposition to Russian imperial aggression.

Germany’s inexplicable wavering goes against the July 2021 commitment it made to Ukraine in return for the withdrawal of US opposition to the highly controversial Nord Stream 2 gas pipeline.

Indeed, in a July 2021 joint statement, US President Joe Biden and German Chancellor Angela Merkel declared: “The United States and Germany are steadfast in their support for Ukraine’s sovereignty, territorial integrity, independence, and chosen European path. We recommit ourselves today to push back against Russian aggression and malign activities in Ukraine and beyond.”

Notwithstanding this unambiguous commitment, Berlin has not only refused to send any lethal defensive weapons to help Ukraine defend itself, but has even blocked another NATO member from sending such weapons of German origin. Germany has also responded evasively to calls for a firm commitment to block the Nord Stream 2 gas pipeline in the event of a new Russian offensive.

Meanwhile, prominent Germans have voiced opinions which have further fuelled doubts over the commitment of Europe’s most powerful economy to counter the Kremlin threat.

Ukrainians are dismayed with Germany’s attempts to defend their refusal to arm Ukraine by invoking war guilt for Nazi crimes committed against the Soviet Union during WWII.

Unfortunately, Germany still erroneously considers modern Russia to be the sole successor state of the Soviet Union. As a result, many Germans are unaware of the enormous losses inflicted by Nazi Germany on Soviet-era Ukraine.

In a speech delivered at a 2017 conference in the German Bundestag addressing Germany’s historical responsibility towards Ukraine, Yale University historian Timothy Snyder underlined Ukraine’s centrality to the conflict. “The purpose of the Second World War, from Hitler’s point of view, was the conquest of Ukraine. It is therefore senseless to commemorate any part of the Second World War without beginning from Ukraine,” Snyder stated.

“The result of the ideology of this war was that some 3.5 million civilian inhabitants of Soviet Ukraine were victims of German killing policies between 1941 and 1945. In addition to that 3.5 million, about 3 million Ukrainians, inhabitants of Soviet Ukraine, died as soldiers in the Red Army, or died indirectly as a consequence of the war,” noted the American historian.

The traumatic legacy of WWII in Ukraine undermines Germany’s claims to be acting in a historically responsible manner when it refuses to send lethal defensive weapons to Ukraine. Germany’s refusal to arm Ukraine despite its July 2021 commitment is even more incomprehensible given the fact that German arms exports reached record levels in 2021.

Despite the deep sense of frustration in Ukraine over Berlin’s current stance, Germany can still reconsider its position and comply with its July 2021 commitment to support Ukraine’s territorial integrity.

Indeed, German Chancellor Olaf Scholz will be in Kyiv on February 14 for talks with Ukrainian President Volodymyr Zelenskyy before proceeding to Moscow the following day for a meeting with Russian President Vladimir Putin.

This would be an opportune moment to announce that Germany will fulfill its commitments by arming Ukraine with lethal defensive weapons and imposing severe sanctions on the Kremlin to prevent further military aggression against Ukraine that could trigger the biggest European war since WWII.

For a country acutely aware of its historical responsibility, there can be no higher priority for Germany.

Eugene Czolij is president of NGO “Ukraine-2050” and former president of the Ukrainian World Congress (2008-2018).