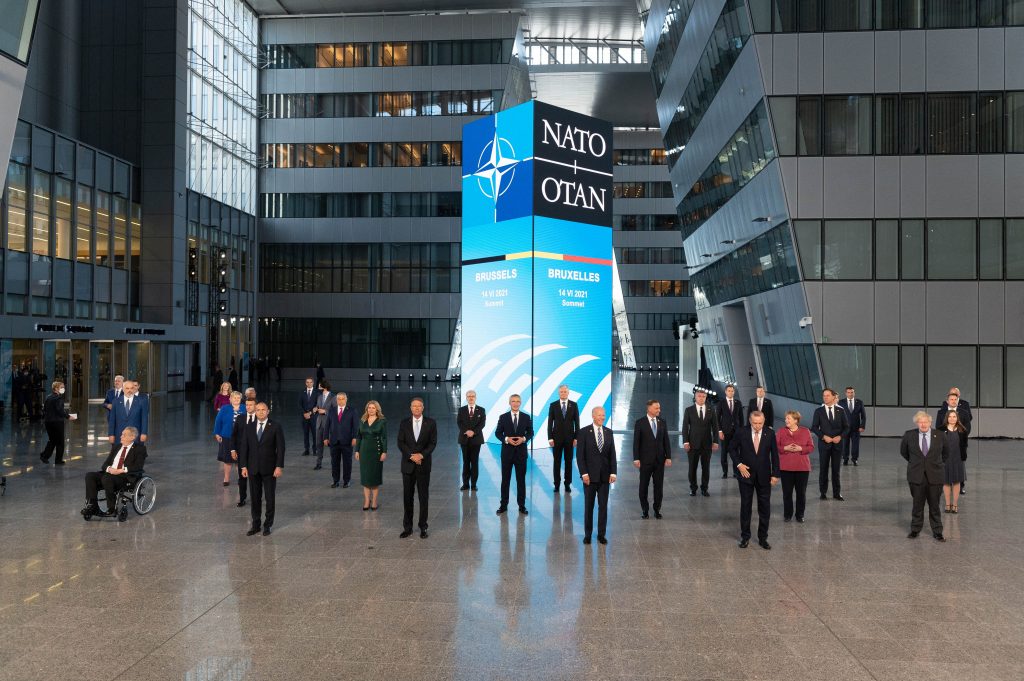 The horrors of World War I and World War II compelled the United States to step up and lead. The fight to defeat fascism was not fought alone, and neither was the effort in subsequent decades to free Europe from the shackles of communism. Partners across the Atlantic came together to address the challenges of the time.

The present-day member states of the North Atlantic Treaty Organization (NATO) have played a vital role in this objective. And, peace in Europe has endured all these years largely due to the strong, well-trained tactical and strategic partnership developed in conjunction with our military alliances in Europe via NATO.

In 1989 and 1990, as a US Treasury official, I had a front row seat to the successes of freedom as protected by NATO. I witnessed the collapse of the Iron Curtain and initial breeze of freedom across the former Warsaw Pact countries.

Since 1989, NATO membership has expanded, reflecting the draw of shared values and principles. The challenges facing NATO, however, have also evolved due to technological advances and the emergence of security threats outside NATO’s traditional geographic focus.

Following the tragedy of 9/11, Article Five of the North Atlantic Treaty, which provides the legal basis for one of NATO’s founding principles, namely, collective defense, was triggered. Once again, NATO member states demonstrated the shared commitment to defending a partner country and the need to address radical terrorism and extremism around the globe.

As an alliance, NATO proved it was able to defeat those that would harm its member states and our partners outside of the traditional methods of engagement. NATO has proven its resolve. However, while NATO continues to fulfil its mission, it must be recognized that the threats its member states face are evolving. NATO must adapt to meet them.

NATO is a military-security alliance. Upon arrival in Congress in January 2015, I saw a need for greater attention to the preparedness of US military strategy and the readiness of American forces.

I witnessed first-hand in central Arkansas at Camp Robinson and Little Rock Air Force Base, the lack of training funds from years of budget cuts and federal spending through stopgap “Continuing Resolutions” in lieu of regular, predictable budgets. I saw the fatigue of US women and men serving down range for many years.

NATO’s women and men in uniform deserve better. They require reliable financial and material support from both their own governments and their most important strategic allies, NATO member states. This needed to change, and it did.

I agreed with the Obama administration’s focus on the sustained strength and long-term, diverse financial support of NATO and its operational capabilities, which continued under the Trump administration.

NATO member states agreed at the 2014 summit in Wales to spend not less than two percent of their GDP on defense, of which at least 20 percent should be invested in major equipment, including research and development. This includes modern tanks, armored personnel carriers, and aircraft, in addition to emerging military technologies that ensure NATO’s joint forces are adequately equipped and prepared for modern warfare.

In 2014, only three countries met this two percent objective. While military spending among NATO member states has increased across the board, today only 11 of its member states meet the minimum defense expenditure ratio agreed to in Wales. That’s not right. As an alliance, NATO has to be able to face down its common enemies and maintain peace, because its member states have all stood together and contributed equally over the decades.

Previous presidents agree, with one saying clearly: “[W]e cannot continue to pay for the military protection of Europe while the NATO states are not paying their fair share and living off the ‘fat of the land.’ We have been very generous to Europe and it is now time for us to look out for ourselves.” This isn’t a quote from President Trump, but instead from President Kennedy during a National Security Council (NSC) meeting on January 22, 1963.

Kennedy’s complaint in the NSC meeting was at the height of the Cold War. We are now 30 years on from the unification of Germany and the collapse of the USSR. Nevertheless, the need for NATO member states to rise to their financial commitment remains a key sticking point for many members of Congress concerned about the future of the organization. Surely our friends can meet the commitments they made not ten years ago.

Previously, NATO was mainly concerned about the threat from the Soviet Union, but today the transatlantic partnership faces a range of new challenges. Russia continues its efforts to demonstrate economic, military, and cyberspace prowess in its perceived backyard and beyond. This includes through election meddling in the United States and Europe and the continued occupation of Crimea and the Donbas region of Ukraine.

Technology has also evolved, threatening the readiness of our militaries and the integrity of elections around the globe. The world faces a return to the era of Great Power Competition of the early twentieth century and before, if America and its NATO allies do not act.

As the principal military pillar of the transatlantic partnership, NATO is essential to meeting the security challenges America and her allies face. However, if it is to be effective, it must evolve. It has done so in the past, and it can do so now.

Rep. French Hill (AR-02) has been a member of Congress since 2015. He is a member of the US House Committee on Financial Services, where he works to advance US national security and foreign policy priorities.

Ukraine is set to be high on the agenda when US President Joe Biden meets Russia's Vladimir Putin on June 16. However, few expect any breakthroughs towards ending the seven-year Russo-Ukrainian War.

Image: Leaders of NATO member states pose for a family photo before the NATO summit in Belgium on June 14, 2021. (Jacques Witt/Pool/ABACAPRESS.COM via REUTERS)