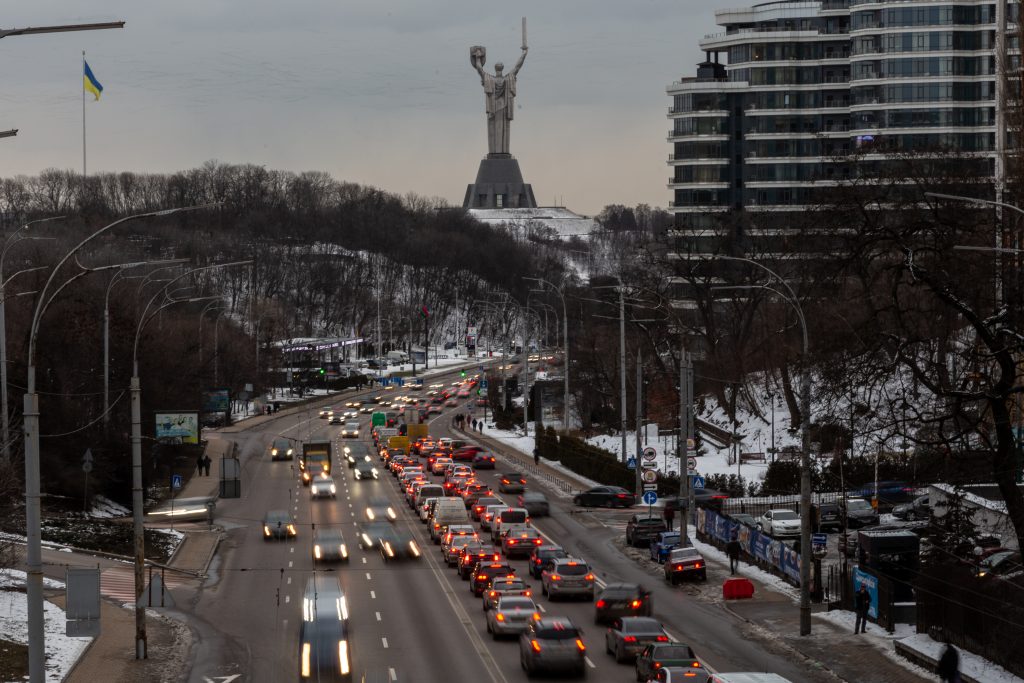 A map of Ukraine recently published by the Washington Post that claimed to show the percentage of “native Russian speakers” across the country drew widespread anger. Coupled with a caption repeating Russian President Vladimir Putin’s claims to be “defending Russian-speaking Ukrainians,” the graphic suggested that language correlates to geopolitical allegiance in Ukraine. Just as problematic was the map’s use of census data from 2001, the most recent year Ukraine counted its citizens.

It is highly unlikely that the Washington Post deliberately aimed to spread Russian disinformation. On the contrary, the newspaper frequently dispels false Kremlin claims about Ukraine. Yet the use of 21-year-old demographic data highlights Ukraine’s damaging failure to conduct a census in over two decades.

The lack of recent reliable nationwide data about the citizenry of Ukraine has opened a gaping rhetorical hole into which misinformation can proliferate. It is a common trope in pro-Kremlin narratives that Russian-speakers in Ukraine are sympathetic to Moscow. Putin and other senior Kremlin figures have regularly justified Russian intervention in Crimea and eastern Ukraine’s Donbas region as a means of “protecting Russian-speakers” from a supposedly intolerant Ukrainian state.

Outdated information about the number and location of ethnic Russians and native Russian-speakers in Ukraine is frequently weaponized as part of Moscow’s ongoing information war. This helps fuel Kremlin-sympathetic narratives in the international information arena that have little basis in the evolving Ukrainian realities of today.

Since the last census in 2001, Ukraine has undergone two national revolutions, withstood Russian invasion and annexation of its territory, and seen approximately two million people displaced by war. Ukrainians continue to defend their country against an ongoing campaign of Kremlin aggression that is about to enter its ninth year. The country has changed dramatically over the past two decades and needs up-to-date demographic data to properly capture the effects of these historic changes.

An updated Ukrainian census would offer much-needed insight into the impact of the transformations that Ukraine has experienced over the past 21 years. It could also provide clarification on how today’s Ukrainian population chooses to self-identify.

Fortunately, Kyiv is scheduled to conduct a long overdue census in 2023. The Ukrainian authorities had been set to hold a new national count in 2020, but budgetary strains as a result of the coronavirus pandemic forced the State Statistics Bureau to postpone its census plans.

The need to accurately identify the size and makeup of the Ukrainian population is currently more urgent than ever amid the threat of further hybrid attacks from Russia.

The Kremlin has instituted passportization policies in Russian-occupied eastern Ukraine, persecuted Crimean Tatars, and forced the displacement of millions from eastern Ukraine and Crimea since Moscow’s invasion began in 2014. These are threats both to the physical security of Ukrainians and to the true characterization of Ukraine.

A new census will not only help Ukraine combat Russian hybrid warfare. It could also improve the efficiency of the government.

Collecting basic demographic information can tell governments a great deal about their constituents and allow them to allocate resources accordingly. For all its economic growth in recent years, Ukraine remains one of the poorest countries in Europe. It desperately needs to spend its tax revenues effectively.

A greater understanding of where Ukrainian children live would allow Kyiv to better distribute educational resources. The country embarked on a full-scale revamp of its educational system in 2019 with promises of increased funding. More efficient allocation of that funding will help give the government a higher return on its investment.

The efficient allocation of resources extends beyond schools. Decentralization has been one of Ukraine’s most effective post-Maidan reforms since it began in 2014. The national government provides direct funding for local government bodies that now have an expanded mandate to use the money for social programs, mitigating the influence of corrupt “middlemen” at the regional level. A new census would make decentralization reform even more responsive to far-flung communities throughout Ukraine and could help fill in some of the gaps that decentralization has so far failed to fill.

The successful completion of a modern census would also help to disarm dubious narratives that suggest Ukraine is a failed state. The act of counting and collecting demographic data on a country’s citizens is an effective way for a government to display its competence and underline its legitimacy. After all, democracies like Ukraine draw their mandate from those they govern. Skeptical Western analysts and pro-Kremlin provocateurs alike would find it more difficult to tear down the capacity of a state that can enumerate over 40 million people across the largest country wholly in Europe.

Next year’s census cannot come soon enough. Ukraine faces over 100,000 Russian troops along its borders, sent by Putin to weaken Ukrainian sovereignty, either by force or by extracting concessions from the West. In response, Ukrainian leaders have impressively reasserted their country’s geopolitical agency and rallied Western partners. But Ukraine can also exercise its independence from Moscow and defy the malign knock-on effects of Kremlin aggression by counting and gathering data about its inhabitants. Ukraine will reap the tangible benefits of a new census and will demonstrate to the world its capacity as a modern, democratic state.

Andrew D’Anieri is an assistant director at the Atlantic Council’s Eurasia Center. He tweets @andrew_danieri.