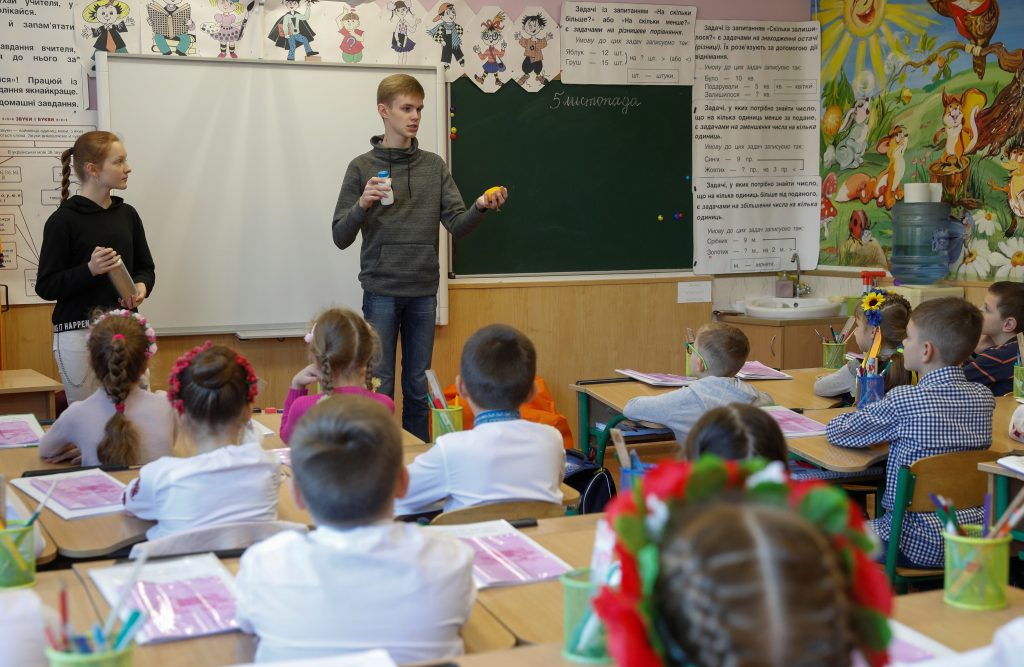 For the past three years, Ukraine has made relatively steady progress towards modernization of its education system while largely avoiding the political maneuvering that has stalled other reform programs. This nonpartisan success story is now under threat thanks to the controversial recent confirmation of Serhiy Shkarlet as Minister of Education and Science, an appointment that has dragged Ukraine’s ambitious educational reforms firmly into the political fray.

Shkarlet was first appointed acting Minister of Education in June 2020. He had previously spent a decade as rector of the National Technological University, a role that made him the youngest ever rector of a large Ukrainian university. Shkarlet has come under fire for comments he made in 2010 in support of then-president Viktor Yanukovych’s pro-Russian Party of Regions party and for his connections to the Yanukovych regime. He has also faced accusations that he committed plagiarism on a number of academic articles, including his doctoral thesis.

Shkarlet was originally due to be appointed minister in summer 2020, but the Ukrainian parliament’s refusal to take up a vote on his confirmation and a round of student-led protests against him forced Prime Minister Denys Shmyhal to name Shkarlet to the cabinet in an acting capacity instead. His full confirmation passed by just one vote in mid-December amid highly partisan political tensions in parliament.

Shkarlet received votes from a majority of MPs in President Zelenskyy’s Servant of the People party, together with MPs from the pro-Kremlin Opposition Platform-For Life party and oligarch Ihor Kolomoisky’s For the Future. A coalition featuring European Solidarity, Fatherland, and Holos MPs all voted against Shkarlet. Opponents vowed to continue with attempts to block his confirmation and claimed the original vote featured illegal multi-voting on behalf of absent MPs.

These voting blocs will be familiar to close observers of the Ukrainian parliament, which has calcified into three factions over the past nine months. Many votes during the course of 2020 have seen Servant of the People MPs allying themselves with an unholy alliance of deputies representing pro-Russian and oligarchic interests. On less frequent occasions, Zelenskyy’s MPs have entered into an uneasy entente with Ukraine’s pro-European parties. Conflicts between the three loose groupings have often created deadlock among MPs and served to slow down the work of parliament.

Pro-Russian and oligarchic forces have been the most egregious obstructionists, holding up a key banking reform bill in April and submitting a court motion that set off this fall’s constitutional crisis. But the two other factions have also slowed the reform process on occasion. In July, Holos formally declared itself in opposition after the government introduced a bill backed by the Venice Commission to allow schools to teach in languages other than Ukrainian. Meanwhile, internal divisions within the Servant of the People party have prevented it from taking full advantage of a nominal legislative majority in order to pass business and anti-corruption reforms.

For the past few years, positive changes in the Ukrainian education system have been beginning to take shape. Largely unencumbered by political meddling, education officials and their international partners have laid out a range of sensible reform targets and made reasonable headway.

NUS reforms have already delivered three essential changes to Ukrainian education. This has included a long overdue transition away from an outdated curriculum that emphasized the role of the teacher toward a new, student-centered approach that gives young learners the intellectual space to be creative and ask questions.

The new curriculum also aims to develop applicable professional skills like computer programming and English proficiency that students will need to succeed in modern Ukraine and beyond. Additionally, it has introduced civic education and cultural awareness into the state curriculum, an implicit acknowledgement that an engaged citizenry is crucial to the open democracy that Ukraine strives to be.

NUS is not without its problems, however. For all the well-meaning principles of NUS, its rapid implementation has been challenging for teachers who often have precious few resources to transition to this wholly new approach to education.

Already overburdened and underpaid, many teachers in poorer areas hardly received any training in the new curriculum. Worse still, over 6,000 Ukrainian schools lack any internet connection at all, making it nearly impossible to teach the full suite of competencies outlined by NUS. Clearly, far more investment is necessary to give teachers the tools they need to make educational reform work for their students.

To his credit, Shkarlet has continued to develop Ukraine’s strong education partnership with Finland that began in 2017. Technical cooperation programs like the Finnish-led EUR 58 million EU4Skills program are crucial to improving education in Ukraine and maintaining its Euro-Atlantic trajectory. At the very least, Shkarlet has shown the ability to shepherd such programs and maintain relations with Ukraine’s European partners.

Shkarlet’s comments admiring Yanukovych and ties to the Yanukovych regime are worrisome, though his 2015 run for regional council in Chernihiv under the Petro Poroshenko Bloc suggests he is more political opportunist than Kremlin agent. Evidence of Shkarlet’s plagiarism also appears damning. If proven true, it should certainly be disqualifying.

However, the biggest danger associated with Shkarlet’s appointment may be the further politicization of education sector reforms. The modernization of Ukraine’s education system needs significant additional investment and competent guidance if it is to succeed. Political battles will only hinder this progress. With so much else on Ukraine’s reform agenda currently hostage to political considerations, it is far from clear whether Shkarlet is the right man for the job.

Andrew D’Anieri is a program assistant at the Atlantic Council. He taught English in Ukraine’s Odesa Oblast as a Peace Corps Volunteer.