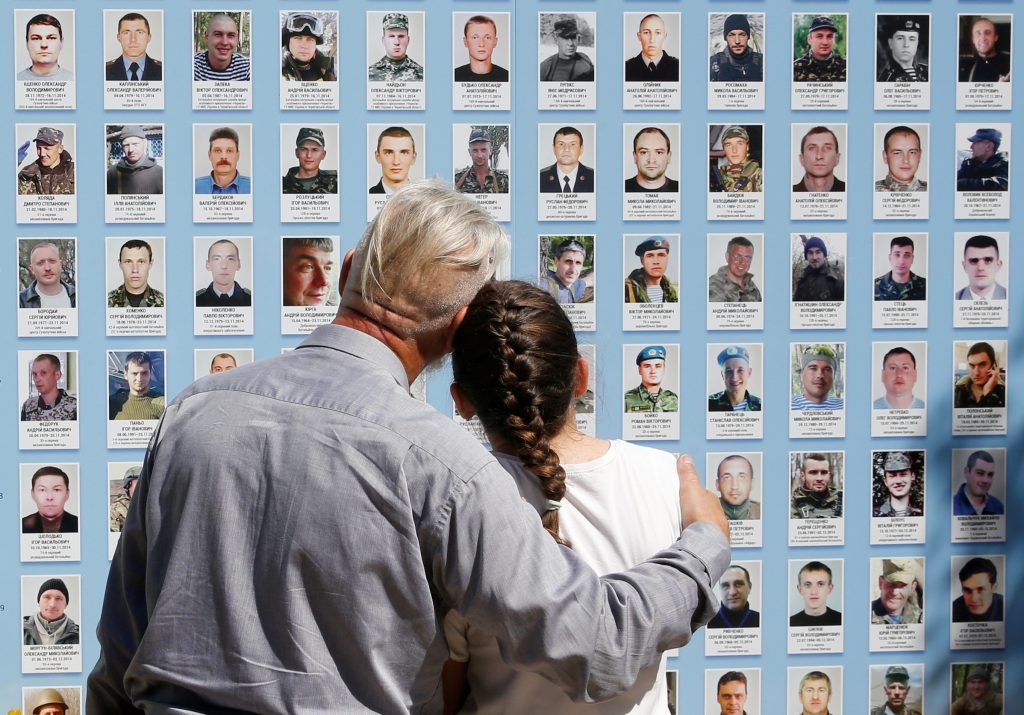 Ever since the start of Russian military aggression against Ukraine more than seven years ago, the democratic world has consistently voiced its solidarity with Ukraine. The most recent example of this backing came following US President Joe Biden’s June 16 summit with Russian counterpart Vladimir Putin, when the American leader reiterated his unwavering support for “the sovereignty and territorial integrity of Ukraine.” However, on the same day, Putin also stated, “If I understood President Biden correctly, he agrees that any settlement in southeastern Ukraine must be based on the Minsk agreements.”

These two positions are irreconcilable. The West cannot speak in defense of the international order while also exerting pressure on the victim to meet the demands of the aggressor via the uncompromising enforcement of terms dictated to Ukraine by Russia in February 2015. If they continue along this path, Western leaders risk losing all credibility and setting an ominous geopolitical precedent that will fuel instability across the globe.

At issue is the entire basis of the international order.

By committing armed aggression against Ukraine, Russia violated the fundamental principles of the UN Charter, which obliges member states to refrain from the threat or use of force against the territorial integrity or political independence of any state. The UN Charter makes absolutely clear that no subsequent arrangements or agreements can override this foundational principle of international law.

This is not merely a matter of differing interpretations of Minsk, but that Minsk by its terms precludes the restoration of Ukrainian sovereignty and territorial integrity. This reality has been acknowledged by no less an authority than Vladislav Surkov, who until 2020 served as a senior Putin advisor with direct responsibility for Russia’s Ukraine policy. Speaking to the Financial Times in June 2021, Surkov described Minsk as an act that “legitimized the first division of Ukraine.”

Ever since 2015, Russia has consistently promoted Minsk as the only legitimate basis for progress towards peace. However, despite Kremlin claims to the contrary, the Minsk arrangements do not constitute a legally binding international agreement governed by international law. They were non-binding from the outset, if only because they were achieved under duress with Ukraine facing the threat of further Russian military force.

Additionally, the terms set out in February 2015 have not been ratified by the respective parliaments in Ukraine and Russia. Neither country has registered the Minsk arrangements with the UN Secretariat. Nor did Minsk gain legitimacy by virtue of the UN Security Council Resolution of 17 March 2015, as Russian officials often argue. The resolution in question merely stated that the UN Security Council “supports” the package of measures to implement Minsk and “calls” on all parties to pursue full implementation. The Resolution should not be seen as a legally binding act legitimizing Minsk, but only as a recommendation to encourage a peaceful settlement.

Subsequent attempts to impose Minsk on Ukraine by other means, particularly when repackaged as the “Steinmeier Formula” or more recently as the Normandy Format’s “Key Clusters,” are likewise devoid of legal weight and can be regarded as political gimmicks that fail to tackle the core legitimacy issues raised by the forced nature of the original “agreements.” There is no escaping the fact that Minsk is a direct result of Russia’s illegal use of force, which is explicitly prohibited by the UN Charter.

By insisting there is no alternative to Minsk, Russia seeks to establish that its own illegitimate acts enjoy priority over the UN Charter and international law. Moscow’s motives in doing so are obvious. It is less clear why so many Western leaders also insist that “there is no alternative to Minsk,” while simultaneously pronouncing not just the existence but the very primacy of that alternative, namely the rules-based international order.

Among other matters, Minsk is silent about Russia’s occupation and annexation of Crimea. It ignores the issue of Russia’s responsibility for the international crime of aggression. Instead of holding the aggressor to account, it seeks to impose limitations on the victim’s sovereignty. Why, then, does the West join Russia in calling on Ukraine to comply with Minsk? This is anything but principled politics, and inevitably brings to mind the 1930s appeasement of Nazi Germany.

It is time for the democratic world to radically rethink its approach to the peace process between Russia and Ukraine. Western pressure should be firmly focused on Russia as the aggressor and not on Ukraine as the victim. The West must find the political will to stand uncompromisingly with the UN Charter and Vienna Convention as the essence of the international order.

At present, talks are taking place in the parallel Minsk and Normandy formats. This approach is both misleading and counterproductive. It enables the Kremlin to use the two separate negotiation platforms to manipulate the international community, and helps Moscow create the false impression that Russia is a mediator rather than a participant in the conflict. In this manner, Russia continues its assault on Ukrainian statehood while also steadily eroding the foundations of international law.

The solution to the deadly diplomatic stalemate of the past six years is not to pressure Ukraine into capitulating. Instead, it is necessary to adopt a new format for the peace process firmly rooted in international law that involves direct bilateral negotiations between Russia and Ukraine with the involvement of legitimate third parties.

International law makes clear that Russia must end acts of military aggression as a first step towards a sustainable peace. The second step should be the return of all prisoners of war. Following this, Russia should then withdraw its military forces, both regular and irregular, from Ukraine. In order to achieve a viable long-term peace, this must also include the withdrawal of Russian forces from Ukraine’s Crimean peninsula.

Given the necessary political will in Moscow, the initial steps outlined above could theoretically be achieved with relative ease. A comprehensive ceasefire could be implemented within a matter of hours, while an exchange of prisoners would potentially need a week or so to coordinate. The withdrawal of Russian troops from eastern Ukraine might require a couple of months to organize.

Unfortunately, there is no indication that Russia has any interest whatsoever in ending its aggression. On the contrary, Kremlin forces continue to inflict casualties in eastern Ukraine, while Moscow’s headline-grabbing military buildup along Ukraine’s borders in spring 2021 helped highlight the continuing threat of a major new Russian escalation.

With ongoing Russian saber-rattling in mind, any revised Western approach to the peace process should look to impose mounting costs on the Kremlin. Since 2014, Russian aggression has served as the basis for a series of international sanctions measures against Moscow. The Kremlin’s refusal to engage in a meaningful peace process and ongoing Russian efforts to force a disastrous settlement on Ukraine should now be reason to strengthen and expand the scope of sanctions. Unless Russia is forced to pay a rising price for its aggressive actions, it will have no real motivation to adopt an alternative course.

Since 2014, Russia’s attack on Ukraine has transformed the geopolitical climate and plunged the entire world into a new Cold War. It is vital for the future of international security that the conflict is resolved in a manner that decisively deters further acts of aggression. If the West continues to join with Russia in pressuring Ukraine into accepting Minsk, we will face an uncertain future where “might is right” and Great Powers routinely ignore international law to impose their will on weaker neighbors.

By appeasing Russia in Ukraine, the democratic world risks turning Minsk into a new Munich. Alternatively, if Western leaders force Russia to respect Ukraine’s sovereignty, they will succeed in defending the rules-based international order that holds the key to further global progress.

Volodymyr Vasylenko is Ambassador Extraordinary and Plenipotentiary of Ukraine. He is a Professor of International Law at the National University-Kyiv Mohyla Academy.