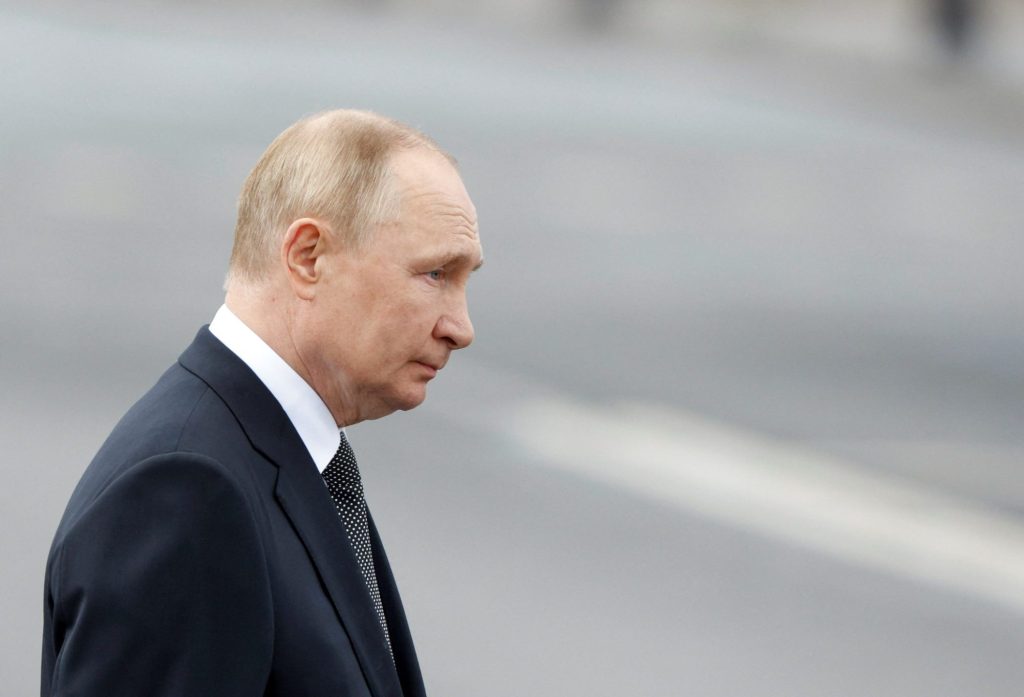 As the Ukrainian army continues to liberate land from Russian occupation, a new narrative is beginning to take hold. It argues that a Ukrainian victory may drive Vladimir Putin from power, and that a post-Putin Russia will be even worse. Projections for this future Russia run from a more Stalinist successor to civil war and the collapse of the Russian Federation itself.

Fears over the consequences of a Russian defeat are fueling support for the idea that we must not humiliate Putin and should instead seek to end the war via a negotiated settlement. There are many adherents to this approach at the highest levels of NATO. Such a settlement would, of course, leave Putin in possession of at least some Ukrainian territory, despite defeats and reverses on the battlefield. Paradoxically, Putin could lose and still win.

In fact, the most dire scenarios for a post-Putin Russia are not the most likely. Should Putin fall, whoever follows him would be forced to consider some hard realities.

A comprehensive defeat in Ukraine would argue strongly against continued revanchism and aggression by any successor, especially when such actions precipitated Putin’s downfall. Meanwhile, economic distress would prevent the rearming of the depleted and demoralized Russian military. With a GDP one-twentieth the size of NATO’s, Russia does not possess the resources to continue endlessly confronting the West.

Reaching out for help from China, Iran, or North Korea is also unlikely to help Putin’s successor. Iran and North Korea are economic lightweights whose defense sectors are a generation or more behind the West.

China has a long and difficult history with Russia in the Far East and, over the long term, is a much greater threat to Russian interests. Siberia is both thinly populated and endowed with enormous energy, timber, and mineral resources. China has long cast a covetous eye toward the region. Beijing is well aware that Moscow’s ability to defend its enormous borders is minimal, and that encouraging Russian dependence on Chinese economic and military assistance will lead to Chinese dominance and control.

For any successor regime, sanctions relief and reestablishing a sound economy based on energy sales and commodities exports will be a top priority, not more war and crisis. Putin’s extraordinary aggression is driving Europe away from Russian energy and toward alternate sources, killing the golden goose that enabled Russia to escape from the economic weakness of the 1990s. Russia’s economic future lies in closer integration with the West and the international community, not deeper isolation. However attractive it may be to autocrats, the North Korean model will not appeal to the Russian people.

Inside Russia’s power vertical, elites will wish to move away from an environment where fear of imprisonment or assassination has become the rule. If Putin is removed from power, self-preservation on the part of Russia’s oligarchs, generals, and senior functionaries will be a primary driver. Few will want to return to an environment of fear and distrust. Any new leadership will be mindful of the reasons behind Putin’s fall and will likely take heed. Just as the Politburo moved to end the terror following Stalin’s death, a return to normalcy and stability will likely be a high priority in a post-Putin environment.

Because there is no obvious mechanism for a peaceful transition of power, there is potential for a power vacuum to develop in the event of Putin’s ouster. Russian leaders will certainly want to avoid state collapse or dismemberment, as happened after the fall of the Soviet Union. This argues for more power-sharing and a more balanced approach to government where ministries, courts, and parliament can check the tendency towards absolutism.

While true Western-style democracy may not emerge in the short term, some liberalization would be likely in a post-Putin Russia. Even following a failed campaign in Ukraine, Russia enjoys numerous real advantages. There are no direct threats to Russian territory or sovereignty, while the country has a powerful nuclear arsenal, a huge land area with vast natural resources, an educated and enterprising population, and a strong and intact culture. Western leaders will be eager to embrace a reformed Russia posing no threat to its neighbors. Sensible Russian leaders will recognize and want to leverage these opportunities.

The emerging generation of Russians will also have a voice in a new Russia. Though effectively controlled and even repressed by Putin, many younger Russians are aware of the outside world, do not support the war in Ukraine, and want a more open and prosperous life. Social media provides a platform to organize and give voice to this generation that the state can only suppress with difficulty.

There is currently a tendency to see Russia and Russians as irredeemable. And there is clearly a strain in Russian history and culture that suggests imperialism and expansionism are embedded in the national DNA. But many states (Japan, Germany, South Korea, Spain, Portugal, and Greece all come to mind) have managed to throw off militarism and autocracy.

We should be careful to guard against the assumption that Putin’s successor will inevitably be worse than Putin himself. That logic drives us into the “don’t humiliate Putin” camp, which is shorthand for “don’t let Ukraine win.” That can’t be good for Ukraine, the West, or the wider world.

Richard D. Hooker Jr. is a nonresident senior fellow with the Atlantic Council. He previously served as Dean of the NATO Defense College and as Special Assistant to the US President and Senior Director for Europe and Russia with the National Security Council.