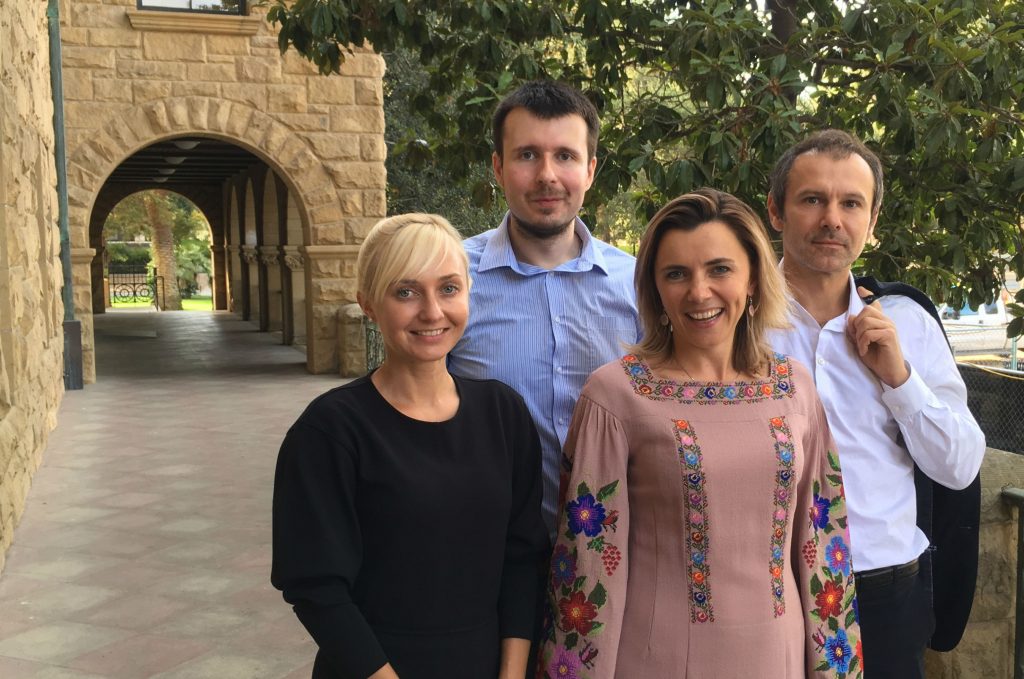 If the Euromaidan was such a transformative event in Ukraine, why do we see the same old faces in high politics, I was recently asked.

As one of the world’s most impatient people, I found myself saying have more patience and feeling like a total hypocrite. Many of my columns have urged Ukraine to move harder and faster on reform. And it should. Even still, there are plenty of principled, young and not-so-young people, in the pipeline. They serve in city councils, in the parliament, in bureaucracies, and run many of Ukraine’s civil society organizations.

They do not have the name recognition that Yulia Tymoshenko does, although slowly but surely they are gaining experience and greater political maturity. Eventually, they will assume greater positions of power.

One program designed to develop new leaders is Stanford University’s Ukrainian Emerging Leaders Program. Now in its second year, the program selects three promising leaders from Ukraine and gives them a chance to spend ten months in spectacular Palo Alto, California, and take classes at the university. Housed at the Center for Democracy, Development, and the Rule of Law and overseen by Professor Francis Fukuyama, a formidable public intellectual and a caring professor, the program has become incredibly competitive. This year, 668 people applied for just three slots.

Its 2018-2019 class includes a top anticorruption activist, a brilliant policy entrepreneur who aims to change the educational system in Ukraine altogether, and the country’s former trade minister. They are Oleksandra Ustinova with the Anticorruption Action Center, Ivan Prymachenko of Prometheus, and Nataliya Mykolska, formerly with the Ministry of Economic Development and Trade of Ukraine.

Last week at Stanford, the three fellows were formally welcomed into the Stanford community with a public event moderated by CDDRL Director and Professor Michael McFaul on October 2. About 120 people, mainly from the Ukrainian diaspora in the San Francisco Bay area, attended the event.

For Americans, the program is probably best understood as an independent study with coursework. Each fellow selects courses and a project to work on while they’re on campus. Stanford’s enviable location gives the fellows a chance to easily meet with the tech sector in Silicon Valley, something 28-year-old Prymachenko is keen to do.

While Ukraine can boast of deep engineer and science talent, the education system itself is weak. Prymachenko intends to change that and hopes to have a comprehensive plan designed to reform Ukraine’s education system, top to bottom, by the end of his year at Stanford.

Even before the Euromaidan, Prymachenko was inspired by Stanford’s massive online open course system to create something similar in Ukraine. He and his team have set up an impressive online education system called Prometheus, and it’s free. It offers 100 courses with 700,000 users.

“I really want to…help millions of Ukrainians get the best education possible,” he told me over tea as undergraduates raced by on their bicycles.

Education was transformative for Prymachenko, who grew up in Donetsk. He managed to earn a spot in the coveted history department at Taras Shevchenko University in Kyiv because he was able to study with the best history professor in the Donbas region.

“High-quality education is the foundation for state-building,” he said.

When asked why he’s not moving abroad, like many other talented young people, he was adamant that the opportunities are in Ukraine, not Western Europe or even America.

“I believe Ukraine is one of the best countries in the world right now. Brilliant people already made history” in other places. He considers himself fortunate to be able to make history, to remake institutions in Ukraine now.

The energetic 38-year-old former trade representative Mykolska wants to use her time at Stanford to establish better links with Silicon Valley and also to do some deeper thinking after more than three years of government service.

“There is tremendous opportunity to build bridges in Silicon Valley. There is a huge gap between what California business knows about Ukraine,” she said.

The petite anticorruption fighter Oleksandra Ustinova plans to spend her year at Stanford trying to figure out how to convince Ukrainians not to vote for corrupt politicians, and the topic couldn’t be more relevant as the country approaches presidential and parliamentary elections next year.

Ustinova struck an optimistic note, saying that she hopes that there will be a window for more reform after the 2019 elections, and if there is, she wants civil society and Ukraine’s reformers to work twice as hard as they have since the Euromaidan.

The program was established in 2016 and its donors include the Astem Foundation, Tomas Fiala, Victor and Iryna Ivanchyk, MacPaw, Omidyar Network, Slava Vakarchuk, and the Western NIS Enterprise Fund.

What is Ukraine? We finally have an answer

Nine names to watch in Ukraine’s next parliament

Five political parties will enter the next parliament, and four of the five support a Western path for Ukraine. But will the new parliament be more or less reform minded than the previous one?