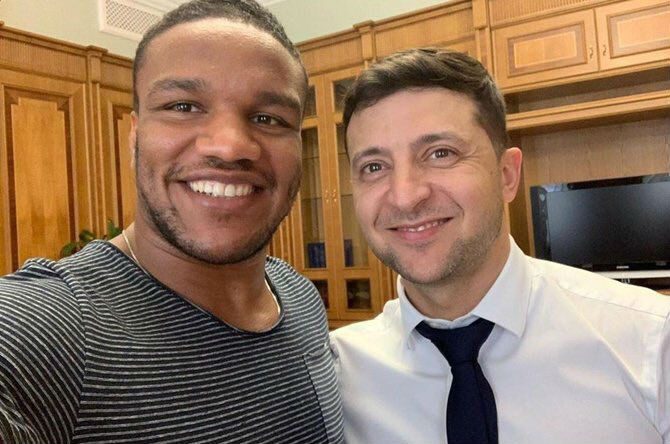 The election of Volodymyr Zelenskyy as president sets the stage to finally define the national idea of Ukraine. Since independence, it has not been clear to the world—or Ukrainians—what exactly Ukraine is and what defines Ukrainians. To say, “We are not Russian” was not incorrect but rather too vague; it confused outsiders since a fifth of Ukraine’s citizens consider themselves ethnic Russians, and an even greater number frequently speak Russian alongside Ukrainian. Three aspects of the 2019 election point to the emergence of democratic multiculturalism, a society which respects and accepts diversity, as a national idea.

First, Ukraine elected a president from its tiny Jewish minority (somewhere between 360,000 and 400,000 in a population over 40 million), and did so by a huge margin. Zelenskyy’s Jewish identity wasn’t a big deal during the campaign. The victory of a Jewish president stands out as an important historical moment given the conflictual history between ethnic Ukrainians and the Jewish population in the past. Zelenskyy’s landslide victory invalidates the Kremlin’s propaganda efforts to portray Ukrainians as neo-Nazis and anti-Semites—an accusation countered earlier by Jewish community leaders in a May 2014 open letter to Putin: “It seems you have confused Ukraine with Russia where Jewish organisations have noticed growth in anti-Semitic tendencies.”  Chief Rabbi of Ukraine Yaakov Dov Bleich re-emphasised this in September 2016. “Ukraine has become finally Ukraine. Ukrainians as a nation have become proud that they live here, and of course, Jews are also proud” because “thanks to Putin, they are now Ukrainian Jews,” he said. More evidence of a multi-ethnic society is found among Crimean Tatars who fled Russian repression and established the Crimean Majlis (a parliament) in exile in Kyiv. In the July parliamentary elections, the first African-Ukrainian MP, Zhan Beleniuk, was elected. Beleniuk represented Ukraine at the Rio Olympics and took a silver medal in Greco-Roman wrestling. He is the son of a Ukrainian mother and a Rwandan father.

Second, the strength of Zelenskyy’s victory spanned Ukraine from east to west, and the new president won a majority in 26 of 27 oblasts; even in the districts of Lviv oblast where Poroshenko had the majority, Zelenskyy received respectable percentages of 25-45, with 37 percent overall in the oblast. Thus, his victory was solid not only in the east where relatively more ethnic Russians live, Russian is more commonly spoken, and the historical orientation is more toward Russia but also in the West where more ethnic Ukrainians and Ukrainian speakers live, and historical connections are oriented toward Europe. The breadth and depth of Zelensky’s victory calls into question the oft-noted east-west divide.

The third revealing aspect is the relative cleanliness of the elections. Foreign observer missions confirmed that the dirty tricks common in the post-Soviet space were largely absent, incumbents or well-heeled opponents’ efforts to tilt media coverage or influence voting and counting procedures minimal. (The one giant exception would be 1+1’s favorable coverage of Zelenskyy before and during the campaign.) Furthermore, this was the third round of reasonably clean elections since the fraud of 2004 which sparked the Orange Revolution. If this string of good elections and the evidence of two popular revolutions is not enough for Freedom House to raise Ukraine’s scores and put it in the free category, serious analysts should be asking for good explanations.

In sum, the elections results suggest that Ukraine has a strongly democratic society and government espousing diversity in ethnic, linguistic, cultural, and regional dimensions. If this is not a multicultural democracy, what is? Such a development is particularly meaningful given the decline of democracy in parts of Europe and electoral dictatorships to the east. Ukraine may count among the small handful of countries which have largely avoided such non-democratic trends, arguably along with Canada, New Zealand, and Australia. Indeed, there is a sweet irony in the comparison with Canada, which might provide an example for enshrining multiculturalism as a formal policy. In 1964, Senator Paul Yuzyk, the son of Ukrainian immigrants, delivered his maiden speech to the Senate entitled, “Canada a Multicultural Nation,” which began a process that culminated in Canada enshrining multiculturalism as its national idea. Perhaps for the 28th anniversary of Ukraine’s independence on August 24, Zelenskyy could make a similar announcement about a multicultural Ukraine, with a reference to the Ukrainian origins of the concept in Canada, to add color and energy to the idea.