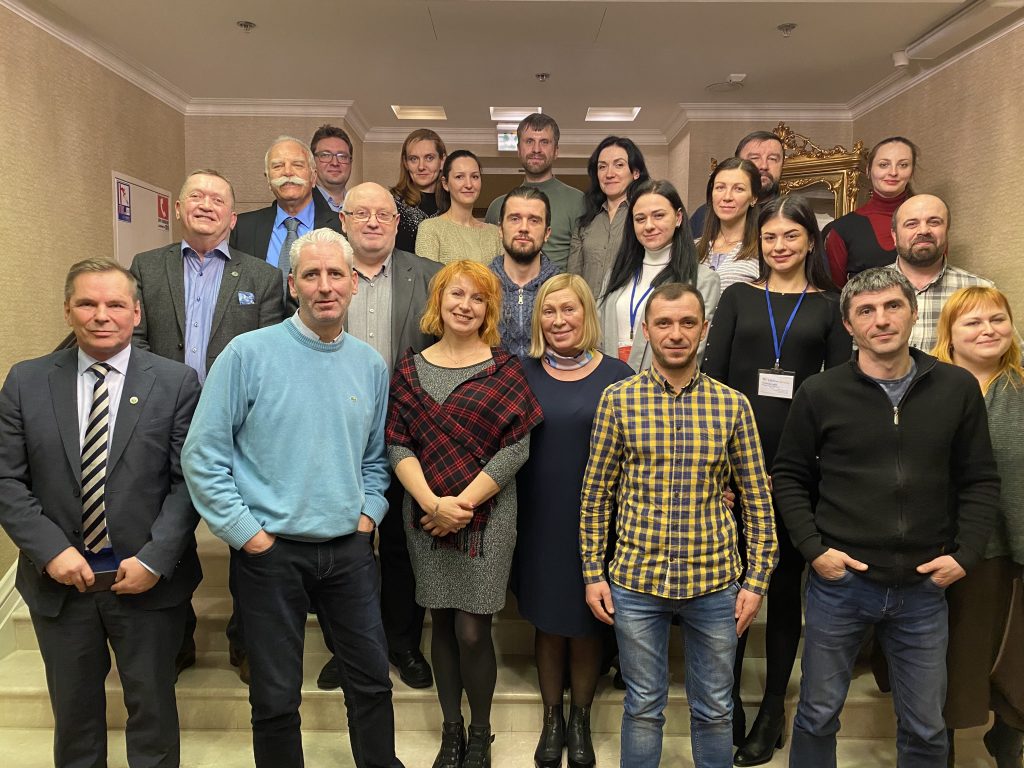 Lifeline Ukraine recently marked its second anniversary. At 18:00 on 14 October 2019, the telephone number 7333 went live. Since then, Ukraine’s national suicide prevention hotline has been working around the clock, every day, without pause. People have turned to Lifeline Ukraine more than 16,000 times for support since it began operations.

The fact that Ukraine did not have such a service until two years ago is one of the reasons why, at that time, the country ranked eighth globally in terms of the number of deaths by suicide. I’m proud to say that Ukraine is no longer in the top ten. My aim is that by our third anniversary, Ukraine will no longer even feature in the top twenty.

Since it was launched, Lifeline Ukraine has sought to help Ukrainians overcome the trauma resulting from ongoing Russian aggression against the country. Indeed, when I was first asked to take on responsibility for building Lifeline Ukraine, my primary motivating factor was a desire to support Ukraine’s war veterans. This remains Lifeline Ukraine’s key audience. But the reality of our work today is that we have evolved into a more traditional national suicide prevention hotline. Clearly, this service is needed.

Nowadays, we are contacted by people from all walks of life. A young person who sees our awareness campaign on Instagram might not necessarily read all the way down to the part stating “for veterans and members of their families.” They see “suicide prevention” and “24/7” and they call.

Because our primary mission was originally to be here for people who had served in the Ukrainian armed forces, many of the consultants at Lifeline Ukraine are veterans of the country’s seven-year war with Russia. Our support method is peer-to-peer. But our service is available to every Ukrainian.

Recently, my colleague Volodya, a gruff and burly veteran, was sitting and chatting with a young man who was lamenting the loss of his first real love. “If she’s not with you any more, she’s just not the one,” was Volodya’s kind counsel. This little interaction was an example of how Lifeline Ukraine has evolved into something really quite special. Here are veterans, who have been to war to defend their country, now serving their country in a different way, saving lives day after day.

The team, who often race between themselves to be the person who answers the next call, is not exclusively made up of veterans. A good number of consultants, and all of Lifeline Ukraine’s shift managers, are psychologists. Most of the team occupy two chairs at the same time. They are veterans who have qualifications in psychology, or they are psychologists who have a particular interest in veteran affairs. Whoever seeks their support gets it.

Over the last two years, the Lifeline Ukraine team has amassed a huge wealth of experience in preventing suicide. We propose to share that knowledge with any company or organization in the country.

Suicide is one of the most preventable causes of death in the world. We can show how you can recognize warning signs, how to intervene, and how to help that person find resources of support. We are ready to offer training in suicide prevention techniques to any Ukrainians who feel they could benefit. We provide this service free of charge while welcoming donations to support our work.

Maybe your company or your family has been affected by suicide. Maybe someone had noticed that the person who went on to take their own life had not been themselves, but did not know how to start a conversation about it. We can help you, and help make the country healthier at the same time.

We can deliver our training courses remotely, over a 90-minute period, and talk to groups of up to 15 people at a time. In fact, we have already begun developing this project and the feedback from all participants has been phenomenal.

In the future, we also plan to have training materials available online for anyone to access and learn from at any time. As an organization, we have long-term strategic plans to help those who find themselves facing times of emotional crisis.

As Lifeline Ukraine enters its third year, we remain committed to one of our foundational principles, the rule of one. This means that the most important thing to us at any given moment is the one person on the other end of the phone, the one call. The next call could be someone you know, a work colleague or a family member. If you think someone is having a tough time coping with their current circumstances, just ask them to call 7333. We are ready to help.

Paul Niland is the Founder of Lifeline Ukraine.

Image: Since it was launched in October 2019, Lifeline Ukraine has evolved from its original focus on support for Ukrainian combat veterans into a fully-fledged national suicide prevention hotline.