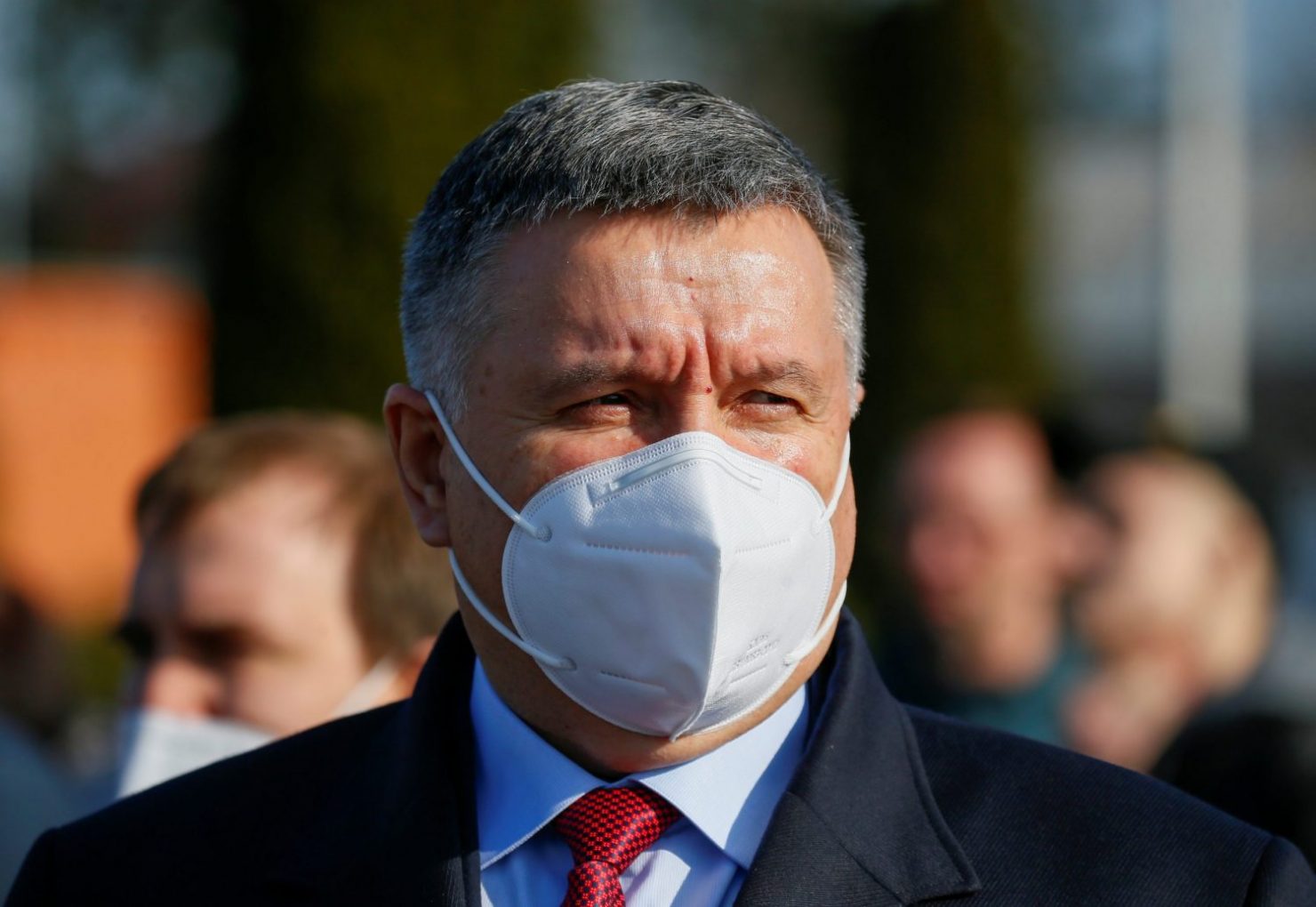 The Ukrainian political scene has been particularly volatile over the last month. With the population increasingly under lockdown in response to the coronavirus crisis, March 2020 saw a series of cabinet shakeups and new ministerial appointments. This took place against the backdrop of a looming economic recession fueled by the escalating impact of the global pandemic.

The events of the past month have led to significant changes in the Ukrainian political landscape, including dramatic swings in parliamentary support for President Zelenskyy and the effective collapse of his one-party majority. Nevertheless, he was able to secure two crucial votes in parliament that paved the way for a possible new agreement with the IMF. Here is a look at who is currently on the up in Ukrainian politics and who is facing the prospect of declining fortunes.

Interior Minister Arsen Avakov: Avakov was one of a handful of ministers to survive the March 4 sacking of the government. Given the unimpressive credentials of the new cabinet members, he was already expected to play an even more influential role in the new government. With the onset of the coronavirus crisis, Avakov has risen to the occasion once again as the only government minister who seems to have a plan for what to do. Critics of Avakov remain abundant, but it is situations like this epidemic, combined with Avakov’s political acumen, that explain why he is the country’s longest-serving Interior Minister.

Former Health Minister Ulana Suprun: Speaking of longest-serving ministers, in particular Ukraine’s longest-serving health minister, a petition was registered on the presidential website recently calling for the reinstatement of Ulana Suprun as the country’s Minister of Health to combat the coronavirus crisis. The petition gathered the necessary 25,000 signatures within just 4 days. Since Suprun’s departure in late August 2019, the Health Ministry has seemed adrift and rudderless, jeopardizing the healthcare reforms undertaken since 2017 and implementation of the second phase of the transformation beginning April 2020. The relative lack of testing for coronavirus is evidence of the disorganization at the ministry post-Suprun. However, this week parliament disregarded the petition and voted to appoint a political unknown (Maksym Stepanov, the former Odesa governor) as the country’s new Health Minister. While the country prays that Stepanov can manage the colossal challenge of controlling coronavirus, Suprun’s leadership and efforts as Minister of Health have been vindicated.

MP Oleksiy Goncharenko: The two-term Odesa MP is a rising star in Ukrainian politics whose vocal and yet persuasive criticisms of the current government have won over skeptics in recent months. Goncharenko has undergone a political transformation since 2014, when he was a member of the Party of Regions on the Odesa Oblast Council. During the Euromaidan protests, Goncharenko was one of the first to leave the party and side with the protesters. In 2014, he became indispensable to the Poroshenko team in Odesa and was elected to parliament. Despite the albatross of Poroshenko’s poor rating in Odesa in 2019, Goncharenko managed to defeat both a longtime incumbent MP and a Servant of the People challenger in a single mandate district, winning re-election to parliament. With the Ukrainian public looking for new national leaders, Goncharenko’s charisma and cleverness make him a good bet for higher office.

President Volodymyr Zelenskyy: The good news is that President Zelenskyy helped persuade parliament to approve two key laws required by the International Monetary Fund (IMF) that should unlock almost USD 10 billion in assistance for Ukraine in the coming weeks. The bad news is that even before the economic recession and virus epidemic, the public had already decided that the country was on the wrong track. The impromptu March 4 cabinet shakeup was questionable at the time, as it failed to bring Ukraine’s best and brightest into government. Now, however, the shakeup looks shortsighted and half-baked. As Zelenskyy enters his second year as president, he is learning what every president before him learned: that governing Ukraine is an extremely difficult task. The 2008 financial crisis eliminated any chance of President Viktor Yushchenko being re-elected, and the 2020 economic crisis may yet do the same for Zelenskyy, if he does not quickly learn how to deliver results for ordinary Ukrainians.

Kyiv Mayor Vitaliy Klitschko: The Ukrainian capital’s mayor was quick to announce quarantine restrictions on March 12, shutting museums, cinemas and shopping malls, followed by restaurants and cafes days later. Klitschko was decisive in trying to prevent the spread of coronavirus, and was even ahead of the national government in some instances. However, the mayor threw away the political benefit of those early moves when a Kyiv City Health Department decree became public on March 26. This 18-page decree appeared to order the creation of VIP wards for “special patients” who contract coronavirus. These VIP wards for top-ranking officials included tinted windows, special rooms for their security guards, 24-hour assigned nurses and doctors, all vital equipment, and a requirement that medical personnel have a minimum of five years of emergency room experience. That is all wonderful, of course, but why should government elites get VIP treatment and ordinary Kyiv residents get less? Anger over this system of preferential treatment for elites led to President Zelenskyy promising to revoke the decree the same day. Meanwhile, Kyiv City officials tried to spin the decree publicly by claiming that the deluxe hospital rooms were actually for prisoners instead of government VIPs. Suffice to say, this unconvincing explanation only added insult to injury. Klitschko’s efforts may yet contain coronavirus in Kyiv and he maintains a decent chance of securing re-election in October 2020. However, another debacle on this scale could result in a political knockout for the former world heavyweight boxing champion.

Prime Minister Denys Shmyhal: Prior to his appointment as Ukraine’s new prime minister in early March, Shmyhal had already held around two dozen jobs in his 26-year professional career. Given the current political situation, his stay as Ukrainian PM is likely to be similarly short-term. Shmyhal became premier because the Zelenskyy government has been quick to change ministers, governors, and other officials. Indeed, two of the most high-profile ministers appointed in the March 4 reshuffle were subsequently removed on March 30. As the current Ukrainian prime minister, the underwhelming Shmyhal can expect a similar fate. Artist Andy Warhol is credited with saying, “in the future, everyone will be famous for 15 minutes.” It appears that in Zelenskyy’s Ukraine, everyone may yet serve as a government minister, albeit for 15 minutes.

The Ukrainian People: The Ukrainian people are among the world’s most resilient, and this is certainly not the first time they have faced multiple converging crises. Nevertheless, the coming economic recession, unemployment, and lack of opportunities, not to mention the virus epidemic, could not have come at a worse time. Just as things appeared to be looking better for Ukraine after years of hybrid war with Russia and a plummeting economy, yet another period of crisis has appeared on the horizon. Ukraine will come through this storm just as it has weathered previous crises, but months like the past one will inevitably hurt Ukrainian quality of life for years to come.

Brian Mefford is the Director of Wooden Horse Strategies, LLC, a governmental-relations and strategic communications firm based in Kyiv, Ukraine. He is a senior nonresident Fellow at the Atlantic Council.