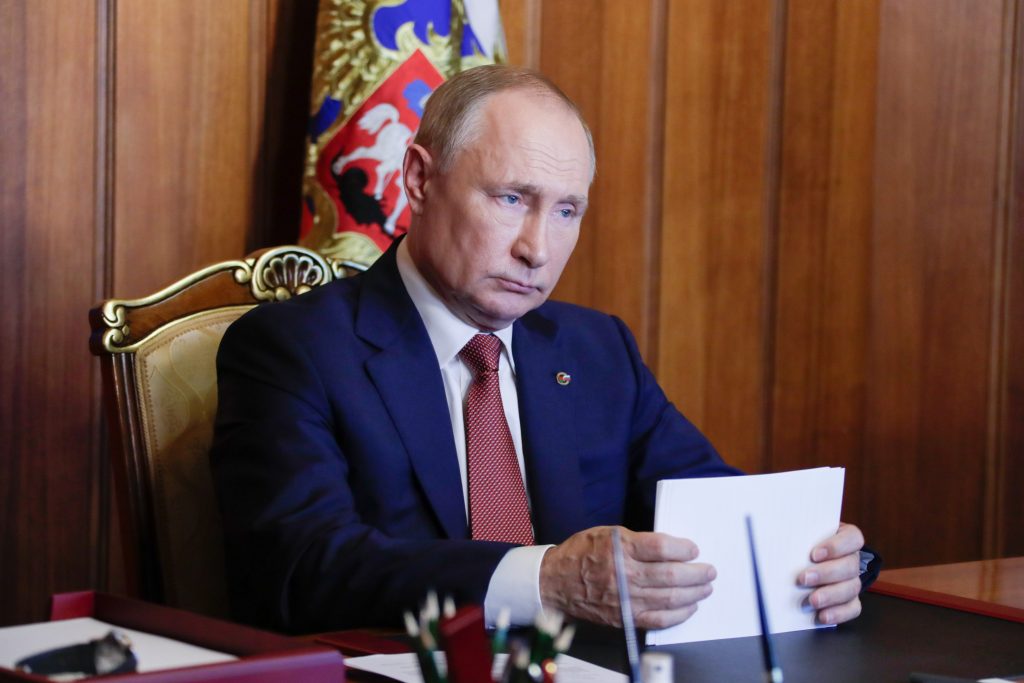 As the winter season draws closer, Ukraine faces an energy crisis on multiple fronts which could lead to political instability and deepen the country’s dependence on Russia.

On 1 November, Ukrainian officials announced that Russia had stopped thermal coal exports just as stocks were five times lower than the government’s expected volumes at this time of year. The news was overshadowed by reports from Ukraine’s national gas grid operator, GTSOU, that Gazprom had decreased the transit of natural gas to just over half of the contracted capacity for 2021.

These separate energy sector news items are essentially two sides of the same coin in a high-stakes game with murky ramifications which Russia pursues as part of the Kremlin’s efforts to claw Ukraine back into its sphere of influence.

Gazprom’s decrease in gas transit deliveries via Ukraine since the start of the year has been widely reported. Many analysts are persuaded that Russia’s intention is to stop deliveries via Ukraine much earlier than the expiry of the current transit contract in 2024, and to redirect gas to Nord Stream 2 as soon as the new pipeline becomes commercially operational.

Much less is known about Russia’s use of coal exports and electricity interconnections to weaken Ukraine economically and cut it adrift from European markets. Despite a rapid increase in renewable plants in recent years, Ukraine remains significantly reliant on coal for electricity generation. Its coal-fired capacity amounts to 22GW, or nearly 40% of the total installed capacity, but not all of it is used. Even so, thermal generation is of critical importance because it guarantees immediate accessibility and flexibility at a comparatively cheaper cost.

Politically, however, coal has been a sensitive issue on several accounts. Ukraine’s high reliance on thermal generation means it also requires imports in addition to local production. In 2018, for example, these imports amounted to 21 million tonnes, 70% of which were sourced in Russia.

On the other hand, until a few years ago, almost half of Ukraine’s coal-fired capacity had been running on anthracite. However, these reserves are found in the now Russian-occupied territories of Donetsk and Luhansk in eastern Ukraine, or in Russia itself.

In recent years, coal imports into Ukraine were associated with allegations of corrupt practices including smuggling from Russian-occupied eastern Ukraine via Belarus, or pointed to the involvement of Ukrainian entities and officials including politician Viktor Medvedchuk, who is currently sanctioned and facing criminal charges for financing Russian-led forces in eastern Ukraine through energy deals brokered with the occupied territories.

Sensing the risk associated with dependence on coal imports, the Ukrainian government introduced a hefty duty on Russian imports of G-grade thermal coal last year which effectively stopped the imports.

Many power plants which had been running on anthracite have been retrofitted to operate on G-grade thermal coal which could also be mined in Ukraine. However, there are still a few unmodified plants left, which amount to an estimated 10% of the total installed capacity.

Under average demand conditions, Ukraine may not have a problem meeting consumption from other thermal plants or nuclear generation. However, this winter may prove a real test for the government and for the Ukrainian economy.

G-grade stocks have been heavily depleted after coal was used to generate electricity for onward sales to premium European markets throughout the summer, or because plants had to compensate for nuclear units which repeatedly broke down, being very old.

In case of rising winter demand, Ukraine may require more supplies, including of anthracite, which Russia stopped selling as of 1 November, claiming high internal demand. This would put the government in the difficult position of having to negotiate directly with the Kremlin-appointed administration in Russian-occupied eastern Ukraine, thus caving in to a key Russian demand that Ukraine has been resisting since 2014.

Russia’s stakes may be even higher than just forcing the Ukrainian government to enter into formal discussions with the so-called separatists. Any potential electricity supply deficit caused by depleted coal stocks and malfunctioning generators could cause blackouts at a time when there is also a significant risk that Ukraine may be deprived of access to natural gas, mostly used for heating.

Such a risk would most likely arise in case of a cold snap, possibly towards the end of winter when gas reserves held in storage are typically used up. This could leave the population without heating and electricity, potentially causing political unrest

This scenario could also coincide with a geopolitically sensitive energy infrastructure test scheduled to take place towards the end of winter, when the Ukrainian electricity transmission system operator Ukrenergo is expected to uncouple from other grids to which it is linked and operate in complete isolation.

The planned test is part of preparations carried out by Ukraine and neighboring Moldova to uncouple from the Russian and Belarusian grids and jointly synchronize with European infrastructure in 2023. Synchronization would allow both markets to import or export electricity to and from European countries and, in Moldova’s case, to reduce its overwhelming dependence on electricity generated in Transnistria, an unrecognised breakaway state within Moldova’s internationally recognized borders that has been controlled by Russia since the early 1990s.

If Ukraine faces supply shortfalls, it may have to turn to neighboring Russia or Belarus for electricity imports, which means it may fail the isolation test. This is not an unlikely scenario, considering that on November 2, Ukrenergo was forced to turn to Belarus for emergency assistance following an increased “accident rate” at thermal power plants.

Raising the importance of coal supplies to Ukraine while world leaders are hatching grand plans to phase out the fuel and build green economies may sound perverse. However, Ukraine’s coal dependence, just like its political vulnerability to Russian aggression, remains a legacy of the Soviet era that the country cannot realistically overcome alone.

Supporting Ukraine and neighboring Moldova to integrate with European energy markets would mean not only helping them to distance themselves from Russian geopolitical pressure, but also aiding their diversification away from coal and transition to greener economies.

Dr. Aura Sabadus is a senior energy journalist who writes about Eastern Europe, Turkey, and Ukraine for Independent Commodity Intelligence Services (ICIS), a London-based global energy and petrochemicals news and market data provider. Views are her own. You can follow her on Twitter @ASabadus.

Image: Russian President Vladimir Putin attends a meeting of the Supreme State Council of the Union State of Russia and Belarus via video link on 4 November 2021. (Mikhail Metzel/TASS via REUTERS)