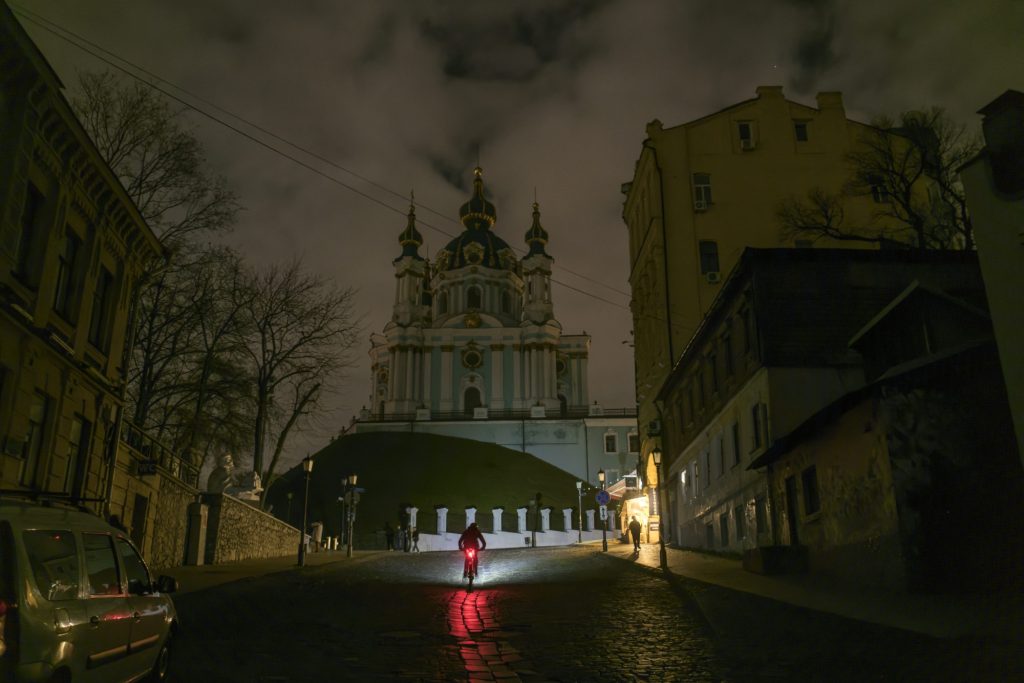 Russia launched its largest bombardment yet of Ukrainian civilian infrastructure on November 15. The wave of attacks on targets across the country was part of Moscow’s efforts to deprive the Ukrainian civilian population of heating, water, and electricity ahead of the winter season. Russia’s airstrike campaign to methodically destroy Ukraine’s civilian infrastructure is raising fears of a humanitarian disaster with tens of millions potentially at risk.

Since early October, Russia has launched hundreds of missiles and kamikaze drones at key infrastructure targets including Ukrainian power plants, large substations which facilitate the flow of electricity to consumers, high-voltage transmission lines, and distribution lines across the country. This bombing campaign is systematic in nature and appears to have been planned with the help of Russian technical experts who have a good understanding of Ukraine’s electricity infrastructure and weaknesses.

The clear goal of the attacks is to prevent generators from delivering electricity to the power system and, in particular, to damage and destroy high voltage networks. If successful, this will prevent Ukraine from providing heating and electricity to millions of consumers. As a result of the damage caused by Russian airstrikes, Ukrainian transmission system operator Ukrenergo is already having difficulty balancing the power system and continuously delivering electricity.

By early November, up to 40% of Ukraine’s electricity infrastructure had been damaged or destroyed by Russian airstrikes. This lost generation capacity is in addition to the six gigawatt (GW) Zaporizhia Nuclear Power Plant, which is now in Russian hands, and approximately 5GW of thermal, wind, and solar capacity which has been destroyed or fallen under Russian control.

Russia’s infrastructure bombing campaign has been so severe that in one single attack no less than eight missiles were fired at a thermal power plant in eastern Ukraine to ensure its destruction. Despite the severity of the bombing, Ukrainian technicians and engineers have been rushing to repair the damaged infrastructure, often risking their lives amid the threat of further airstrikes. Nevertheless, the situation is fast becoming critical.

Ukraine’s generation capacity is not the main issue. Bottlenecks are primarily being caused by damaged overhead high-voltage lines and transformers which carry electricity from one circuit to another. To deal with the shortfall, Ukrenergo has been carrying out rolling blackouts, with urban areas experiencing regular scheduled cut-offs as the country seeks to save electricity. This is a viable short-term solution, but there will soon be a growing need to keep the lights and heating on as temperatures begin to plummet with the arrival of winter.

Ukraine has a number of options as the country looks to address Russia’s infrastructure bombing campaign. These include saving electricity in large quantities, ramping up the work of thermal plants, importing electricity, and speeding up repair works. Right now, Ukraine has over 14 billion cubic meters of gas in storage, which would normally be enough to support gas-fired electricity and heating generation this winter. However, with a general gas supply crunch in Europe following widespread Russian curtailments, fuel would need to be saved to ensure Ukraine has sufficient volumes next year.

If Russia does not destroy municipal heating plants in major Ukrainian cities such as Lviv, Kyiv, and Kharkiv, residents in these areas will likely continue to have access to gas-fired heating this winter. At the same time, most of Ukraine’s thermal power plants run on coal and there is a looming risk of a deficit. Ukraine could theoretically buy coal abroad, but imports would be commercially unattractive because the price of coal is around three times higher than in Ukraine, where prices have been subsidized since 2019.

The same would apply to electricity imports. Ukraine is currently synchronized with the European grid and could use up to 0.4 GW of interconnection capacity to import electricity from Romania, Slovakia, and Hungary together with Moldova. However, electricity prices in Europe are at least two times higher than in Ukraine, making it commercially difficult for domestic importers to secure volumes from abroad.

With winter fast approaching, Ukraine must urgently fix the country’s damaged energy infrastructure. The success of these repair efforts will depend heavily on extensive donations of equipment. Since the start of the war, the Energy Community Secretariat, an international institution which has been helping Ukraine to reform its energy sector, has been working actively to attract and coordinate targeted donations.

The institution set up the Ukraine Support Task Force (USTF) as a one-stop shop, working together with the European Commission’s Emergency Response Coordination Centre (ERCC) and Ukraine’s Energy Ministry to receive requests for donations from companies in need while also securing equipment, tools, generators, and fuel from international partners and coordinating shipments to Ukraine.

So far, 33 shipments with a total weight of 550 metric tons have already been delivered via USTF coordination. Donations have come from Denmark, Estonia, Finland, France, Germany, Hungary, Ireland, Italy, Latvia, North Macedonia, Norway, Poland, Spain, Sweden, Switzerland, and the UK. These donations are collected at set locations in Romania, Slovakia, and Poland before being sent to Ukraine.

With Russia now openly attempting to bomb Ukraine into submission, there is an urgent need for far more support. The highest priorities are transformers, mobile generators, and heaters. There is also an urgent need for current and voltage transformers, circuit breakers, disconnectors, protection systems, and surge arresters. Even if the equipment specifications do not fit perfectly, Ukrainian engineers are usually still able to find ways to adapt the equipment and use it. Any new, used, or slightly out of order equipment that international companies may still have in stock would be gratefully received.

The importance of equipment, generators, and fuel donations has already been highlighted by G7 countries. There is now a pressing need for concrete action in support of these statements. Vladimir Putin is attempting to engineer an unprecedented humanitarian crisis in order to rescue his failing invasion. He must not be allowed to succeed.