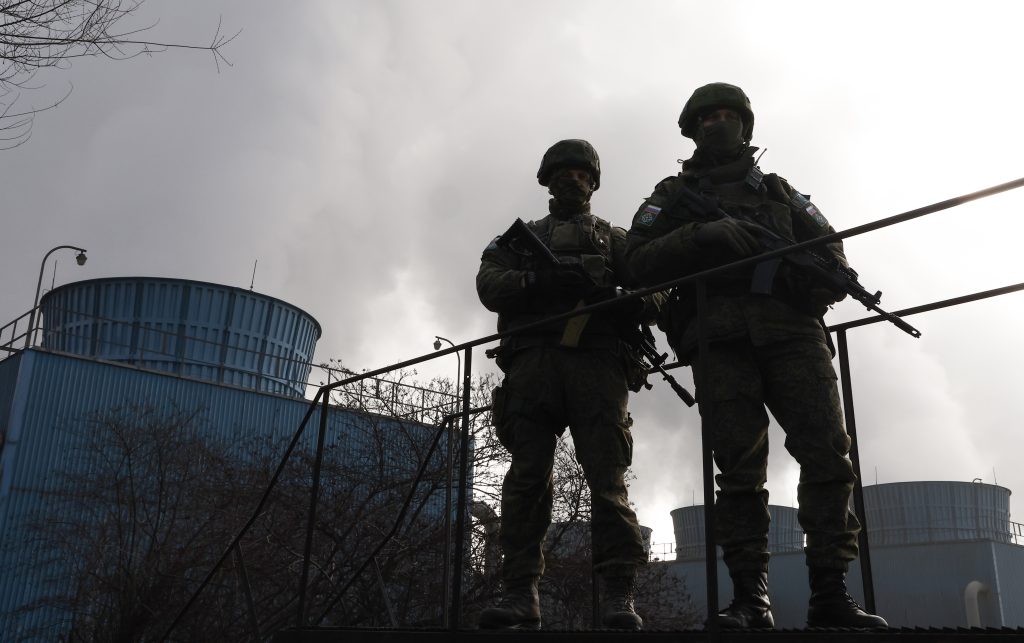 As Russia continues massing troops close to the Ukrainian border, fears are rising over a possible dramatic escalation in Vladimir Putin’s eight-year undeclared war against Ukraine.

Amid this growing geopolitical tension, one potentially critical period to watch will be 24-26 February. This is the window when the Ukrainian electricity transmission system is scheduled to disconnect completely from those of neighboring countries including Russia in order to operate in isolation mode as part of compulsory tests ahead of its full synchronization with the European system in 2023.

Concerns have been raised about the Ukrainian transmission system’s vulnerability to possible cyber attacks or, indeed, Russia’s willingness to allow it to reconnect once the test is complete.

Such events could create difficulties for Ukraine at a time of peak winter demand. These concerns have been greatly heightened by alarm over a possible full-scale Russian military invasion. There have even been suggestions that Ukraine should delay the test to a more propitious moment when tensions abate.

Despite questions over the timing of the disconnect, Ukrenergo, the company operating the transmission lines, insists the system is fully prepared and the operator remains keen to carry out the test on the set date.

In a recent interview with this author, Ukrenergo CEO Volodymyr Kudrytskyi said Ukraine has already accumulated more than 700,000 tons of coal and is expecting to increase this volume to as much as 1.2 million tons by the end of February or early March.

According to Kudrytskyi, this quantity is more than sufficient to allow thermal power plants to operate at full throttle throughout the period of isolation when no imports are allowed, and even in case Russia denies the recoupling of the Ukrainian system to its grid.

Kudrytskyi rejected claims of the system’s vulnerability to cyber-attacks, noting that Ukrenergo had invested USD 11 million to bolster its cyber defenses, working closely with US experts to limit any risks. He also pointed out that Ukrenergo was unaffected by a recent cyber-attack against Ukrainian government websites and is now preparing to lead a cyber security center for the industry.

The synchronization of the Ukrainian power system with those of Europe under the umbrella of the European Network of Transmission System Operators for Electricity (ENTSO-E) is one of the key pillars of Ukraine’s wider integration with EU markets.

It will allow Ukraine and its European neighbors to take advantage of import and export capacity of 2 GW, or close to 10% of Ukraine’s peak demand. It is also essential to Ukraine and Europe’s efforts to abandon polluting coal-fired generation and move towards cleaner forms of generation, as mandated by the EU.

Most importantly for Ukraine, European energy sector integration is a step away from the risks linked to Russian aggression.

This is the reason Ukraine has invested no less than USD 714 million in upgrading its power system in recent years. The Ukrainian authorities have also committed to spending a further USD 20-25 million in order to make sure full synchronization with ENTSO-E goes ahead in 2023 as planned.

However, Ukraine also needs the unwavering support of ENTSO-E and the European Union to ensure that this month’s planned winter test is carried out by the set date and that another trial can be conducted in summer 2022, as required by ENTSO-E.

Technical studies published by ENTSO-E show that Ukraine and neighboring Moldova, both of which had been linked to the Russian and Belarusian systems since Soviet times, are ready to jointly carry out isolation tests in anticipation of 2023 synchronization.

Nevertheless, much also depends on the country’s Western allies trusting Ukraine to perform successfully and taking all required steps to synchronize with the ENTSO-E region as well as ensuring that the country is welcomed into the greater ENTSO-E family.

The Ukrainian authorities are eager to proceed despite the obvious threat posed by Putin’s troop build-up and menacing rhetoric. As far as Ukraine is concerned, delaying the upcoming test and placing integration with EU markets into question carries much greater risks than conducting the trial now when it is fully prepared to meet any types of challenges ahead of planned ENTSO-E synchronization next year.

Dr. Aura Sabadus is a senior energy journalist who writes about Eastern Europe, Turkey and Ukraine for Independent Commodity Intelligence Services (ICIS), a London-based global energy and petrochemicals news and market data provider. You can follow her on Twitter @ASabadus. Views are her own.

Russian President Vladimir Putin claims to seek security guarantees and an end to NATO expansion but the crisis he has recently engineered is really all about reasserting Kremlin control over Ukraine, says Iulian Romanyshyn.