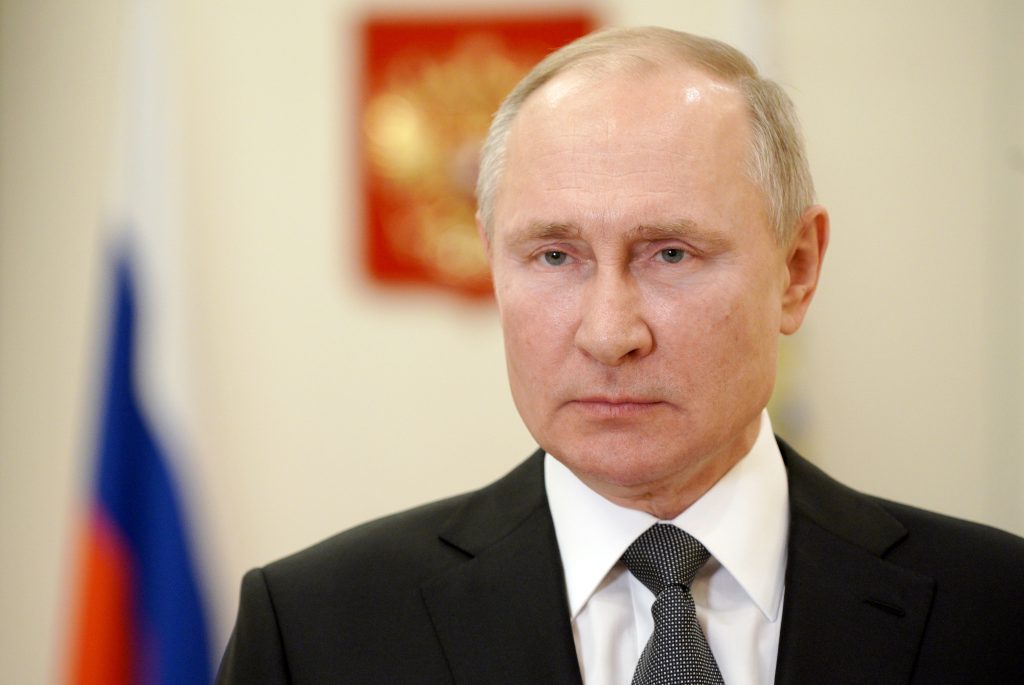 A flurry of diplomatic activity in the first weeks of 2022 has so far failed to produce any breakthroughs in the latest confrontation between Russia and the West. Instead, we enter February with the threat of a major war still hanging over Eastern Europe.

The current crisis began in November 2021 when a Russian military build-up along the Ukrainian border sparked fears of a dramatic escalation in Vladimir Putin’s eight-year undeclared war against Ukraine. As tensions mounted, Moscow sought to exploit the geopolitical momentum and raise the stakes further by issuing a list of security demands calling for a complete reset of the European security system.

So far, the democratic world has remained united in its rejection of Putin’s ultimatum. However, Kremlin leaders can rest assured that their proposals for a new pan-European security architecture have found plenty of supporters in European capitals.

During a recent press conference in Paris, French President Emmanuel Macron renewed his long-standing call for dialogue with Russia, arguing that a viable European security order cannot be built without Moscow’s participation. Meanwhile, the new German Chancellor Olaf Scholz appears inclined to follow in the footsteps of his predecessors by insisting that peace and security in Europe are only attainable in partnership with Russia, regardless of Moscow’s aggressive policies toward Ukraine and other neighbors.

Given the popularity of such thinking within the EU, it is safe to say that many are sympathetic to the Kremlin demand for guarantees that Ukraine will never join NATO. Predictably, in recent weeks numerous Western pundits have jumped on the idea of Ukrainian neutrality as a viable compromise to resolve the present security crisis. Intimidated by the Kremlin’s warlike rhetoric, they have argued that a neutral Ukraine could prevent the outbreak of what could potentially become the largest European conflict since WWII.

To European advocates of realpolitik, the idea of a neutral Ukraine may sound like an easy sell. However, the logic underpinning this argument is fatally flawed. It assumes Putin would be satisfied with Ukrainian neutrality and would then agree to leave the country in peace.

The experience of Ukraine’s neighbor Moldova is also telling. The country has never actively sought NATO membership and even enshrined neutrality in its 1994 Constitution. Nevertheless, Russian forces continue to occupy Moldova’s Transnistria region, while Chisinau is a routine target of economic coercion and political interference by the Kremlin.

The entire notion that a militarily neutral but otherwise Western-leaning Ukraine would be acceptable to Russia is wishful thinking. The Putin regime sees itself as being at war with the collective West and views Ukraine as by far the most important battleground in this geopolitical confrontation. Indeed, Russia’s 2014 military invasion of Ukraine was triggered by the country’s rejection of closer ties with Moscow and Kyiv’s attempt to sign an association accord with the European Union.

As they confront the current crisis, European leaders must not be fooled by Kremlin complaints about NATO expansion. In reality, Russia’s greatest fear is not the distant prospect of Ukrainian NATO membership. Moscow’s worst nightmare is a democratic, independent, and increasingly prosperous Ukraine existing beyond the reach of Russian influence.

Moscow’s obsession with reasserting control over Ukraine is rooted in deeply-held beliefs about the very essence of Russian national identity. Many Russians trace their national story back to Ukraine and continue to view the country as virtually indivisible from Russia itself. Thanks to this perceived closeness, the emergence of a democratic and European Ukraine is seen as an existential threat to Russia’s own authoritarian model.

Putin himself is a leading supporter of such imperialistic thinking. In summer 2021, he published a lengthy treatise that aimed to expose the alleged historical illegitimacy of Ukrainian statehood and explain why Russians and Ukrainians are, in fact, “one people.”

The Russian leader ended his essay by declaring: “I am confident that true sovereignty of Ukraine is possible only in partnership with Russia.” When taken together with the past eight years of undeclared war between the two countries and Moscow’s current military build-up on the Ukrainian border, such statements paint an unambiguous picture of Russian resolve to regain control over Ukraine at all costs.

Where does this leave talk of a new European security order? Russia’s conviction that it has the right to define the rules of the game at the expense of smaller states is fundamentally incompatible with the modern European approach to international relations. This radical mismatch would render any new negotiated security system impractical.

Instead of chasing a chimera by endlessly insisting on the need for dialogue with Moscow, the West should stand up for its principles and prepare for a prolonged confrontation with the Putin regime.

Abandoning Ukraine will not restore stability in Europe. On the contrary, it would mean the end of Ukrainian independence while robbing the West of its geopolitical credibility. Both outcomes would have grave consequences for global security that would be felt for decades to come.

Ukraine Crisis: Will Putin deploy his energy weapons against Europe?

In recent months, Russia has frequently been accused of using energy supplies as a geopolitical weapon. With international tensions now rising, such tactics may soon become more prominent.