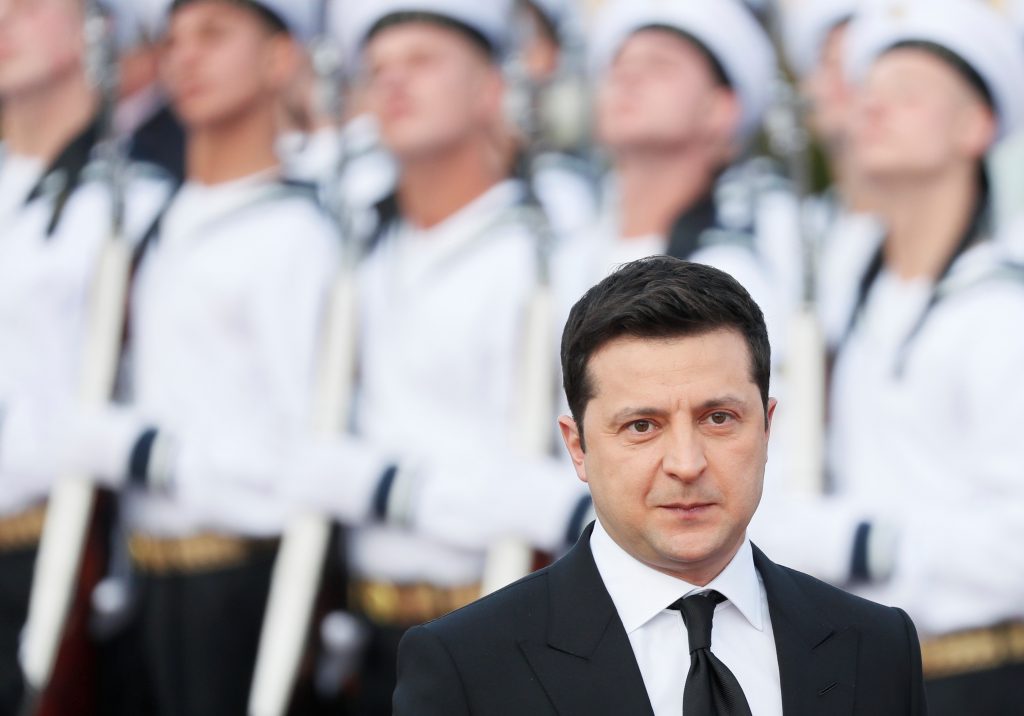 Anyone anticipating that the anti-oligarch bill recently signed into law by President Zelenskyy marks a new beginning for Ukraine will have had their hopes dampened last week when the National Council on Television and Radio Broadcasting announced the awarding of regional television rights.

A total of 130 bidders were competing for 43 frequencies, but more than a third were scooped up by a single company, Avers, owned by Ihor Palytsia, a parliamentarian and close ally of oligarch Ihor Kolomoisky. The controversial oligarch has ties to Zelenskyy and was sanctioned by the US earlier this year over allegations of “significant corruption.”

What should have been a step forward for media pluralism in Ukraine thus turned into a tightening of control in the hands of those who already enjoy too much media power. As the owner of 1+1 Media Group, consisting of eight television channels with a combined audience share of around 20%, Kolomoisky wields significant political influence in today’s Ukraine. His media assets were used to promote the 2019 election campaign of President Zelenskyy, whose hit shows previously aired on Kolomoisky’s network.

Zelenskyy stands accused of maintaining links to the oligarch since taking office, shaping the policies and personnel of his government in line with Kolomoisky’s interests and reaping positive media coverage in return. That dependency is likely to increase as the president wrestles with mid-term unpopularity and begins to plan his 2024 re-election campaign.

There are few grounds for thinking that Ukraine’s recently adopted anti-oligarch law will do much to alter this power dynamic. Critics argue that the criteria for determining who qualifies as an oligarch are either subjective or open to manipulation. What defines involvement in political life when the linkages between wealth and power are usually private and deniable? What constitutes a monopoly when ownership and control of business assets are often exercised through proxies?

It is hardly reassuring that the job of adjudicating on these matters will fall to the National Security and Defense Council (NSDC), a body wholly under presidential control. Applying the provisions of the bill objectively and fairly requires the involvement of an independent agency with proper investigative powers subject to transparent and accountable working practices. Without that, it looks ominously like a mechanism of executive power aimed primarily at settling scores with selected rivals, especially former Ukrainian President Petro Poroshenko.

Can we expect the NSDC to look honestly at the connections between Kolomoisky and the Office of the President when seeking to determine his involvement in politics? What efforts will it make to uncover the full extent of Kolomoisky’s business empire, given that much of his wealth is held outside Ukraine? This has become a particular point of sensitivity for Zelenskyy following the leak of the Pandora Papers and revelations that he holds significant wealth offshore, much of it derived from earlier work for Kolomoisky’s media empire. The conflicts of interest are too great to have much confidence in a process falling directly under presidential authority.

Another major deficiency in the bill is that it does nothing to address the problem of local oligarchic networks, many of which represent a significant problem in their own right. To highlight one example, Dnipro Mayor Borys Filatov is accused of running the city and its surrounding region as a personal fiefdom for six years. Opponents claim the real power behind the throne has always been local powerbroker Hennadiy Korban.

Both men have been close allies of Kolomoisky for many years, despite a brief falling out. They stand accused of serious abuses of power including claims by the National Union of Journalists of Ukraine that Dnipro is now among the most dangerous places for Ukrainian journalists to work following the alleged beating of local television crews by Filatov’s Municipal Guards earlier this year.

No action has been taken by the authorities in Kyiv over these allegations and none is expected. Korban and Filatov are now said to exert influence on Zelenskyy’s office via the Deputy Head of the Presidential Administration, Kryrl Tymoshenko, a PR specialist and Kolomoisky associate from Dnipro who has worked with Korban and Filatov in the past.

This relationship will likely become more important to Zelenskyy as he prepares to fight for re-election since the two men are at the forefront of efforts to mobilise regional political leaders from across Ukraine in support of the president as part of a newly formed Congress of Local and Regional Authorities. Expediency means that Korban and Filatov will probably continue to enjoy a relatively free hand in Dnipro.

Ukraine’s Western partners can’t afford to be indifferent to the deficiencies of Zelenskyy’s deoligarchization strategy. At best, it represents a missed opportunity to address an issue that has been at the root of the country’s developmental malaise ever since independence. At worst, it risks becoming a tool for perpetuating the very problems it is meant to tackle.

Ukraine’s oligarchy cannot be dealt with selectively and any attempt to do so should be condemned. The minimum requirement is that implementation of the rules should be handled transparently and impartially by an independent authority. This should come with a requirement on the government and president to be open about their relationships with those who wield significant private wealth.

The US and EU should be monitoring implementation of the bill and pressing for changes that reflect international best practice. Any revisions need to take into consideration the recommendations of the Venice Commission, which are expected by the end of the year.

If Ukraine’s recently adopted anti-oligarch law fails to deal effectively and even-handedly with the problem of oligarchic influence, Western governments should signal their willingness to impose additional targeted sanctions on those who enjoy impunity despite being responsible for corruption and human rights abuses. Experience has shown that this remains the most effective way to focus minds and encourage progress.

With Vladimir Putin seeking to restrict energy supplies to Ukraine, it is increasingly clear that Kyiv must connect to the European electricity grid in order to reduce its vulnerability to Kremlin blackmail tactics.

As the winter season draws closer, Ukraine faces a looming energy crisis on multiple fronts which could lead to domestic political instability and deepen the country’s dependence on Vladimir Putin’s Russia.

Image: President Zelenskyy has trumpeted the country's new anti-oligarch law as a meaningful step towards curbing the power of Ukraine's oligarch class, but critics fear it may actually make Zelenskyy himself too powerful. (REUTERS/Gleb Garanich)