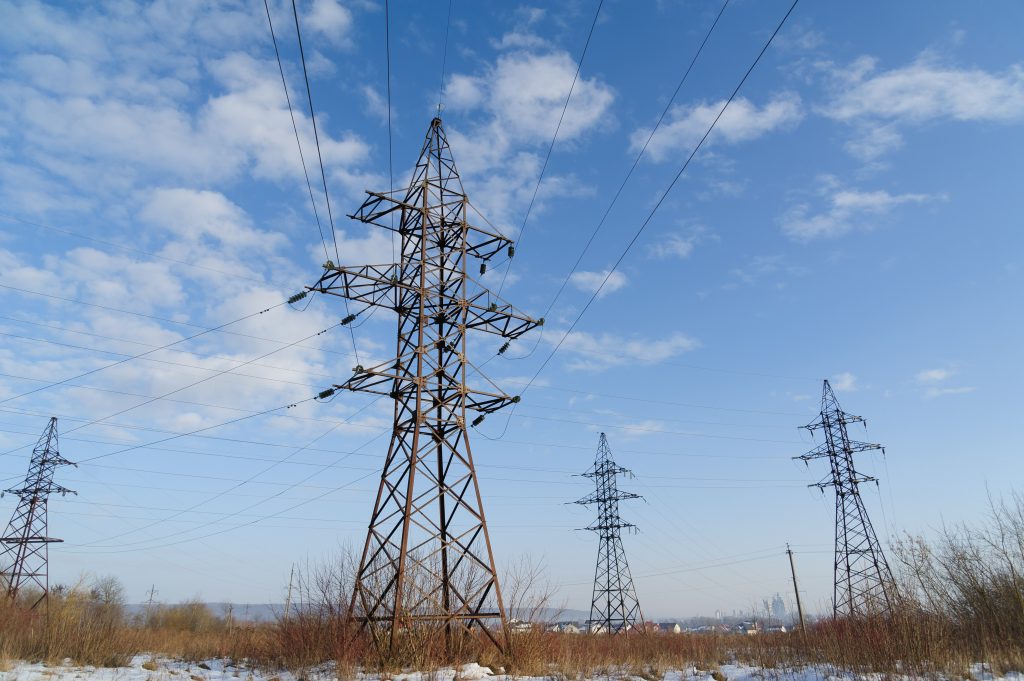 Ukraine is at war with Russia. Unlike the more conventional conflicts of previous centuries, this hybrid war cannot be understood via flags on maps or the study of troop movements alone. Instead, it involves informational, economic, cyber, and infrastructure elements that are every bit as important as outcomes on the battlefield.

Gas has long been one of the key fronts in this war. In recent days, Russia has extended the battle front to include electricity. Ukraine is usually a net exporter of electricity, but finds itself in a tight situation. It needs to import more coal or electricity. The Kremlin has prohibited not only Russian but also Belarusian export of electricity, since it is based on Russian fuel. Moscow is even blocking Kazakh exports of coal to Ukraine via the Russian railway network.

In more peaceful times in 2002, Anatoly Chubais, then CEO of RAO UES, the Russian state electricity company, showed me the UES dispatch central. I was stunned. A map on a vast wall covered the whole of the former Soviet Union, showing how electricity flowed from power stations to consumers. A Moscow dispatcher could turn off a power station, for example, in Ukraine.

They must liberate themselves from the Russian electricity zone as a matter of national security. Moscow dispatchers no longer control the work of Ukrainian power stations, but Ukraine’s grid is still technically connected with Russia and Belarus. If it needs to import electricity, it can only do so from Russia or Belarus.

Ukraine needs to switch from the former Soviet to the continental European grid. Therefore, it needs to synchronize its electricity transmission system with the European Union.

Like God, the EU works in often mysterious ways. The basis for Ukraine’s EU integration is its extensive EU Association Agreement, which came into full force in September 2017. But already in 2011, Ukraine joined the European Energy Community, whose task is to implement the third European energy package, which prescribed the unbundling of transportation and production of energy and marketization.

For electricity, the EU established the European Network of Transmission System Operators (ENTSO-E) in 2008. It consists of 42 electricity transmission operators from 35 European countries, including all 27 EU members, all the former Yugoslav republics and Turkey, but so far neither Ukraine nor Moldova.

Apart from reinforcing Ukraine’s national security, a synchronization of its electrical transmission system with continental Europe would have many other positive effects.

It would make it possible for Ukraine to trade electricity freely with Europe. Today, only the small Western Burshtyn Island, controlled by DTEK, can do so. Ukraine is generally a net exporter of electricity, but at times it requires imports. If Ukraine finds itself suffering from a shortage of electricity in the future, Russia would no longer be able to blackmail the country. Instead, Ukraine would just import from the vast continental market.

Since the 2014 Revolution of Dignity, Ukraine has carried out substantial energy reforms, but this process has been haphazard. A step towards reform has often been followed by an unexpected price cap, new government subsidies, or other market interference. If Ukraine integrates into the European electricity market, EU standards will block such government capriciousness.

One further consequence would be a badly needed leveling of the many electricity tariffs in Ukraine. The two most obvious beneficiaries would be Energoatom and Ukrhydoenergo, the state-owned producers of nuclear energy and hydropower, whose depressed tariffs could be raised. The arbitrary regulation of consumer tariffs would also have to end. High green tariffs are more difficult to stop legally, but the tariffs for new renewable producers could be moderated. Sudden or arbitrary price caps would no longer be permissible, and the government would have to sort out its public service obligations.

European integration would lead to a reinforcement of the independence and integrity of the National Energy and Utilities Regulatory Commission of Ukraine (NEURC), which currently is not strong enough to stand up against sudden vagaries by the presidential office or parliament. In 2020, the government first cut the tariffs for producers of wind and solar energy in Ukraine. Then it did not pay even the reduced tariffs. At present, the arrears of the Ukrainian state-owned transmission operator Ukrenergo to producers of renewable energy amount to nearly USD 1 billion. As a consequence, virtually all foreign direct investment in Ukraine has ceased. Ukraine’s entry into ENTSO-E can guarantee decent market rules, creating an environment where foreign investors dare to return to Ukraine.

The three Baltic states have been discussing their departure from the Soviet power grid for years, but they have done so only partially. They concluded a mutual agreement with the EU in 2018 and intend to complete their transition in 2025. However, their conditions are very different from those facing Ukraine. Two expensive cables costing EUR 1.6 billion had to be built, one to Poland and one to Sweden, and the Baltic countries requested EU financing to cover these costs. An additional problem was disagreements among the Baltic countries themselves.

For Ukraine, the logistical challenges of integration should be much easier to solve. Ukraine does not need any particular cables or major infrastructure investment. Instead, it requires a much needed modernization of its domestic grid, for which it should request international financing from the EU, the European Investment Bank, the European Bank for Reconstruction and Development, and the World Bank.

It would be entirely natural for Ukraine to join ENTSO-E together with Moldova, which currently has a sensible and reformist government in place. That should not be much of a problem, as Ukraine is about ten times larger than Moldova.

Ukraine and Moldova should conclude an agreement with the EU on entering ENTSO-E as early as 2023. Both countries should commit themselves to carrying out the necessary electricity and regulatory reforms in time, while the EU should commit itself to providing some of the necessary financing.

Electricity grid integration must be viewed as a geopolitical priority for Ukraine, Moldova, and the European Union. It can and should be done now. Russia’s recent moves underline the Kremlin’s readiness to use energy in its ongoing hybrid war against Ukraine. It is time to disarm this weapon.

As the winter season draws closer, Ukraine faces a looming energy crisis on multiple fronts which could lead to domestic political instability and deepen the country’s dependence on Vladimir Putin’s Russia.