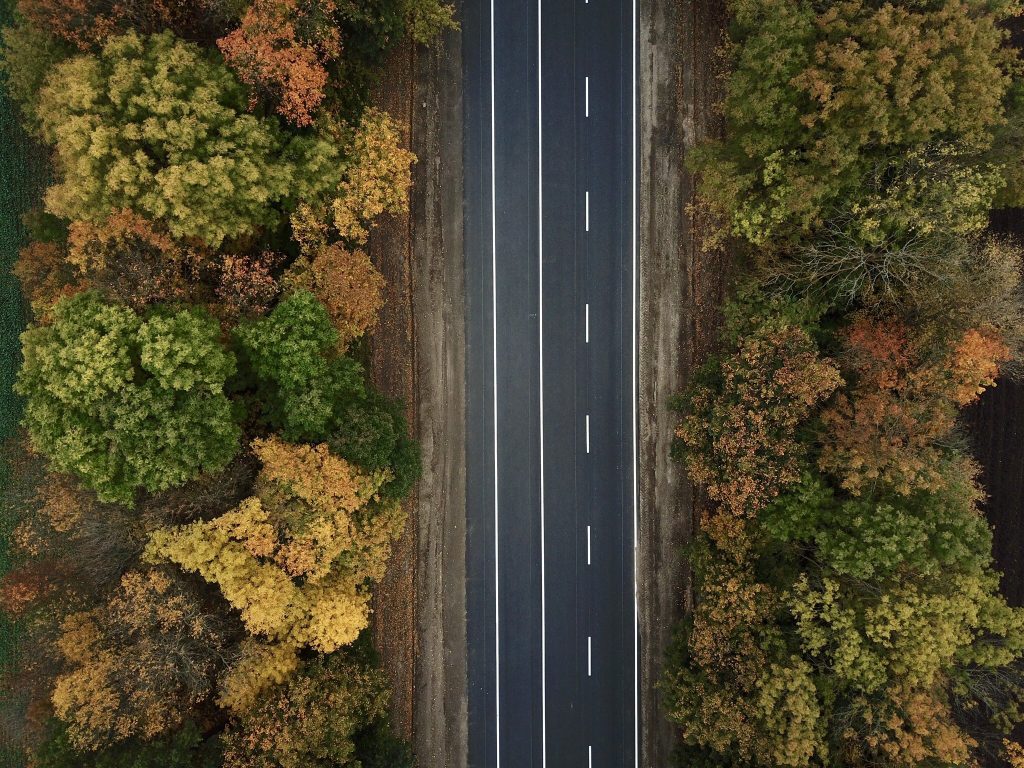 Ukraine’s Cabinet of Ministers approved the country’s 2022 draft budget on September 15. Infrastructure spending is once again among the top spending priorities in the draft document as President Zelenskyy’s push for an historic road-building breakthrough continues.

The draft 2022 Ukrainian state budget includes more than USD 4.5 billion for road construction and repair work. The bulk of this will go towards funding Zelenskyy’s flagship Big Construction program, which aims to dramatically upgrade Ukraine’s national road and highway network.

Announced in the months following Zelenskyy’s landslide presidential election victory of spring 2019, the Big Construction program has emerged over the past two years as a key focus of government efforts to deliver visible change to Ukrainians. Work continued throughout 2020 despite the disruption of the Covid pandemic, with 4,056 km of state roads and 2,527 km of regional and urban roads built or repaired. The target now is to repeat this performance in 2021 and next year.

The Big Construction initiative has been positively appraised in Ukrainian opinion polls. It has also won backing from Ukraine’s international partners, with G7 ambassadors among the latest to voice their support for the country’s infrastructure development reforms during a September 15 meeting with Infrastructure Minister Oleskandr Kubrakov.

Zelenskyy has stated that he wants to be remembered as “a president who built good roads.” Speaking during the September 2021 YES conference in Kyiv, he highlighted the economic logic underpinning this emphasis on infrastructure. “We started building roads like the Americans did during the 1930s to mitigate the negative effect of the Great Depression,” noted the Ukrainian leader.

The task facing Zelenskyy and his administration should not be underestimated. Roads form a key component of Ukraine’s infrastructure portfolio. Ukraine has an estimated 46,000 km of state roads under the management the State Agency of Motor Roads (Ukravtodor), along with 123,000 km of regional roads managed by regional administrations, and over 250,000 km of urban roads administered and managed by municipalities.

Much of this network has been neglected since the 1991 collapse of the Soviet Union and has fallen into a state of disrepair. In addition to a lack of maintenance and repair works, roads have also sustained damage due to often overloaded freight vehicles.

For many Ukrainians, this deteriorating road network has served as a visual reminder of the country’s losing battle with corruption and stagnation in the decades following independence. This makes the drive to transform Ukraine’s road network a potentially powerful symbol of national revival.

Yuriy Golik is an unpaid advisor to the Big Construction program. More than 300,000 people follow his Facebook page, which is updated daily with posts showing completed Big Construction projects. Golik, a 44-year-old businessman from Luhansk, says his motivation is similar to Zelensky’s; he wants to be able to look back in the years to come and say he was part of something that changed Ukraine for the better.

Golik teamed up Valentyn Reznichenko, his former boss at Ukraine Media Holding, to govern the Dnipropetrovsk region in 2015. Five years later, he wrote a 283-page memoir, titled “Eternity is Not for Weaklings: About Managers Who Hacked the State System,” chronicling his time at Dnipropetrovsk Regional State Administration.

The title of Chapter 8 of Golik’s book reads: “Do not Build Kilometers and Sections. Build Roads.” That is exactly what he and Reznichenko set out to do in Dnipropetrovsk Oblast. They first inventoried all roads in the region by category, then worked with stakeholders and public servants to cut red tape, secure financing, and build.

“At first, we didn’t have a methodical understanding of what we could achieve because no one in any region of Ukraine had ever dealt with fixing and building new roads systematically,” Golik says.

Initially, they set themselves the goal of completing capital repairs on the main street in every rural village. Quality and speed were the two primary demands of companies hired to do the work. From 2015-2019, the state administration spent about USD 185 million to resurface 500 km of roads in the Dnipropetrovsk region. This experience has since been applied to the Big Construction program.

Not everyone is convinced by the often bold claims that accompany the Big Construction program. The initiative has sparked a number of controversies and generated considerable criticism amid allegations that it is fueling corruption and diverting state funds away from more pressing priorities. Objections have centered on a perceived lack of transparency and the generous allocation of state financing at a time when Ukrainian businesses have been suffering from the negative economic impact of the pandemic.

Infrastructure Minister Kubrakov says criticisms of Big Construction often lack an understanding of how the road construction business works. “No one is in the business of building roads for free, even if only a 1% profit margin is included in the bid. That is why Ukravtodor has been pushing to adopt the Engineering, Procurement, Construction and Financing (EPCF) contractual framework for large road construction projects,” he says.

Others vouch for the positive economic impact of Ukraine’s infrastructure upgrade. Grigory Kukuruza of Kyiv-based macroeconomic forecasting company Ukraine Economic Outlook says Big Construction will likely account for between 35-50% of the country’s net GDP growth in 2021. “Total expenditures on Big Construction amount to about UAH 138.5 billion, or USD 5 billion, this year,” he notes.

Given the large quantities of budget funding involved, Big Construction projects will necessarily remain subject to scrutiny and will likely face ongoing accusations of corruption in the months and years ahead. Nevertheless, in a country that is in desperate need of modernization, many ordinary Ukrainians will be more interested in the impact the Big Construction infrastructure upgrade has on their everyday lives.

Peter Byrne is an American journalist who has been based in Ukraine for more than twenty years.