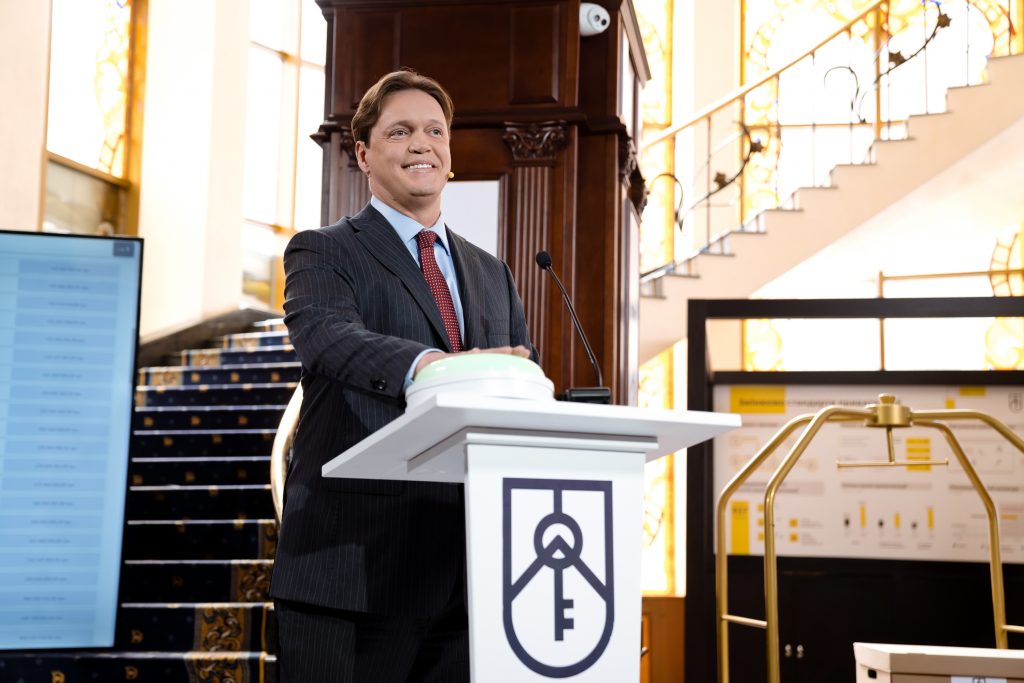 Attention in Ukraine is currently focused on talk of a counter-revolution that is threatening to derail the country’s anti-corruption reforms. However, away from the headlines, progress is continuing on a new privatization drive that aims to replicate the anti-corruption success which helped transform nearby countries such as Poland and Latvia.

Throughout Ukraine’s post-Soviet history, privatization has been a dirty word. These negative associations are rooted in past experience of bid-rigging by corrupt political leaders that all too often handed national assets to oligarchs, cronies, or family members for next to nothing.

Perceptions of privatization in Ukraine may now be in need of an update. Over the past year, the State Property Fund (SPF) has undergone a major overhaul and initiated ambitious efforts to clean up the country’s entire privatization process.

Since September 2019, the SPF has been chaired by Dmytro Sennychenko, a former real estate industry executive who brings extensive experience working with international investors to his current role. Sennychenko has introduced new levels of transparency and independent auditing measures in order to increase the attractiveness of Ukraine’s privatization process.

Sales are currently restricted to small- and medium-sized state-owned enterprises. Since 2019, the SPF has declared 3,460 entities for privatization. So far, over 800 have been sold. “The average price paid was 230 percent more than the starting bid price,” says Sennychenko. “As a result, UAH 1.925 billion (approximately USD 67 million), has been transferred to the state budget. We are on track for UAH 3 billion by the end of the year.”

The current privatization push is not merely a means of raising much-needed funds for state coffers. Sennychenko sees it as a key tool in the struggle against corruption. “Ukraine still has an excessive number of state-owned enterprises and non-core properties that are managed by 96 state-owned entities including ministers, committees, and other state bodies. This is the largest single source of corruption in Ukraine. State-owned enterprises are not managed in terms of corporate governance, but involve cash payments and the shadow economy. Privatization is one of most effective ways to fight this corruption.”

Ukraine does not have to look far in order to find examples of what effective privatization policies could mean for the country’s economy. “Poland is more successful than Ukraine because it already conducted mass privatizations,” says Sennychenko. “It had thousands of state-owned entities and kept only a few dozen. Latvia did the same and only has 85 state-owned companies. Sweden has only 46 state-owned companies, but Ukraine still has 3,644. The majority should be privatized.”

Like other Ukrainian reform bodies, The State Property Fund faces serious headwinds from the country’s powerful oligarchs who want to buy state-owned assets cheaply. There is also considerable opposition from corrupt officials who currently run state-owned enterprises for personal profit.

Sennychenko has moved quickly and managed to attract interest from the international business community. Potential investors have been comforted by the fact that outside auditors verify financial information, and encouraged by the fact that the auction process is managed by Ukraine’s transparent ProZorro digital procurement platform. Once chosen, winners are scrutinized by the National Bank of Ukraine along with the country’s financial and tax authorities, who must sign off before assets can be transferred.

Ukraine is currently facing a major political crisis sparked by dubious court rulings targeting the country’s anti-corruption institutions. However, Sennychenko says this has had little impact so far on the privatization process. “Despite all the recent news, investors say their opinion about Ukraine’s level of country risk is unchanged. We are still receiving numerous bids from reputable international companies actively looking to discover opportunities here.”

While international interest remains relatively stable, challenges have been emerging closer to home. Sennychenko has urged the government to accelerate the privatization process and extend it to large assets in order to combat what he describes as threats and pressure. For instance, Sennychenko claims a group recently attempted to bribe him with USD 5 million in order to acquire Odesa Port Plant without competition, even though its privatization is not imminent. SPF officials handed over details of the matter to the National Anti-Corruption Bureau of Ukraine. Suspects have since been charged and will be tried in the Special Anti-Corruption Court. “Two months later, another bribery attempt occurred involving guys living in the past who don’t want to buy through an open tender,” Sennychenko recounts. “There is pressure on us, and the only way to succeed is to continue with privatization quickly.”

Morgan Williams, Chair of the US-Ukraine Business Council in Washington DC, confirms that there is significant investor interest in Ukraine’s privatization efforts but says rule of law issues continue to serve as a major obstacle. “There are still serious concerns about privatizations in Ukraine, especially the large ones, given that the judiciary remains corrupt,” offers Williams. “Some companies have problems created by the oligarchs and pending lawsuits that keep honest private investors from bidding on them. Then, when such matters take you to court, you have the corrupt judiciary to deal with that comes down on the side of the financial interests that control the state company.”

Sennychenko is well aware of these concerns. He explains that while the SPF cannot protect buyers after a transaction, the current privatization process is transparent and in accordance with the law, making it difficult to launch legal challenges once sales have been completed. “Any lawsuits that may follow the privatization decision will fail,” he says. “The SPF, in its turn, is ready to provide all the necessary documents and information to prove the privatization decision was legal. Openness and transparency are the protection the SPF can ensure.”

In order to further protect the privatization process, SPF officials want to see additional reforms introduced. They have requested changes to 27 existing laws as well as Ukraine’s tax and budget codes. “The business community needs these changes to be adopted,” says Sennychenko. “If we do so, the privatization job can be completed in two or three years. If not, it will take another 10 or 20 years because of the major resistance we will encounter from the corrupt system that is protecting itself in order to keep getting cash that belongs to Ukrainians.”

Ultimately, much will depend on the strength of Ukraine’s political commitment to a transparent and comprehensive privatization process. If this political backing is forthcoming, it could have significant implications for the country’s future trajectory. “Ukraine is the only country in Europe that didn’t finish the privatization of non-core assets. My key message is simple: let’s do this now and not waste any more time,” says Sennychenko. “Privatization is one of most effective ways of overcoming corruption and getting investment into our economy. We have lots of assets and international interest. We also have billions hidden under the mattresses that should be invested in the real economy, not the shadow economy. I don’t want to be here doing this for the rest of my life. But we need strong political will.”