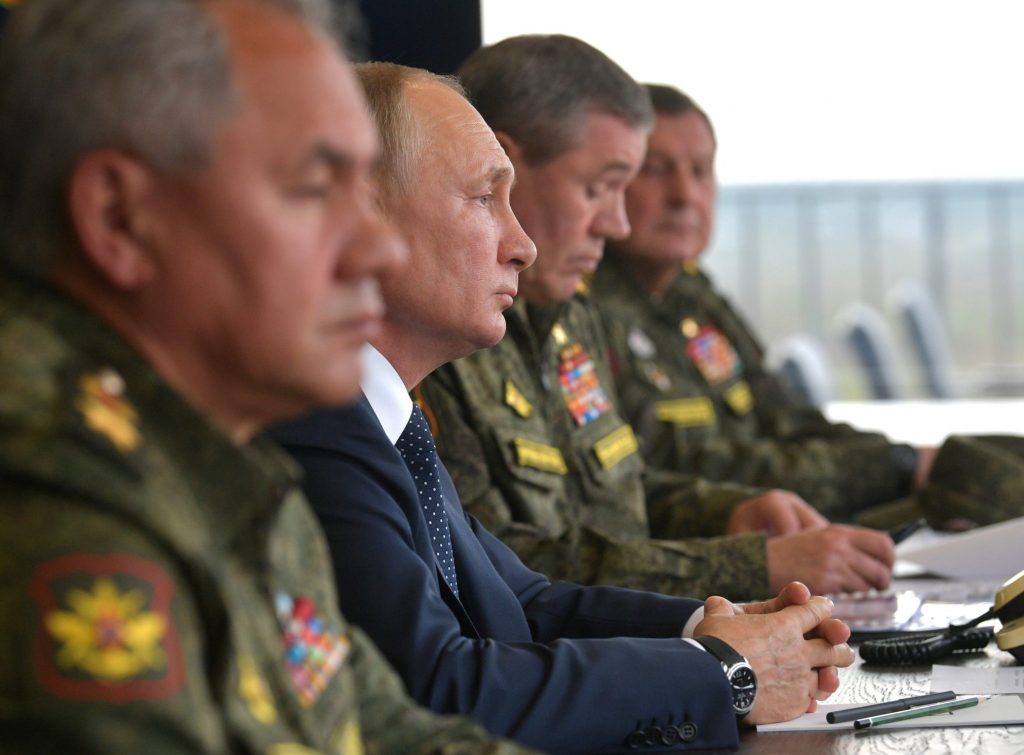 With construction work on Russia’s controversial energy pipeline now finally complete, critics say the Kremlin is artificially pushing up gas prices in a bid to speed up the lengthy certification process and make the pipeline operational. Such maneuvers would appear to justify earlier fears over Vladimir Putin’s weaponization of Russian energy supplies to the EU, but there has yet to be any significant response from Washington, Berlin, or Brussels.

For a number of weeks, Russia has faced accusations of deliberately failing to meet heightened European demand for gas, leading to spiraling prices and alarmingly low storage levels across the continent. Many analysts believe Moscow’s goal is to highlight the need for Nord Stream 2 in order to bypass the many legal and bureaucratic delays that still prevent the pipeline from delivering gas from Russia to Germany across the Baltic Sea. At present, it is estimated that administrative hurdles could delay the pipeline by months or possibly even more than a year.

Ever since its inception, the Nord Stream 2 project has met with bitter opposition on both sides of the Atlantic. The European Parliament has repeatedly voted against the pipeline, while central European countries such as Poland fear it will strengthen Russia’s grip on regional energy markets and boost Putin’s ability to blackmail his neighbors.

Many Ukrainians see the pipeline as an economically unjustified geopolitical weapon aimed directly at their country. They argue that the primary goal of Nord Stream 2 is to end Moscow’s reliance on the Ukrainian gas transit system, potentially paving the way for a major escalation in an ongoing campaign of Russian military aggression that is already in its eighth year.

In the United States, the pipeline has provoked bipartisan opposition that continues to rumble on despite the May 2021 decision by President Biden to relax sanctions measures. Claims of recent Russian energy supply manipulation provoked a robust reaction from US Senator Pat Toomey, the senior Republican on the Senate Banking Committee, who told the Atlantic Council, “Any deal that allows for the completion of the Nord Stream 2 pipeline is badly flawed. The administration must impose sanctions on Nord Stream 2 AG as required by law under CAATSA [Countering America’s Adversaries Through Sanctions Act] to halt Moscow’s efforts to weaponize the supply of gas in Europe.”

In December 2020, the US Congress passed draconian sanctions measures designed to halt construction of the pipeline. However, President Biden reversed course in late spring and waived sanctions in deference to Germany. Following a significant outcry, the two countries then signed an agreement in July committing to impose sanctions if Russia “weaponized” the use of energy or threatened Ukraine’s sovereignty.

Despite these commitments, no action has been taken over current accusations regarding Russian energy supplies to the EU. While numerous European politicians and Congressional leaders have voiced their concerns, Germany is presently in the final stages of a national election campaign and in no position to enter into a confrontation with the Kremlin.

Yuriy Vitrenko, who serves as CEO of Ukrainian energy giant Naftogaz, believes there is no question that today’s gas shortages are a deliberate ploy by Moscow that should trigger sanctions from both Germany and the United States.

“What Russia is doing is the very intentional withholding of gas supplies to Europe. Moscow is withholding gas supplies in order to coerce Europe into accepting Nord Stream 2 and certifying it before the US Congress adopts additional sanctions,” states Vitrenko. “Russia’s actions are the epitome of gas weaponization. Anyone who refuses to acknowledge what Moscow is doing, especially when it does this so blatantly, is sending a dangerous message to the Russians that they can use gas to blackmail Europe and get away with it.”

Last week, newly appointed Biden Administration energy advisor Amos Hochstein warned of a looming energy crisis in Europe this winter due to Russian supply shortages. Speaking to the Financial Times, Hochstein claimed Russia had “under supplied the market compared to its traditional supplies” and contributed to the highest prices on record. “If you get a real cold winter by January and February, you could run out of supplies. And that’s where I get concerned. This is not just about some geopolitical games. People’s lives are at stake.”

However, while Hochstein stated unambiguously that Russia had “been weaponizing natural gas for many, many years,” he stopped short of declaring that Moscow had deliberately curtailed gas supplies in recent months. Such restraint is perhaps unsurprising. If allegations of market manipulation were officially confirmed, this could potentially trigger additional sanctions against Moscow in line with the terms of the US-German agreement.

“We agree with Mr. Hochstein’s efforts to draw attention to the growing gas crisis in Europe that could leave the continent cold this winter,” comments Vitrenko. “At the same time, we do not understand why the Biden Administration is reducing sanctions pressure against Russia while the Kremlin is increasing the weaponization of gas throughout Europe. Our position is that US sanctions should be fully applied as long as Putin continues to use gas as a weapon. We must act to hold Russia accountable. This can be achieved not by allowing Russia the ultimate gas weaponization tool, Nord Stream 2, but by taking that tool away and making sure the Kremlin is never able to use it.”

As concern about Russia’s grip on European gas supplies grows, US Senators Toomey and Ted Cruz have this week threatened to indefinitely hold up the nominations of five top Treasury Department officials if the Biden Administration doesn’t blacklist the firm managing Russia’s Nord Stream 2 pipeline project.

“The administration’s so-called ‘deal’ with Germany hands Vladimir Putin a geostrategic victory, entrenches corrupt Russian influence in Europe, and drastically weakens the security of Ukraine, Poland, and other states on the front line of Kremlin aggression,” Toomey and Cruz stated in a letter to the chairmen of the Senate Banking and Foreign Relations Committees.