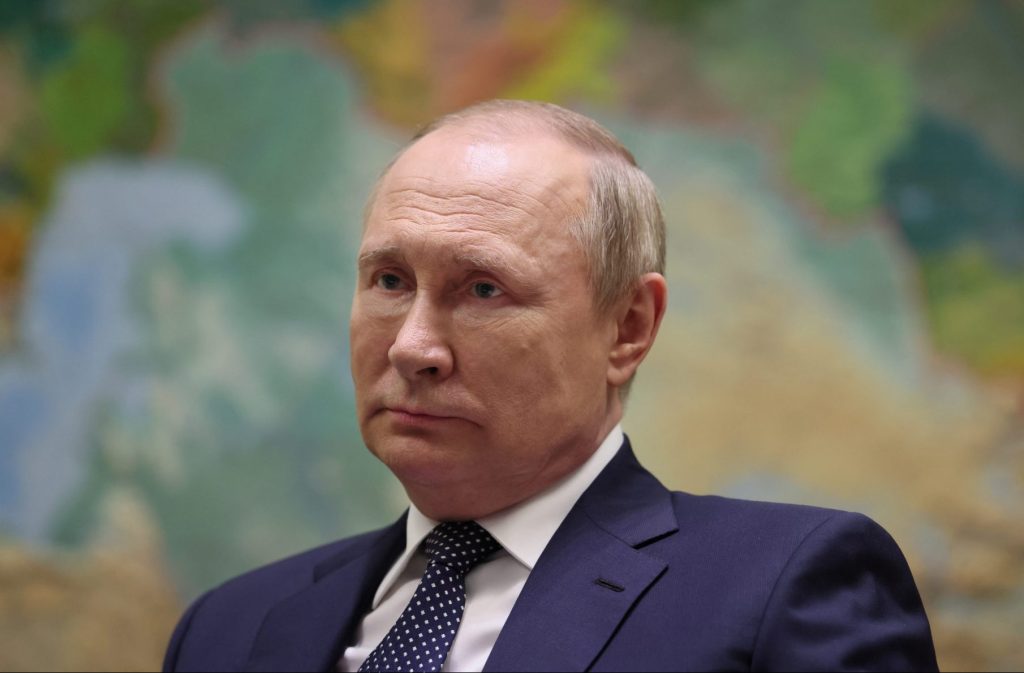 Vladimir Putin’s 22-year reign has been marked by a steady decline in the goals he has set for himself and his country. He initially embraced progressive notions of domestic reform and international integration, but has since led Russia deeper and deeper into authoritarian isolation. His recent comments comparing himself to Peter the Great and boasting of plans to seize Ukrainian lands represent a new low in this depressing journey from would-be reformer to war criminal.

It is tempting to assume that Putin was always an unapologetic authoritarian and an enthusiastic imperialist but during the early years of his reign, he often championed sensible reforms while promoting initiatives to modernize and diversify the Russian economy.

Soon after he was first appointed president in 2000, Putin published an essay claiming that he wanted Russia to reach Portugal’s level of GDP per capita by the end of his two terms in office. This was a realistic and pragmatic economic target, as Portugal was then the poorest EU member state. However, two decades later in 2021, Portugal’s GDP per capita in current USD was twice as high as Russia’s.

Despite the damage suffered by Portugal during the 2010 euro crisis, Russia has actually fallen further behind the Portuguese economy. This should come as no surprise. The Russian economy has stagnated since 2014 when the West imposed its first round of sanctions following the invasion of Crimea and eastern Ukraine. After almost a decade in the doldrums, Putin now appears to have given up entirely on Russia’s economic development. He is not even planning for any growth until 2030.

Until the end of his first presidential term in 2004, Putin spoke extensively about the need for the rule of law and other systemic reforms. In 2002, Russia adopted far-reaching judicial reforms along with a new civil code and a liberal tax code, while also allowing private ownership of agricultural land. In effect, Putin completed the progressive economic reforms begun by the Yeltsin administration during the 1990s.

These policies paid dividends. Russia enjoyed a period of uniquely strong economic expansion during the early years of the Putin era, with annual growth rates of around seven percent from 1999 to 2008. In truth, Putin had arrived at a laid table with prepared reforms, while his economic success also owed much to a sustained commodity boom. Nevertheless, it was still possible to argue that Putin was steering Russia toward a future governed by the rule of law.

During this early period, Putin also called for far-reaching international integration, making Russia’s membership of the World Trade Organization a key goal. However, he gradually lost interest in this initiative. Despite strong Western support, Russia did not join the WTO until 2012. By that point, Putin had already begun embracing isolationist policies protectionism and import substitution.

When did the turning point come? Some say it was Ukraine’s 2004 Orange Revolution, which poisoned Putin against the West. Others argue that Putin’s early flirtation with a more reformist agenda was merely political pragmatism as he consolidated his position at home and abroad. With the benefit of hindsight, it now appears obvious that Putin’s background as a KGB officer and his alleged ties to organized crime were decisive in shaping his reign. During the second half of the 2000s, this toxic baggage increasingly took over.

In truth, the warning signs of a return to authoritarianism were there from the very beginning. The first indication was Putin’s suppression of independent Russian television in 2000, which saw the Kremlin take over Vladimir Gusinsky’s NTV and Boris Berezovsky’s ORT. In May 2001, he established direct control of Gazprom, Russia’s wealthiest state company.

With the arrest of leading Russian oligarch Mikhail Khodorkovsky in October 2003, Putin initiated the renationalization of Russia’s most successful private companies. This revival of state dominance was mirrored throughout the Russian economy, with the security services and Putin’s personal favorites often the beneficiaries.

Despite the changing political climate in Russia, for many years Putin continued to publicly advocate for academic openness and innovation. This is no longer the case. Instead, the Kremlin now promotes ideas of isolation and orthodoxy. Meanwhile, the language of scientific and technological development has become increasingly reminiscent of the Brezhnev era Soviet Union. Unsurprisingly, many of Russia’s leading scientists and entrepreneurs have chosen to leave the country and pursue their careers in freer environments.

With any sense of optimism about the future gradually fading from view, Putin has become dependent on the propaganda power of an idealized past. He has rehabilitated the Soviet era and transformed the Red Army role in the defeat of Hitler into a victory cult that now serves as an unofficial state religion. Most of all, he has sought to justify his increasingly dictatorial rule by identifying enemies and waging wars of aggression.

Putin has used various excuses to justify his aggressive foreign policies. On different occasions, he has claimed to be protecting Russian citizens in Georgia, preventing NATO expansion, defending Russian-speaking Ukrainians, and liberating Ukraine from Nazis. While these narratives may have worked inside Russia, they have had limited success in convincing outside audiences.

The current invasion in Ukraine has exposed the limitations of Putin’s expensively assembled disinformation apparatus. With Moscow now struggling to shape international perceptions of Putin’s wars, he appears to have switched to open intimidation. Since the invasion began in February 2022, Kremlin officials and regime propagandists have frequently issued thinly-veiled threats of nuclear war.

Meanwhile, Putin himself has abandoned his earlier denials and embraced the archaic rhetoric of imperial expansion. Speaking at a recent Moscow event to mark the three hundred and fiftieth birthday of Russian Czar Peter the Great, Putin eulogized Peter’s conquests in the Great Northern War and praised him for “returning” historically Russian lands. “It seems that it has fallen to us, too, to return (Russian lands),” Putin commented in a clear reference to the current war in Ukraine.

Putin’s reliance on nuclear blackmail and his absurd search for legitimacy in the imperial past reflect his failure to build an attractive modern state. After more than two decades in power, he is unable to deliver a coherent vision of a brighter future. Instead, Putin’s earlier talk of reform and innovation has been completely eclipsed by the repressive logic of his authoritarian kleptocracy. All that remains is imperialism.

Many Western leaders fear what might come after Putin. They worry about the possible break-up of the Russian state or the rise of an even less predictable dictator in his place. However, few scenarios are more alarming than a continuation of Russia’s current descent into full-scale fascism under an increasingly isolated and unhinged Putin. He is already the greatest single threat to global security and will likely remain so until he loses power. The West should not be afraid of pursuing this objective.

Anders Åslund is a senior fellow at the Stockholm Free World Forum and author of “Russia’s Crony Capitalism: The Path from Market Economy to Kleptocracy.”