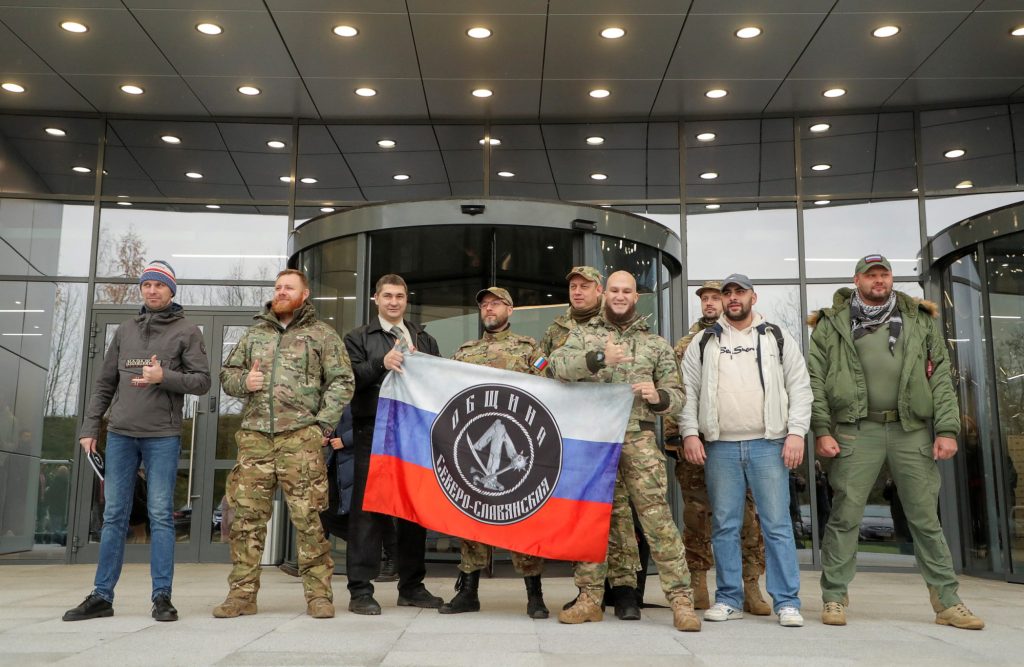 A new and significant political force is emerging in the shadows of Russia’s invasion of Ukraine. While Vladimir Putin has long cultivated an aggressive brand of Russian nationalism based on imperial identity, battlefield defeats in Ukraine are having a radicalizing effect on domestic audiences and placing the far right at the center of Russia’s shifting political landscape.

Like many dictators throughout history, Putin believed he could strengthen his position at home by waging a small, victorious war. However, he is now learning a painful lesson: if you stake your position as dictator on a quick victory but fail to deliver, you may suffer the fate of Khrushchev after the Cuban Missile Crisis or the Argentinian junta after their disastrous invasion of the Falklands. Losing a conflict that you are expected to win is so thoroughly demoralizing that it puts your entire reign at risk.

Many people now question why Putin embarked on such a reckless invasion at all. In fact, the Russian dictator has always been a betting man. His entire career has been marked by gambles that have paid off handsomely. However, with the full-scale invasion of Ukraine, his luck may finally have run out.

US President Joe Biden describes Putin as a rational actor who has miscalculated. This is probably true, but it is also important to recognize Putin’s miscalculation as a symptom of a flawed worldview that is disconnected from reality. In short, Putin fell into the same trap that eventually catches out many long-serving dictators; he drank his own Kool-Aid.

In a military context, believing in one’s own inflated prowess is catastrophically dangerous. Thanks to decades of propaganda, Russians take it for granted that their country is a military superpower. This myth has been shattered in Ukraine. Despite having less than one-third of Russia’s population, a far smaller economy, and being an emerging democracy rather than a militarized dictatorship, Ukraine has more than held its own for almost a year against the invading Russian army.

While the West has provided Ukraine with significant military aid, the extent of Western involvement in the war should not be overstated. So far, only about one percent of the relevant available Western weaponry has actually been sent to Ukraine. Key partners such as the US, UK, France, and Germany have resisted Ukrainian pleas for tanks, jets, and long-range missiles. Instead, they have provided anti-tank weapons, limited quantities of artillery, and shorter range missile systems. Nevertheless, this has proved sufficient to stop Russia’s offensive and liberate about half of the territory occupied by Putin’s troops during the initial stages of the invasion.

Faced with mounting setbacks in Ukraine, Putin has become increasingly delusional. Rather than acknowledge Russia’s embarrassing defeats and catastrophic losses, he insists everything is going according to plan. This is creating opportunities for Russia’s far right forces, which do not suffer from the same limitations. While Kremlin officials absurdly attempt to portray retreats as “goodwill gestures,” the far right wins over the Russian public by speaking frankly about the country’s military disasters in Ukraine.

Until the invasion began in February 2022, the only political opposition in Russia was represented by jailed anti-corruption activist Alexei Navalny, who had attempted to play broadly by Western democratic rules. When the war started, the remnants of Russian civil society were ruthlessly stamped out. Prominent opposition figures were jailed or forced into exile, while new laws criminalized all forms of public dissent. These trends have intensified over the intervening nine months, extinguishing any lingering hopes of a serious democratic opposition to the Putin regime.

Instead, the most serious challenge to Putinism may come from a newly emerging political movement that is even further to the right on the political spectrum than Putin himself. At present, this is a disorganized but vocal movement that has found its voice in the many unofficial Russian “war correspondents” and social media accounts reporting on the invasion while bypassing the Russia’s Kremlin-controlled mainstream information space. Most write from a Russian nationalist perspective while employing ethnic slurs for Ukrainians. They are unambiguously pro-war and often apparently pro-Putin. However, their content is frequently at odds with Russia’s official propaganda and highly critical of the military officials leading the invasion.

While there is currently no single nationalist leader, the most prominent figure among Russian ultra-nationalists is Yevgeny Prigozhin, the leader of the Wagner Group paramilitary force. Prigozhin once sought to distance himself from Wagner but has recently made his connection very public. He has released footage of his recruitment speeches and has opened a swanky head office in Saint Petersburg. This reflects the rising profile of Wagner itself. Formerly seen as a shadowy mercenary group used by the Kremlin in hybrid war hot spots such as Ukraine, Syria, and Africa to create a veneer of plausible deniability, Wagner has been one of the few Russian military units to perform credibly during the initial stages of the Ukraine invasion and has visibly grown in stature.

With his own public profile on the rise, Prigozhin has begun testing the boundaries by publicly deriding senior figures within the Russian military hierarchy. Meanwhile, his Wagner troops operate in Ukraine as an army-within-an-army, pursuing their own clearly defined battlefield objectives and openly positioning themselves as a military elite in contrast to the under-performing regular Russian army.

Wagner fighters have become the poster boys of the ultra-nationalists, who are themselves less prone to official delusions and more interested in the realities of hard power. Freedom from the constraints of the Kremlin propaganda machine is a major asset in their struggle for credibility among Russian audiences. This makes the far right a potentially formidable opponent in a future internal power struggle against the Putin regime.

It is hard to predict what the world could expect from a post-Putin Russia ruled by far right forces, but there is clearly little room for optimism. An ultra-nationalist successor regime would likely be even more inclined to wage war against Russia’s neighbors while ruthlessly targeting civilians. This extremism would be driven in part by the growing conviction within nationalist circles that Putin is failing in Ukraine precisely because he has not been ruthless enough in his leadership of the war.

Putin’s domestic position is not yet sufficiently weak to talk of an imminent fall from power, but it is already apparent that he is far weaker today than he was just one year ago. At the same time, the full-scale invasion of Ukraine has catapulted a wide range of formerly fringe nationalist figures into the Russian mainstream and transformed Yevgeny Prigozhin into a political heavyweight. This swing to the right has not yet been fully appreciated by many Western observers, but it offers alarming indications of where Russia may be heading politically and must be watched carefully in the months ahead.

Stanislav Shalunov is founder and CEO of NewNode and creator of FireChat.

Image: Visitors pose for a picture outside PMC Wagner Center, which is a project implemented by Wagner founder Yevgeny Prigozhin, during the official opening of the office block in Saint Petersburg, Russia. November 4, 2022. (REUTERS/Igor Russak)