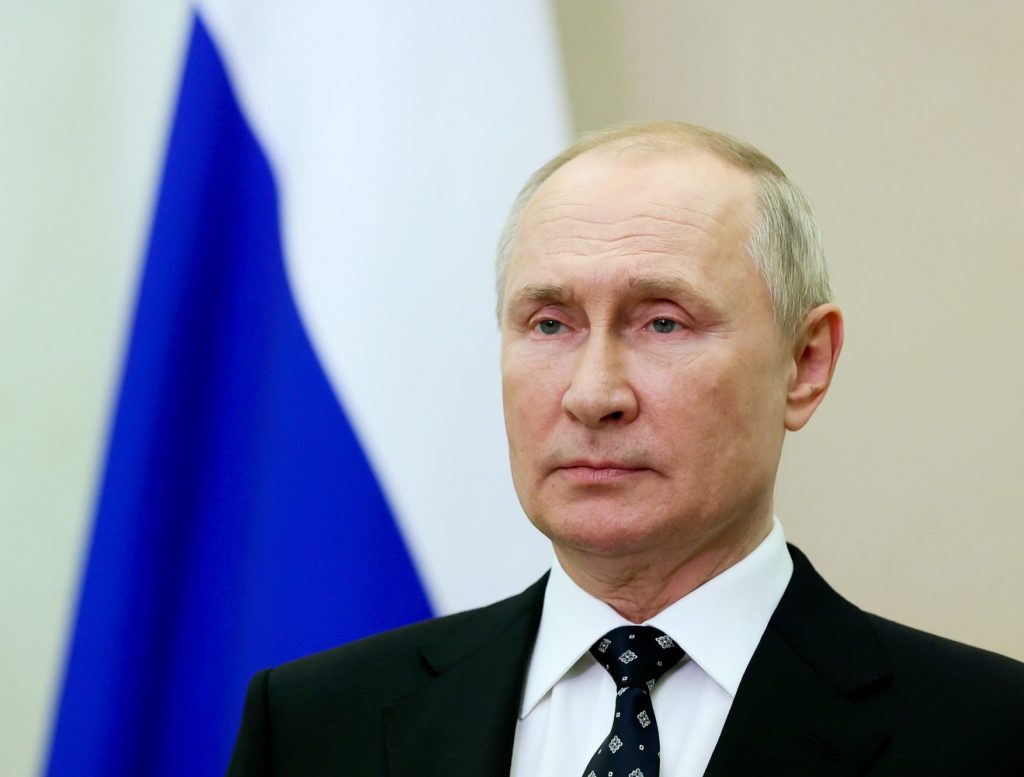 As international leaders and the world’s media continue to speculate over Moscow’s latest military build-up on the Ukrainian border, Russian President Vladimir Putin is quietly moving ahead with the slow-motion annexation of east Ukraine.

Alarm over Russia’s intentions has been mounting since early November, when CIA Director Bill Burns was dispatched to Moscow to warn the Kremlin against a fresh invasion of Ukraine. Amid a flurry of press reports citing fears over a possible coming Russian offensive, British Defense Minister Ben Wallace has visited Kyiv in recent days and his Ukrainian counterpart Oleksii Reznikov has traveled to Washington for talks with US Secretary of Defense Lloyd Austin. Even the normally non-confrontational French and German foreign ministries have felt moved to issue a strongly-worded joint statement informing Russia of “serious consequences” if Moscow chooses to escalate its military intervention in Ukraine.

This focus on Moscow’s menacing military maneuvers is entirely understandable, but it risks obscuring the fact that Russia has already invaded Ukraine and has been steadily consolidating its grip on entire regions of the country since 2014. Over the past seven years, the Russian invasion of Ukraine has plunged the world into a new Cold War. It will remain the gravest challenge to a rules-based international order even if Russia can be deterred from launching a new offensive in the months ahead.

On November 15, Putin signaled his intention to proceed further with the unofficial annexation of eastern Ukraine by issuing a new decree removing barriers to trade between the Russian-occupied regions and Russia itself. The move was praised by the occupation authorities in east Ukraine, who called it “a serious step toward integration with Russia.” This development received none of the fanfare or media attention reserved for the deployment of elite Kremlin troops and Russian tank divisions, but it poses just as much of a threat to Ukraine’s future territorial integrity.

Ukraine condemned Putin’s decree as “gross interference” in the country’s internal affairs. In a statement, the Ukrainian Foreign Ministry claimed the step “clearly demonstrates Russia’s purposeful policy to pull the temporarily occupied territories of our state into its economic, political, electoral, and information space.” Unfortunately for Kyiv, outside audiences appear unable or unwilling to acknowledge the ominous implications of Russia’s efforts to integrate eastern Ukraine.

The recent lifting of trade barriers is the latest in a series of steps initiated by the Kremlin to promote economic integration between occupied eastern Ukraine and the Russian Federation. The Ukrainian regions currently under Kremlin control switched from Ukraine’s hryvnia currency to the Russian ruble some years ago, while Moscow also provides sizable financial subsidies to prop up the ailing economy and fund social payments in the occupied zone.

Economic integration is only one aspect of Putin’s plans for informal empire in eastern Ukraine. While Moscow moved to annex Crimea almost immediately after seizing control of the Ukrainian peninsula in early 2014, the Kremlin has adopted a much more gradual approach towards the areas it occupies in eastern Ukraine. Officially, Russia supports the eventual return of these regions to Ukrainian control. Unofficially, Moscow is doing everything in its power to make sure this will never happen.

For the past seven-and-a-half years, the population of Russian-occupied eastern Ukraine has been exposed to relentless Kremlin propaganda demonizing Ukraine and questioning its right to exist as an independent state. Schoolchildren have been taught to view Ukraine with hostility and regard themselves as Russian, while human rights groups claim Ukrainian language studies have largely disappeared from the region’s education system.

The most brazen aspect of this slow-motion annexation has been the mass distribution of Russian passports to Ukrainians living in the occupied east. Initiated in April 2019 within days of Ukrainian President Volodymyr Zelenskyy’s election victory, the decision to grant Russian citizenship to the local population has transformed the geopolitical balance in east Ukraine and effectively turned the region into a passport protectorate.

Moscow has made no secret of the fact that it regards this artificially created Russian population as an open-ended excuse to intervene in the region, even in the unlikely event of its future return to Ukrainian control. During a bout of Russian saber-rattling on the Ukrainian border in spring 2021, Putin’s deputy chief of staff Dmitry Kozak warned that the Russian military “would be forced to come to the defense” of Russian citizens in eastern Ukraine if the security situation were to deteriorate. With more than half a million Russian passports reportedly issued over the past two years, this passport imperialism poses an obvious and immediate threat to Ukrainian sovereignty.

The weaponization of Russian citizenship in eastern Ukraine is also helping to facilitate the region’s political integration into the Russian Federation. Campaigning for Russia’s September 2021 parliamentary election took place throughout Russian-occupied eastern Ukraine, while according to the Ukrainian parliament’s Human Rights Commissioner Liudmyla Denisova, approximately 230,000 Ukrainians participated in the vote itself.

The recent election also saw key figures from the war in eastern Ukraine elevated to the ranks of the Russian political establishment. The most prominent of these was Alexander Borodai, who first gained notoriety in 2014 as prime minister of the so-called Donetsk People’s Republic (DPR), one of the separatist republics created by the Kremlin in eastern Ukraine.

Now a member of parliament for Putin’s United Russia party, Borodai has long called for the annexation of eastern Ukraine and has vowed to use his newly elevated position to push for deepening integration. The Kremlin’s decision to openly embrace toxic figures like Borodai represents a striking departure from earlier policies of plausible deniability and is a strong indication that Moscow has no intention whatsoever of seeking a negotiated settlement with Ukraine in the foreseeable future.

Putin’s slow-motion annexation strategy has so far proved remarkably successful. While the international community was stunned into action by the 2014 seizure of Crimea and has more recently been quick to raise the alarm over troop concentrations close to the Ukrainian border, there has been virtually no response to the Kremlin’s many baby steps that threaten to make the current Russian occupation of eastern Ukraine permanent.

Instead, Western leaders have largely limited themselves to empty expressions of grave concern that have long since been interpreted by Russia as a tacit green light to proceed further. This reluctance to confront the Kremlin merely perpetuates the problem. Until the West imposes sufficient additional costs on Moscow, the gradual absorption of Ukrainian territory will continue and the country will remain a source of unending international instability.

In the present security climate, preventing a major new Russian offensive is obviously the short-term priority. However, the international community needs to recognize that it will eventually have to extinguish Putin’s imperial ambitions in Ukraine if it wishes to move beyond today’s Cold War conditions. As Russia becomes increasingly entrenched in eastern Ukraine, the cost of doing so will only increase.