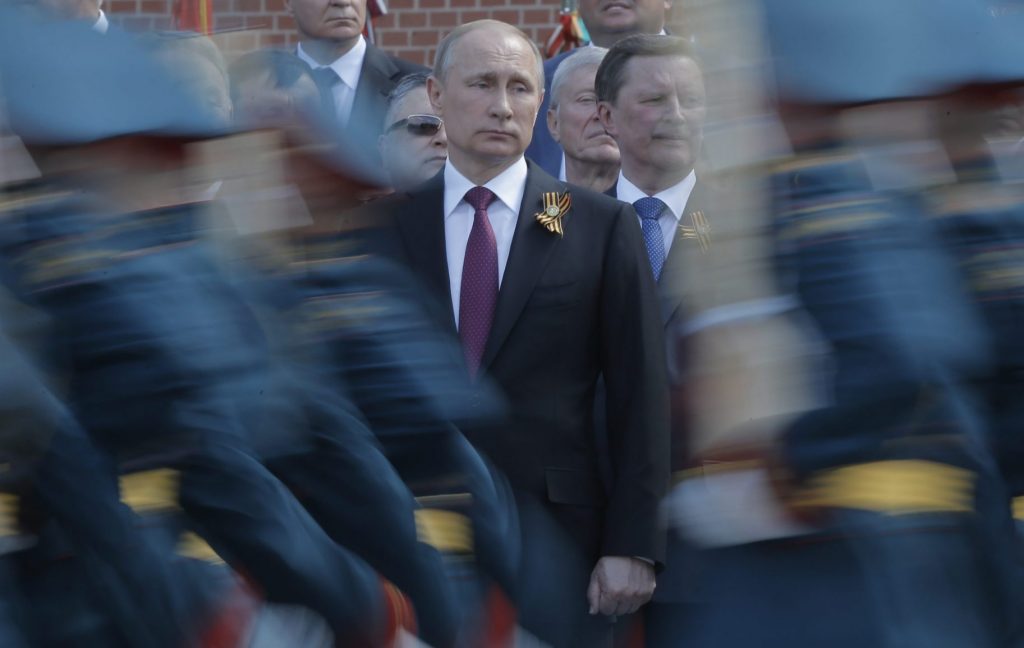 Recent weeks have seen fresh developments in the ongoing quest to end the six-year war in eastern Ukraine. The conflict has been semi-frozen since early 2015, with sporadic engagements along a stable front line and large swathes of Ukraine’s Donetsk and Luhansk oblasts under de facto Russian occupation. In an apparent bid to break the deadlock, Ukrainian President Volodymyr Zelenskyy appeared poised in early March to cross a key “red line” by agreeing to direct talks with the so-called separatist republics of eastern Ukraine via the creation of a new Advisory Council.

News of these plans sparked alarm and widespread opposition in Ukraine, including from dozens of Zelenskyy’s own MPs, who warned that any such engagement risked legitimizing Russia’s proxies and allowing Moscow to escape responsibility for the conflict. As debate raged, the coronavirus pandemic intervened and forced a convenient pause in negotiations. Few now expect the Advisory Council initiative to proceed as originally envisaged.

This episode illustrated the difficulties in finding compromises that would be equally palatable to both Ukraine and the Kremlin. While all peace processes necessarily involve painful concessions, the underlying causes of the current confrontation between Moscow and Kyiv leave little room for middle ground. In order to assess the prospects for a lasting settlement, we must first understand the deep roots of today’s conflict in eastern Ukraine. When viewed in a broader perspective, it becomes clear that Russia’s imperial ambitions, the geopolitical spread of democracy, and the search for a new European security model all converge to create significant obstacles to peace in Ukraine.

Moscow’s insistence on retaining control over Ukraine is not a recent phenomenon. On the contrary, it has been a near-constant feature of Russian history since long before the dawn of Ukrainian independence in 1991. Indeed, the failed Moscow putsch of August 1991 which signaled the final collapse of the Soviet empire was itself motivated in large part by conservative opposition to a new Union Treaty that would have given Ukraine considerable autonomy within a loosened Soviet federation.

The demise of the USSR did little to dampen Russia’s imperial appetite towards Ukraine. While the Soviet conservatives were ousted and replaced by pro-Western liberals in Boris Yeltsin’s new government, these liberals never represented much more than a thin veneer at the top of the post-Soviet Russian elite. Meanwhile, a strong contingent of revanchists dedicated to maintaining or restoring Russia’s control over neighboring territories pushed back hard. By 1993, Yeltsin had to use force to disband a parliament controlled by conservatives. In December of that year, the party of openly imperialist Vladimir Zhirinovsky won a new round of Russian parliamentary elections.

Why is this relevant in 2020? Because it demonstrates that Russian designs on Ukraine predate the expansion of NATO and other Western actions of the late 1990s and 2000s that are often cited to justify Russia’s 2014 invasion of Ukraine. In other words, simply promising Ukraine will not join NATO is unlikely to discourage Russian efforts to force the country into a subordinate relationship. Putin himself recently underlined this point during a major interview with Russian state television. Speaking at length on the subject of Ukrainian history, he explained his belief that Ukraine and Russia are one people. While there are undoubtedly propaganda reasons for Putin’s historical analysis, we should not ignore such clear statements of his goals.

The eastward spread of democracy since the end of the Cold War is another factor that makes the prospects for peace in Ukraine dim. Put simply, a democratic Ukraine will not choose to integrate with Russia. Even Ukraine’s most pro-Russian president since 1991, Viktor Yanukovych, only succumbed to Russian demands to reject an EU Association Agreement after coming under immense pressure from the Kremlin. It can therefore be said that democracy, which is the central value of the Western world, constitutes a geopolitical threat to Russia.

As long as most of Europe is democratic and Russia remains authoritarian, there will be boundary somewhere in Europe between democracy and authoritarianism. Moving that line westward by forcing Ukraine under Russian influence will not resolve the bigger problem of how these two conflicting systems get along. Ignoring the issue will also not help. The geopolitical consequences of post-1991 democratization have been seriously underestimated by many in the Western world, but few in Moscow have made the same mistake.

In light of this confrontation, the real question facing policymakers is whether a new and stable European security architecture can be constructed. Right now, Ukraine is the central sticking point, but resolving the Ukraine conflict requires agreement on a far more fundamental set of issues.

There are essentially two competing visions for the Europe of the future. The Western vision focuses on the right of each state to choose its orientation. The principle that one country cannot veto the choices of another is at the core of this worldview. The Russian vision, based on the logic of the nineteenth century Congress of Vienna and the twentieth century Yalta Conference, divides the continent into spheres of influence in which great powers dominate their neighbors.

In the Western view, peace is built upon norms, rules, and laws. In the Russian view, peace depends upon mutual respect for power. For this reason, many self-identified realists have advocated accepting Russia’s exertion of its power in Ukraine rather than fighting it. This is unacceptable to Europe for two reasons. First, it contradicts the ethos of the entire European project, which since the 1950s has been based on an understanding that the continent’s most powerful nations like Germany must be bound institutionally rather than left unchecked. Second, it implies that Russian rule will eventually extend as far west as Russian power allows.

The notion that if Russia gets its way in Ukraine it will become a status quo power is contradicted by recent Russian behavior elsewhere that has nothing to with Ukraine. From military interventions in Libya and Syria to election interference in the US, UK and elsewhere, Russia has engaged in wide-ranging efforts to overturn liberal institutions and increase its geopolitical influence at the expense of others. The Russia of the Congress of Vienna extended to Warsaw, while the Yalta Conference expanded the Kremlin’s reach all the way to Berlin. It is unclear why advocates of realpolitik now expect today’s Russia to voluntarily stop in Crimea and eastern Ukraine.

Calls for the West to back the reintegration of occupied Ukrainian territories on Russian terms are similarly unrealistic. For all of its flaws, Ukraine is a democracy. The Ukrainian people have repeatedly shown that they want neither reintegration with Russia nor the authoritarianism that would necessarily accompany it. Far from bringing peace, therefore, any attempt to force Ukraine under Russia’s thumb would likely lead to a far larger conflict.

Despite these uncomfortable geopolitical realities, there are increasing indications that European leaders desire to get back to business as usual with Russia. French President Emmanuel Macron has long advocated for a thaw in ties with Moscow, while the dramatic consequences of the coronavirus crisis will add further weight to arguments in favor of a reduction in tensions. Combined with the inexperience of the current Ukrainian government, this may lead to further concessions to Russia in eastern Ukraine. Supporters of such policies will likely claim they are merely being pragmatic. However, the idea that this could bring lasting peace in Ukraine or create a more secure Europe is optimistic bordering on naive.

Paul D’Anieri is Professor of Political Science and Public Policy at the University of California, Riverside. His book “Ukraine and Russia: From Civilized Divorce to Uncivil War” was published by Cambridge University Press in December.