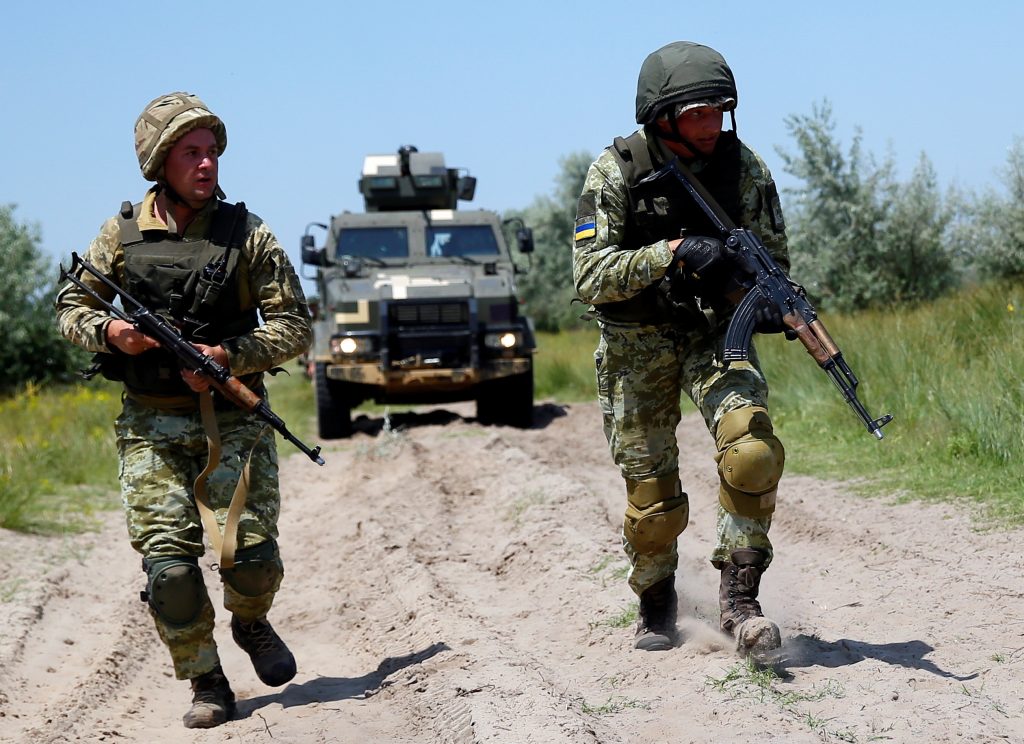 Every week or two, another opinion piece emerges to make the case for Ukraine’s supposed ineligibility for NATO membership. Some critics say NATO membership is a nonstarter because of Ukraine’s proximity to Russia, its fractious domestic affairs and backsliding on reform issues, or concerns about the Kremlin’s aggression in the Donbas and Russian occupation of Crimea.

The most recent arrow came from Matthew Mai, now with Defense Priorities, an organization that embraces realism in foreign policy. Realism prizes the US national interest first and foremost. This article, though, seems to care more about Russia’s interests, as defined by the Kremlin, arguing that the US should acquiesce to Moscow in the region.

The author is not all together wrong. When discussing Moscow’s motivation for invading Crimea and the Donbas, the author has it right. It was indeed driven, at least in part, by the Revolution of Dignity which pushed Viktor Yanukovych out of office for courting Russia instead of continuing negotiations on the EU-Ukraine Association Agreement. However, Mai draws a deeply flawed conclusion. He thinks any westward move by Ukraine should be shunned as it would be “unacceptable to any Russian leader.” Moscow doesn’t get to veto Kyiv’s foreign policy, or any other country’s foreign policy.

His other arguments don’t withstand scrutiny either. The author seems to take Putin’s recent “historical” analysis claiming Ukraine as part of Russia, a ludicrous claim that doesn’t hold up to the historical record. He takes the administration’s weak-kneed deal with Germany on the Nord Stream 2 pipeline, which undercut Ukraine and NATO allies in Eastern Europe, as a reason to bow to Kremlin hegemony there. Any realist knows that the stability and security of Europe is a vital interest of the United States. Instead, the article conjures up the far-flung concern of an unlikely war between the United States and Russia as an excuse to let Putin run roughshod over international law and norms.

For Mai, Ukraine’s sovereignty, territorial integrity and security are of no great importance to Washington. But that is only true if Eastern Europe is of no consequence to the United States. Wrong again.

The Kremlin’s motives are not hard to discern. Moscow wants to establish new rules of the international order or to weaken the current order. Its objectives include weakening NATO and the EU, which means that the United States has a vital interest in thwarting the Kremlin in Europe. Ukraine is at the very front of this war. If Ukraine cannot repel the Russians, they will go farther and try to gobble up additional European territory. They’ve been at it since 2008, and they show no sign of letting up. Helping Ukraine defend its territorial integrity and sovereignty is the most economical way of defending our NATO.

Adding Ukraine to the mix would not be pleasant for Putin, but NATO has a proud history of not shying away from opening its ranks to countries close to Russia. During the Cold War, rising concerns over potential Soviet aggression in Eastern Europe brought on West Germany’s re-militarization and admission to NATO. Western Germany served as another buffer to the rest of Europe, and it also allowed NATO states to help influence the country’s military development. This history makes Germany’s reservations about Ukraine’s potential NATO membership highly ironic.  Adding Ukraine and Georgia to NATO would simply be a continuation of NATO’s enlargement policy since the 1990s. In light of Moscow’s aggressive actions since 2008, NATO expansion has been an essential contribution to transatlantic security because it moved other former Soviet republics and Warsaw Pact members westward before the Kremlin started reasserting itself in the post-Soviet space.

In Foreign Affairs, Foreign Minister of Ukraine Dmytro Kuleba nailed it. He writes: “Ukraine is part of the West. No country’s geographic proximity to Russia should restrict the strategies of Washington or Brussels.” There’s no doubt that the Kremlin’s actions in Ukraine are designed to keep it far from Europe and the West, but that should not be the end-all for Ukraine’s NATO ambitions.

In fact, should the far-flung war between the United States and Russia somehow materialize, we would benefit from Ukraine being in the alliance. Ukraine could very well serve a similar purpose to that of West Germany during the Cold War. Its military already has extensive experience pushing back against the Russian military, thanks to the conflict in the Donbas, and its NATO integration would prove useful.

Realists needs to be realistic by acknowledging what the great powers are up to. Given the Kremlin’s hostile intentions, it is in the long-term interest of the United States and its NATO allies to continue working with Ukraine on NATO accession. Ukraine is an asset in the contest with Moscow. Even more importantly, if Ukraine succeeds in moving West, it might persuade Moscow to do the same thing.

As the Western world formulates its response to Russia’s recent saber-rattling on the Ukrainian border, one option would be for the United States to grant Ukraine the status of Major Non-NATO Ally.