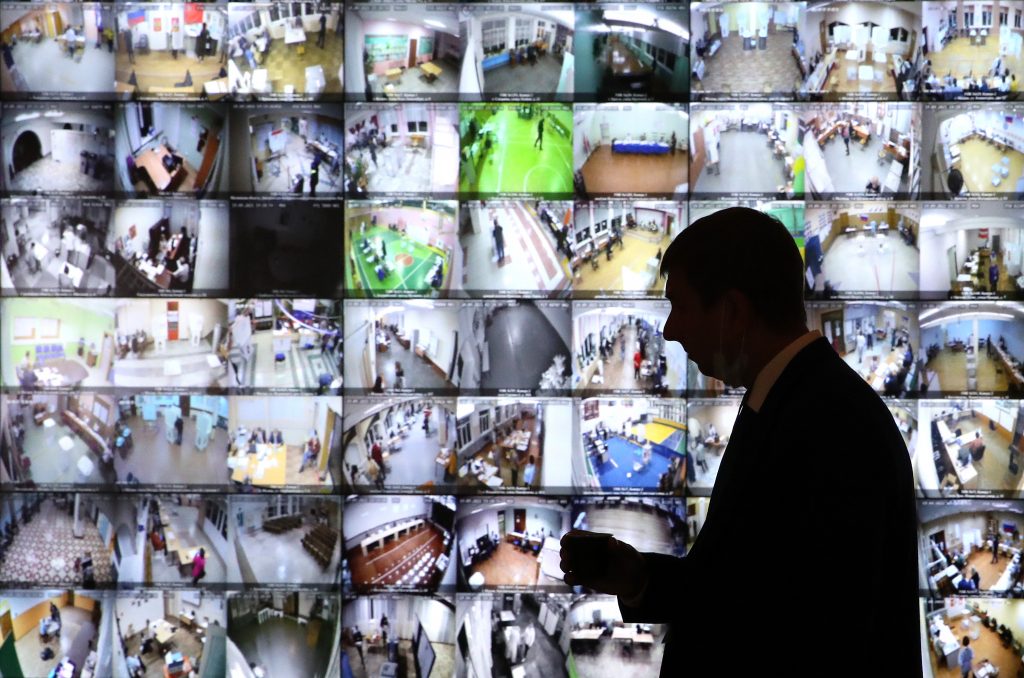 The Russian parliamentary election of September 17-19 removed any lingering doubts that Russia has ceased to be a democracy and exposed the true authoritarian face of the Putin regime. The international community must now acknowledge this reality by withholding recognition of the vote.

Long before polling stations opened across Russia on Friday, any chance of a free or fair election had already long since disappeared. In the months leading up to the election, most genuine opposition candidates were prevented from standing, with some jailed or forced into exile. The last remaining non-regime media outlets were muzzled, and the Russian internet purged of dissenting voices.

At times, efforts to suppress the vote verged on the absurd. In St. Petersburg, the authorities contrived to register a pair of “clone candidates” bearing the same name and a striking physical resemblance to one of the few opposition figures able to make it onto the ballot.

The crackdown also extended to global brands such as Apple and Google. Local staff of the tech giants were reportedly targeted with threats of imprisonment in order to force the removal of apps designed to mobilize the anti-Kremlin vote.

The election itself was no better. Over the course of the three-day vote, thousands of individual violations were reported, while social media was flooded with incriminating polling station videos depicting everything from ballot-stuffing to the physical intimidation of election observers. In numerous instances, suspiciously delayed electronic voting results appear to have helped secure victory for struggling regime candidates.

None of this was particularly surprising, of course. During the twenty-one-year reign of Vladimir Putin, Russian elections have steadily lost all pretense of democratic legitimacy and become a form of grotesque political theater enabling the regime to renew its grip on power.

Why should this vote be treated any differently than every other rigged Russian election?

One key factor is timing. This was the last scheduled national ballot before Putin’s current term as president comes to an end in three years. He is widely expected to remain in power after 2024, confirming Russia’s descent into dictatorship. Now would be a good time to send a clear and unambiguous signal that any such attempts will result in significant damage to Russia’s international standing and Putin’s own credibility as a political leader.

The decision to involve occupied Ukraine is another strong argument for refusing to recognize Russia’s election. Moscow has been staging elections in Occupied Crimea ever since the military seizure of the Ukrainian peninsula in 2014. However, this vote also saw a concerted effort to mobilize the captive electorate in Russian-occupied eastern Ukraine.

This ploy was partly designed to harvest more votes for Putin’s United Russia party, but it also seems to have been regarded by the Kremlin as an excuse to bind the occupied territories closer to Moscow and accelerate the policies of passport imperialism introduced in spring 2019.

Over the past two-and-a-half years, Moscow has distributed more than 600,000 Russian passports to Ukrainian citizens living in Russian-occupied eastern Ukraine. Some residents of the economically depressed region have accepted Russian passports as a means of obtaining work inside Russia. Others have been compelled to accept Russian citizenship in order to keep their jobs or gain access to state services.

The Kremlin’s goal is to turn eastern Ukraine into an unofficial passport protectorate. During a period of heightened Russian saber-rattling on the Ukrainian border earlier this year, numerous senior Kremlin officials made clear that the recently created population of Russian citizens in eastern Ukraine is viewed in Moscow as an open-ended excuse for military intervention.

Ukraine’s Security Service reported a sharp rise in the number of Russian passports being issued in the occupied east of the country on the eve of last week’s elections. Local residents reportedly faced the threat of fines or dismissals if they failed to participate in Russia’s parliamentary vote.

Residents of occupied eastern Ukraine were able to vote online or in person in neighboring Rostov region, with a fleet of more than 800 coaches and a dozen special rail services reportedly organized to ferry them over the border into southern Russia. Initial accounts indicate that some Ukrainians received Russian passports immediately prior to casting their ballots.

Conducting Russian election activity on Ukrainian territory invalidates the vote itself, while also making it a tool of the Kremlin’s aggressive foreign policy. This is why I asked the Ukrainian parliament last week to issue an appeal to international organizations and fellow parliamentarians around the world, calling on them not to recognize the Russian Federation’s State Duma elections. This proposal was overwhelmingly backed by Ukrainian MPs.

Talk of non-recognition is not unprecedented. On the contrary, it is closely in line with a resolution passed resoundingly by the European Parliament last week, which called on the EU to support democracy in Russia while branding the Putin regime “a stagnating authoritarian kleptocracy led by a president-for-life surrounded by a circle of oligarchs.”

“If this week’s parliamentary elections in Russia are recognized as fraudulent, the EU should not recognize the Russian Duma and should ask for the country to be suspended from international parliamentary assemblies, including the one of the Council of Europe,” commented resolution author and Lithuanian MEP Andrius Kubilius.

The international approach to recent developments in neighboring Belarus is also worthy of note. When Belarus dictator Alyaksandr Lukashenka reacted to domestic protests over a deeply flawed August 2020 president election by launching a savage crackdown, the EU and US responded by refusing to recognize him as legitimate.

Russia’s recent parliamentary election was every bit as undemocratic as last year’s Belarusian vote. Furthermore, the Kremlin has also forced thousands of Ukrainians to participate in the farce, while using the election to strengthen Moscow’s grip on eastern Ukraine’s Donbas region. This transforms the slow death of Russian democracy from a domestic into an international affair.

For far too long, the international community has played along with the charade that modern Russia is still a functioning democracy. This has only served to strengthen Putin’s position on the international stage and enhance his claims to legitimacy inside Russia itself. It is now time to try a different approach.

Refusing to recognize the recent Duma election will not change Russian behavior overnight. However, by rejecting this obviously falsified and deeply flawed vote, Western leaders can deny Putin the credibility he craves but does not deserve, while reaffirming their own commitment to the core democratic principles which the Russian leader so routinely violates.

Oleksiy Goncharenko is a Ukrainian MP with the European Solidarity party.