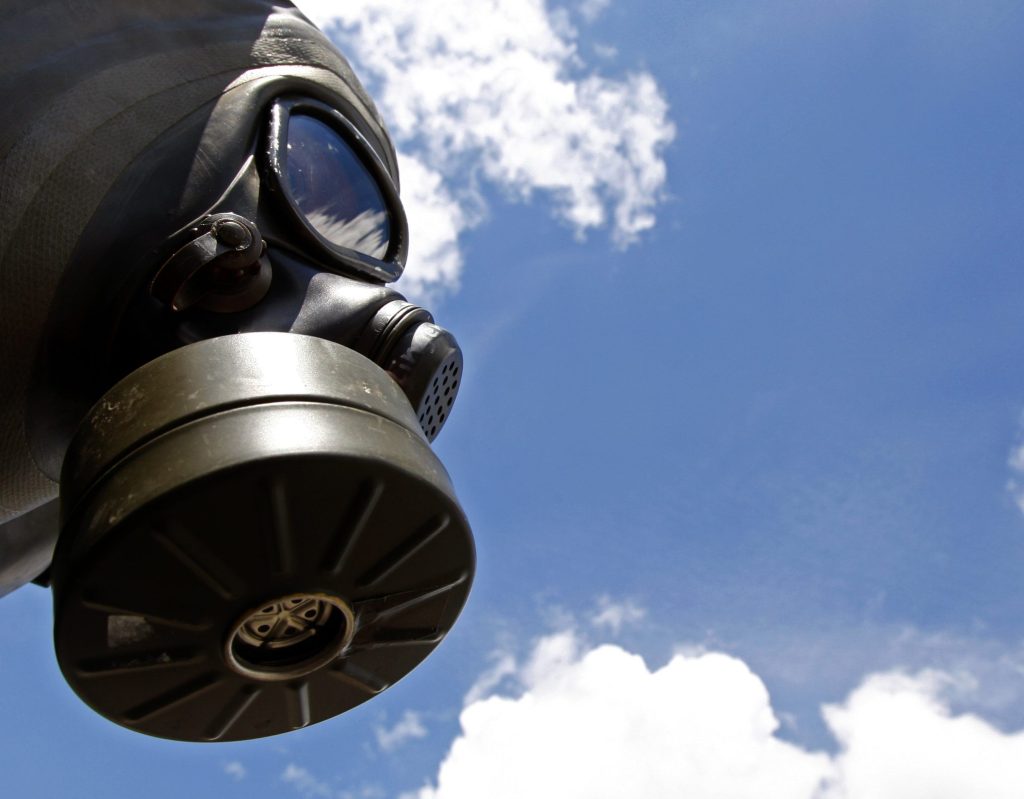 With Russia’s war in Ukraine foundering, there are increasing fears that Vladimir Putin might unleash chemical or biological weapons on Ukrainian soldiers and civilians. How realistic is this scenario?

Putin knows there is a special terror associated with chemical and biological weapons. Ukrainians have good reason to fear their use: the effects are awful. But delivering chem-bio weapons is difficult and dangerous even for well-trained professional soldiers. There is little to suggest Russian troops would be successful.

Chemical weapons like nerve, blistering, and choking agents are designed to kill or maim victims. For example, Russia used Novichok nerve agent in an attempt to murder political opponents in Salisbury in 2018. Biological agents like ricin and botulism are deadly or incapacitating toxins or diseases. For example, shortly after the 9/11 attacks, an unknown assailant sent weaponized anthrax through the US mail in an unsuccessful effort to kill members of Congress.

I experienced the fear of chemical attack firsthand while examining suspicious unexploded shells during the 1991 Gulf War, and while invading Saddam Hussein’s Iraq in 2003. I never quite knew if my chemical suit or mask were fitted just right, or if a tiny gap had opened up that might have exposed me to unspeakable suffering. Luckily I experienced nothing but false alarms. But even those unfounded fears were sobering.

Others have not been so lucky. Saddam used poison gas to kill thousands of Iranian troops in the Iran-Iraq War. He also deployed chemical weapons to murder thousands of his own people. More recently, Syrian civilians experienced deadly chemical attacks launched by their own Russian-backed government.

Russia almost certainly retains a sizable store of chemical and biological weapons. Moscow’s commitments to destroy the last vestiges of its Soviet-era stockpiles are no more believable than any random story on Russian state media. But having these terrifying weapons and putting them to effective use are two different matters. I see at least three reasons why the use of chemical or biological weapons in Ukraine could go badly wrong for the Russians.

There is little doubt that direct attribution would be unavoidable for any Russian chemical weapon attack in Ukraine. Experts on chem-bio weapons and Russian tactics assume the Russians would try to use a false flag operation to deny responsibility for their attack. They might attempt to make it look like the Ukrainians attacked their own civilians in an effort to discredit Russia, or they might even try to pin the blame on NATO.

This could still be an effective tactic for the Russian domestic audience, but the days of gaslighting Western leaders and reporters are over. Advanced Western surveillance, detection, and forensics will not allow Russia’s armed forces to secretly deploy chem-bio weapons. Russia’s failure to cover up even its most highly classified assassination attempts suggest it would fail even more spectacularly to cover up much larger battlefield attacks.

The chance of grave errors in chemical weapon delivery would be very high. Delivering chem-bio weapons is a complicated task best left to well-trained and practiced professionals. It is highly unlikely that Putin’s air, ground, or missile forces have retained the skills necessary to ensure safe and effective delivery of these deadly weapons from storage to target.

First, they must transport the weapons without mishap. Some containers, bombs, and shells are so old that their often caustic payloads may be leaking. Next, they have to prepare the weapons for delivery by airplane, missile, or artillery strike. This involves careful handling by soldiers trussed up in head-to-toe protective gear, a fraught prospect even under ideal conditions. Even before they launch their attacks, Russian soldiers would be at high risk of catastrophic failure.

It is important to note that Russian ground forces are not prepared to capitalize on chem-bio attacks. Launching these weapons can cause terror, injury, and death. But chem-bio attacks are not magical. They will not kill everyone they affect, and weaponized gasses cannot seize or hold territory. Simply firing these weapons into civilian areas like Kharkiv or Kyiv is likely to harden rather than weaken Ukrainian and Western resolve.

Chemical weapons are used most effectively to soften up targets for follow-on ground attack. Troops wearing protective gear must push forward into the contaminated zone riding in protected vehicles supported by decontamination trucks while carrying lots and lots of extra protective supplies. Given the present state of Russian forces in Ukraine and the probable lack of advanced chem-bio training, this would be all but impossible. If the Russians try to push their own troops into a chem-bio environment they are likely to suffer much the same fate as their victims.

The Russian military can certainly attack Ukraine with chemical and biological weapons. But they probably cannot do so effectively or without significant risk to their own forces. Russia will be caught out and, in keeping with its overall strategic failure in Ukraine, achieve little more than increasing international opprobrium and isolation. Putin would be wise to leave his chemical and biological weapons safely tucked away in cold storage or, better yet, to destroy them as promised.

Ben Connable is a nonresident senior fellow at the Atlantic Council and adjunct professor of security studies at Georgetown University.