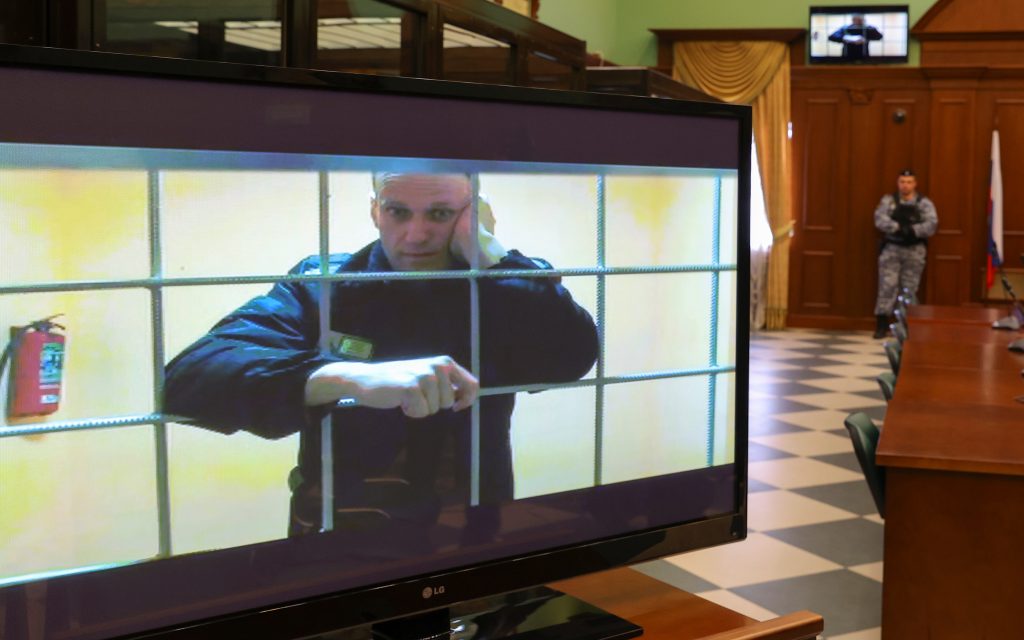 Poisoned and jailed on trumped-up charges, Navalny has spent the last 18 months in prison, occasionally passing messages through his lawyers to publish in op-eds or on social media. But when his lawyers arrived at Russia’s Pokrov penal colony for a June 14 meeting with Navalny, they were simply told, “There is no such convict here.”

Navalny seemingly vanished off the face of the earth overnight, says his spokesperson Kira Yarmysh. His team received word a few hours later that he had been transferred to a different maximum-security prison. The opposition leader, turned gaunt by difficult prison conditions and a hunger strike, was slated for a transfer last month after being sentenced to another 15 years on bogus charges. But according to Yarmysh, neither his family nor his lawyers were informed in advance of the transfer, much less when and to where.

While the fear that he may be “disappeared” and killed seems to have dissipated, Navalny’s prospects remain grim. Transferred to the high-security IK-6 penal colony at Melekhovo, the anti-corruption crusader and former Russian presidential challenger now faces life in a prison infamous for ghastly conditions, brutal torture, and murders.

In a penal system known for turning fellow prisoners into collaborators, Navalny remains at the mercy of a regime that stands accused of attempting to kill him on two separate occasions. His predicament reflects the deteriorating climate across Russia for what remains of the country’s anti-Putin opposition as the Kremlin exploits wartime conditions to crush dissent.

Russia still bears the unhealed scars of the Soviet Gulag, a vast system of camps where millions were killed through forced labor, torture, executions and starvation. In the final years of the Soviet era, political prisoners were released from the gulags and human rights organization Memorial was founded to document the horrors of the camps. When Memorial was liquidated and banned by the Russian government in December 2021, it was widely seen as a green light for future abuse.

Many of the voices that would normally draw attention to the Kremlin’s crimes are currently being silenced. While attention focuses on Russia’s genocidal war in Ukraine, the Russian government is accelerating its brutal crackdown on any shred of dissent at home.

Navalny’s anti-corruption network, Russia’s independent news media, and many of the country’s remaining independent human rights NGOs were silenced in the lead up and immediate aftermath of the February 24 invasion. Other top opposition leaders like Vladimir Kara-Murza and Ilya Yashin have since been arrested and jailed on dubious charges.

Kara-Murza and Yashin are just two of more than 15,000 Russians detained since the full-scale invasion of Ukraine. Some were arrested for joining mass anti-war demonstrations, others for the seditious crime of holding a blank piece of paper in public.

This latest wave of repression comes as Putin and regime loyalists are drawing battle lines inside their own country and giving their most rabid supporters internal enemies to go after. Since the start of the invasion, hundreds of thousands of Russians have fled the increasingly repressive domestic environment. Some of those who stay and speak up find their homes vandalized with pro-war symbols and violent threats.

Navalny may be the bellwether for what comes next for the Kremlin’s domestic political enemies. The remnants of his anti-corruption network say one of the only things keeping him alive is the significant global attention his case attracts and the pressure it generates from rights organizations, Western governments, and the public.

It was feared Navalny would die early in his sentence in 2021 when he went on hunger strike to protest over a lack of medical attention. On that occasion, massive pressure from around the world eventually helped get Navalny transferred to a prison hospital.

The Kremlin is now relying upon a distracted international community as Russia descends into full-blown totalitarianism. While support for Ukraine remains at the top of the international agenda, a faltering global economy and security concerns arising from the Russian invasion threaten to draw attention away from Putin’s violent excesses inside Russia itself.

Through his war of annihilation in Ukraine and increasingly ruthless suppression of all independent voices inside Russia itself, Putin is turning his country into what may be the twenty-first century’s most dangerous totalitarian state. Standing up to this darkness means standing by Ukrainians as they fend off Moscow’s invading forces and also standing up for the people being swallowed alive by the Russian state.

Doug Klain is an assistant director at the Atlantic Council’s Eurasia Center in Washington, DC. Find him on Twitter at @DougKlain.

Image: Russian opposition leader Alexei Navalny is seen on screens via a video link from the IK-2 corrective penal colony in Pokrov during a court hearing to consider an appeal against his prison sentence in Moscow. May 24, 2022. (REUTERS/Evgenia Novozhenina)